Eat These Foods for a Sexy Valentine’s Day

As we approach Valentine’s Day, wouldn’t it be nice to know how to turn up the “heat” and make your partner’s passions go into overdrive? One way to get those juices flowing is to use an aphrodisiac, which can be any food or drink that increases libido when consumed. 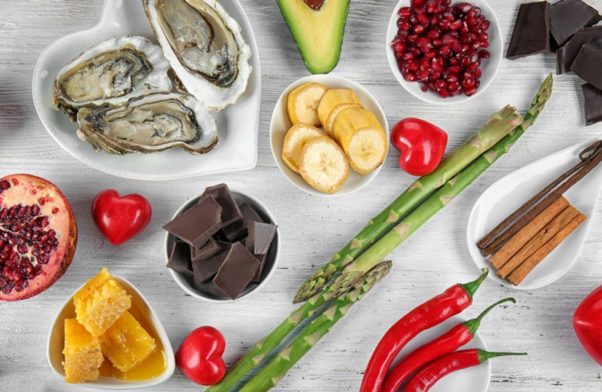 Aphrodisiacs are distinct from substances that address fertility issues such as impotence or sexual dysfunction. From the Greek word aphrodisiakon, or “pertaining to Aphrodite,” the idea comes from the goddess of love. But really, is the notion of using an aphrodisiac a bit too silly to make the bedroom pop?

“This concept is based on science, as traditionally it is known some foods possess chemical properties that could increase pheromones and heighten our interest and others may indirectly boost testosterone or estrogen levels, thereby increasing human sex drive,” says Dr. Niket Sonpal, a board-certified New York internist and gastroenterologist. “Others are considered arousing because of their appearance or texture.”

In honor of Valentine’s Day, Sonpal shares some of the foods commonly believed to have aphrodisiac powers.

Classically, to be considered an aphrodisiac, a substance should: 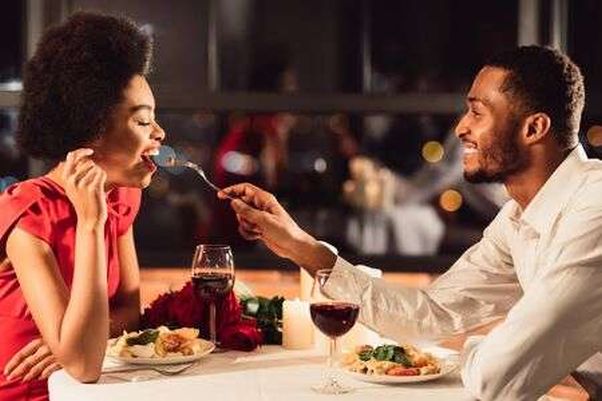 Turn up the “heat” this Valentine’s Day and make your partner’s passions go into overdrive. (Photo: 123rf)

One of the most infamous aphrodisiacs, as their appearance mimics the labial folds of a vagina; oysters are high in zinc and have a reputation for being great for love and fertility. Researchers found that oysters contain amino acids that trigger production of sex hormones. Sonpal says that, “Oysters offer a lean source of protein to help give you energy all night long and, in addition to offering the body zinc, which helps blood flow and nourish sperm, there’s scientific evidence that an amino acid found in oysters may directly raise sexual hormone levels.”

Pistachios have been around for many years. They have many health benefits as they contain protein and fiber. Nevertheless, they also help to reduce symptoms of erectile dysfunction. This could be due to the fact that pistachios lower cholesterol and stimulate blood flow throughout the body.

Skip the coffee after dinner and reach for a cup of Indian chai tea. The typical spices in this brew include ginger, cloves and cinnamon. All come from exotic places and certainly will get the blood flowing, and it has almost no caffeine so the stimulant effect is less than coffee, so you will still be able to drift off to sleep with your lover after your lovemaking!

Alcohol can be a great way to calm the nerves and get into the mood provided you don’t overdo it. Spice up your Valentine’s night with a chili martini. Thai chilies have been known to be an aphrodisiac for years because they cause your nerves to release epinephrine, which results in increased blood flow. Having a drink like this will stimulate your body and get you in the mood.

If you aren’t feeling bold enough to try the chili martini, why not have red wine? Red wine will be sure to leave you feeling less awkward and aroused. The scent alone has been proven to get people in the mood. It is proven that wine decreases inflammation and gets your blood pumping.

High levels of folic acid, vitamin B9 and B6 all provide your body with energy and even help to increase testosterone production. Food has been used throughout time to work as a way to increase sexual arousal. On top of their excellent taste, they have health and sexual benefits that could be used as a stimulant.

Like many other foods, asparagus increases blood and oxygen flow due to the vitamin E and potassium in it. It also tends to stimulate the urinary tract system, which causes you to have an “itch” down there that some find arousing.

With their phallic shape, bananas already look tempting and sensual; but they also contain bromelain, an enzyme that Sonpal says can trigger testosterone production. Its vitamin B can elevate energy levels and the high sugar content gives the brain a kick.

Scientists ascribe the aphrodisiac qualities of chocolate to two chemicals it contains. One, tryptophan, is a building block of serotonin, a brain chemical involved in sexual arousal. The other, phenylethylamine, a stimulant related to amphetamine, is released in the brain when people fall in love.