Many people associate playing sports with drinking sports drinks – in some cases because it is what they see the professionals do. 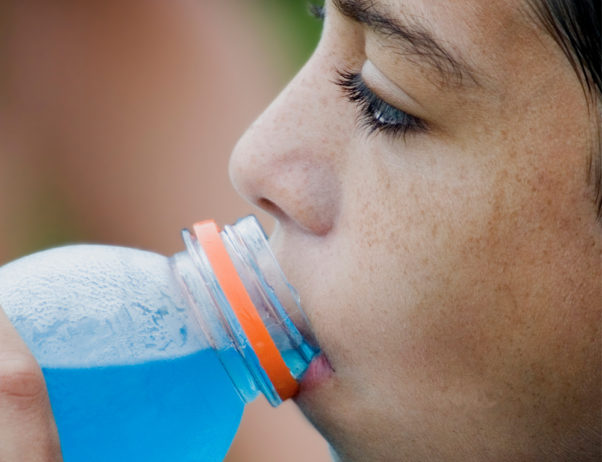 Doctors warn that unless you are exercising intensely for 45 minutes or more, water is better than sports drinks for rehydration.
(Photo: Thinkstock)

The problem is, most recreational athletes don’t play at an intensity or for a duration that would require their hydration to come with extra sugar and salt.

“Sports drinks can replenish some of what you lost during exercise, but you really need to be exercising for more than 45 minutes to an hour before you would consider that,” said Dr. Matthew Silvis, director of primary care sports medicine at Penn State Health Milton S. Hershey Medical Center. “Many of our kids are not doing enough to warrant it.”

In a nation with an epidemic of childhood obesity, having kids chug sports drinks loaded with extra sugar as they exercise is not recommended.

“Kids and adolescents really should not be using these drinks,” said Dr. Katie Gloyer, a primary care sports medicine physician at Penn State Medical Group in State College, Pa. “Water is the best method of hydration.”

Young people who sip on sports drinks as a regular drink without physical activity also run the risk of weight gain and tooth decay from the added sugar. And then there are energy drinks, which some professional athletes use to boost performance and gain a competitive edge by providing them with caffeine and other stimulants to increase focus and prolong their attention span.

Gloyer said she doesn’t even recommend those to the adult, professional athletes on teams she works with: “It’s better to improve your skills and conditioning, practice more and focus on better nutrition rather than look to these products.” 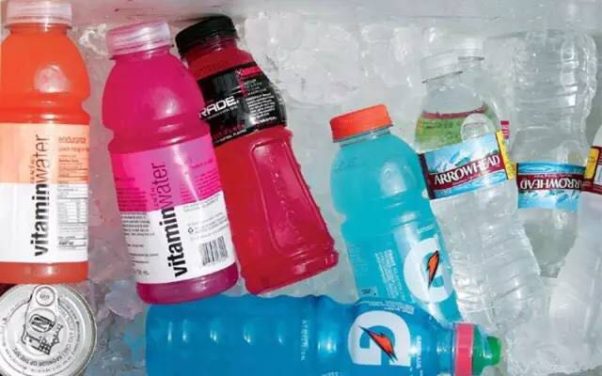 For children and adolescents, energy drinks can be downright dangerous. The beverages, which are not regulated, can contain several servings of harmful products in one container and easily exceed the amount of caffeine and other stimulants that are considered to be safe. That can elevate blood pressure and cause cardiac problems such as palpitations and arrhythmias, not to mention giving the user headaches, an upset stomach and a general jittery or nervous feeling.

“You don’t want to feel those symptoms when you’re participating in a sport,” Gloyer said.

Silvis said the focus really should be on water and making sure kids are properly hydrated during exercise. “If they are playing 30- or 45-minute halves, they should have a water break and maybe add fresh orange slices or a granola bar to add a bit of sugar and/or protein at an appropriate level,” he suggested.

For post-workout recovery, plain old chocolate milk works just as well – if not better – than the fancy recovery drinks now on the market. Whole or low fat, it doesn’t matter. “Chocolate milk has the perfect combination of fat, proteins and carbohydrates that you want to get back into your system,” Silvis said.

Of course, if the goal of exercise is weight loss, Silvis said water still reigns king: “Otherwise you can end up drinking more calories than you burned while exercising.”