Lack of Sleep Can Raise Blood Pressure, Cause Other Problems in Adults and Kids

It is well known that chronic sleep deprivation can affect cardiovascular health. But according to a new study from Columbia University Irving Medical Center, even mild sleep problems, such as having trouble falling asleep, can raise blood pressure in women. 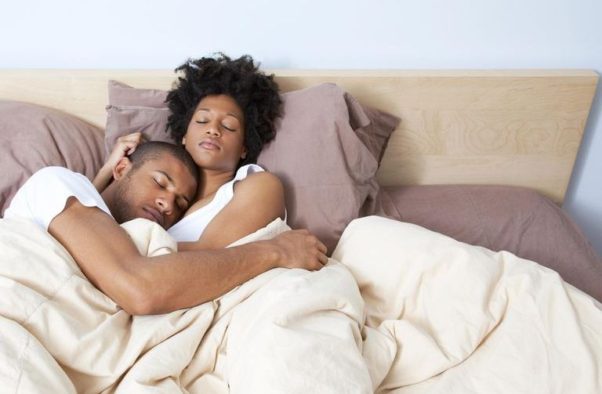 A new study found that even mild sleep issues could cause high blood pressure in women. (Photo: Getty Images)

Nearly one-third of adults don’t get enough sleep. For women, the problem may be even bigger. Studies suggest that women are at greater risk for sleep problems, with some researchers reporting that chronic insomnia may be twice as common in women as in men.

“That’s concerning, since studies have shown that sleep deprivation and milder sleep problems may have a disproportionate effect on cardiovascular health in women,” says Brooke Aggarwal, lead author and a behavioral scientist at Columbia University.

The study, Effects of Inadequate Sleep on Blood Pressure and Endothelial Inflammation in Women: Findings from the American Heart Association Go Red for Women Strategically Focused Research Network that was published in the June 19 issue of the Journal of the American Heart Association, looked at blood pressure and sleep habits in 323 healthy women. Mild sleep disturbances — poor-quality sleep, taking longer to fall asleep and insomnia — were nearly three times more common than severe sleep disturbances, such as obstructive sleep apnea.

Women who had mild sleep problems — including those who slept for seven to nine hours a night — were significantly more likely to have elevated blood pressure. Researchers found an association between inflammation of the cells that line blood vessels and mild sleep disturbances.

Not just adults need their sleep

But it isn’t just adults who need their sleep. Now that summer is here, it can wreak havoc on the body’s internal clock. Longer days, evening outdoor activities and a lack of school the next morning can throw even the most family’s sleep schedules out of whack.

Dr. Cheryl Tierney, chief of behavior and developmental pediatrics at Penn State Children’s Hospital, said it is unrealistic to expect children, or thier parents for that matter, to keep the same rigid schedule during the summer. But that doesn’t mean summer should turn into a sleep in free-for-all.

“It’s about having a balance,” she said. “Compromise is reasonable.”

Younger children often wake up at the same time every day, whether they have school or not. When they are going to bed later, they simply get less sleep. That can produce the same types of problems adults have when they skimp on shut-eye — irritability, headaches and difficulty paying attention.

With summer in and school out, lack of sleep can cause irritability, headaches and difficulty paying attention in children.
(Photo: Getty Images)

“Children can get short-tempered as the day goes on,” Tierney said. “Instead of looking like they need a nap, it can look a lot like attention-deficit/hyperactivity disorder in some younger children.”

Tierney said that behavior lessens with a good night’s sleep. “You are more attentive, clear headed and better able to consolidate your learning when you are rested,” she explained. “Your memory also improves with sleep. You can process information and make decisions more efficiently.”

She recommends younger children keep closer to their regular sleep schedule — going to bed no more than an hour past their normal time. Depending on their biology and natural circadian rhythms, middle schoolers through high school children can push that a bit. Older children should not stay up more than two hours past their regular bedtime. “Otherwise, it can creep later and later until they are staying up all night and sleeping the day away.”

A compromise might be for kids to get out of bed at 9 a.m. if they typically get up at 6 a.m. for school but would prefer to stay in bed until noon. Another option is to stick to a regular schedule during the week and be more relaxed on weekends. Children older than five or six should avoid afternoon naps because it can make it more difficult for them to fall asleep at night.

Children who get physical activity during the day and avoid the use of electronic devices in the evening may find it easier to go to sleep at a more reasonable hour. Not eating a large meal before bed and keeping the bedroom cool and dark can also promote good sleep habits during the summer.