You Can Go for a Run, Walk or Bike Ride

If you rely on physical activity to help maintain your sanity, social distancing during the coronavirus crisis can feel like a special kind of torture. Since going to the gym or sweating it out in a yoga class isn’t a good idea at the moment (if the gyms in your area are even still open), you might be wondering, what can I do? Get out and run. 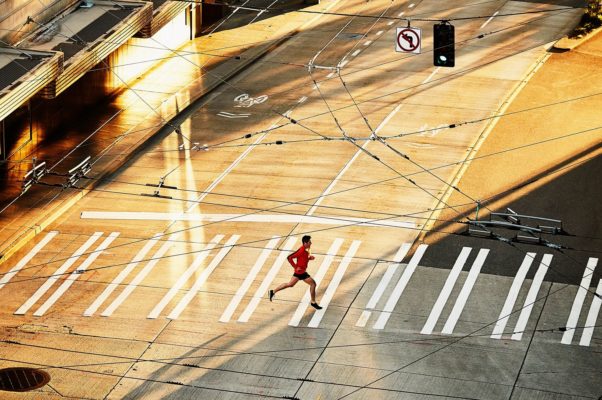 Since going to the gym or a yoga class isn’t a good idea at the moment, doctors say you can go for a solo run outside if you maintain at least 6 feet between you and others. (Photo: Getty Images)

No, really. Go for a solo run or jog outside.

“Solo jogs are generally fine while engaging in social distancing,” said Dr. Maimuna Majumder in an email. Majumder, who is a faculty member at the Computational Health Informatics Program at Harvard Medical School and Boston Children’s Hospital said, “The general rule of thumb is to just keep a six-foot distance from others who may be out and about. This distance should in principle keep both you and anyone else around you healthy while you’re outdoors.”

Dr. Joseph M. Vinetz, an infectious diseases expert at the Yale School of Medicine, agreed. “It’s not like there’s this swarm of infection out there waiting for people to get exposed to,” he said. “The virus comes from people coughing and sneezing. It goes directly onto somebody else or onto a surface that people touch like door handles, guardrails or elevator buttons. But that’s not what you do when you jog.”

But what about running in a group? You should skip it. But, “I think exceptions can be made for family units who live together and are all healthy,” said Majumder. “In other words, it’s OK for you and your partner to go out jogging together without maintaining the six-foot distance mentioned about as long as both of you are healthy and don’t have respiratory symptoms.” 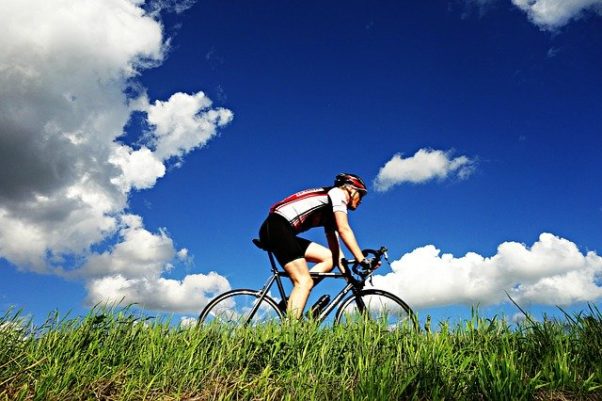 Experts recommend avoiding densely populated areas where it would be difficult to maintain the recommended six-foot distance. (Photo: Mabel Amber/Pixabay)

One of the biggest factors to take into consideration is where you are jogging. Both Majumder and Vinetz recommend avoiding densely populated areas where it would be difficult to maintain the recommended six-foot distance.
“It’ll be easier to maintain the six-foot distance in suburbs than it might be in more densely packed cities,” said Majumder. “Low traffic trails are a great idea during times like this.”

Soap and water continue to be crucial defenses against the virus. “Wash your hands with soap and water for 20 seconds both before and after jogging,” advised Majumder.

For the non-runners among us, Majumder recommends hiking and biking as great alternatives. “I would avoid playground equipment and other public utilities, though,” she said. And should you need to use a public water fountain to fill up your water bottle, Vinetz pointed out that you might want to wipe down any buttons before doing so.

Running or not, ultimately, the best thing you can do to avoid coronavirus is to use common sense. “If you’re not feeling well, stay home. Period,” he said. “If there’s something off, you don’t go out. If there’s a chance that you might have symptoms of the virus, you don’t go out.”