Celebrity chef Wolfgang Puck, who opened The Source restaurant in the Newseum in 2007, will open his high-end Cut by Wolfgang Puck in Georgetown’s Rosewood hotel, 1050 31st St. NW, replacing The Grill Room this coming March. 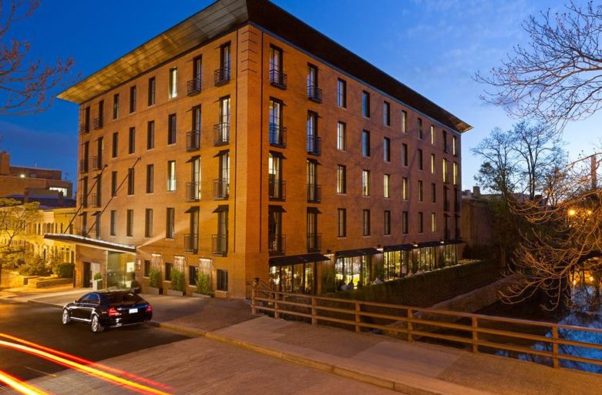 The “contemporary twist on the classic steakhouse” first opened in the Beverly Wilshire Hotel in Los Angeles and offers 18 cuts of steak in addition to seafood, pork and lamb, and will have a Mid-Atlantic focus. It will be the seventh location, joining restaurants in Las Vegas, New York, Doha and Singapore. Chef Andrew Skala, a veteran of the group who has worked at branches of Cut and Spago over the past 13 years, will lead the kitchen.

In preparation for the new restaurant, the hotel will close on Oct. 17 for renovations to its dining and public spaces and to add six neighboring townhouses to its room inventory. This is the second overhaul of the luxury hotel, which opened as the Capella in 2013 with former White House chef Frank Ruta in the kitchen and became the Rosewood in April 2016. At the remodeled Rosewood, Puck will take over all the dining areas, including food and drink for the revamped lobby bar and rooftop bar and lounge. 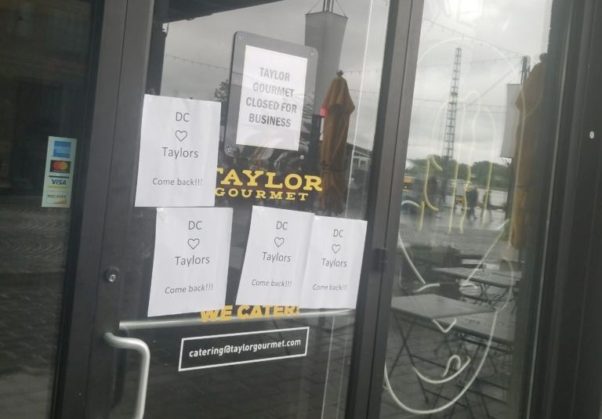 Taylor Gourmet LLC filed 26 separate Chapter 7 petitions on Sept. 27 in Delaware bankruptcy court – one for the parent company, one for each of the 19 locations in the DMV that closed on Sept. 23, two for affiliated management companies and one for its catering kitchen at 1150 Connecticut Ave. NW. There were also three petiions for limited liability corporations affiliated with stores that never opened — 1418 14th LLC where Taylor Gourmet had planned to open a new concept in 2012 but never did (it is now a Dolcezza); one for The Boro in Tysons Corner; and another with a Willis Tower address in Chicago, where Taylor had planned to open its third location in that city.

According to the filings, Taylor Gourmet has assets of between $1 million-$10 million and liabilities of between $10 million-$50 million. After liquidation, the company said it does not expect to have any funds to pay unsecured creditors.

Although the filings specify between 50-99 creditors, the list submitted with the cases contains hundreds of names, including individual employees. The list, which doesn’t rank the creditors, includes landlords, public relations firms, a Chicago knife sharpening company and Herr’s potato chips, which the stores sold exclusively.

According to the filings, three entities affiliated with KarpReilly, the Greenwich, Conn.-based private equity firm that took a $5.6 million stake in Taylor Gourmet in 2015 and sent the hoagie shops into bankruptcy when it pulled its funding, own 10 percent each: KarpReilly Capital Partners II LP, KarpReilly Direct LLC and KR Taylor Gourmet BL LLC.

And while founder Casey Patten is listed as co-CEO, he only owns a 2.43 stake in the company, according to the filings. He is also listed among Taylor’s creditors. Co-founder David Mazza does not hold equity in the company, according to the documents. However, both are listed as managers of Taylor Gourmet LLC along with Allan Karp and Chris Reilly. 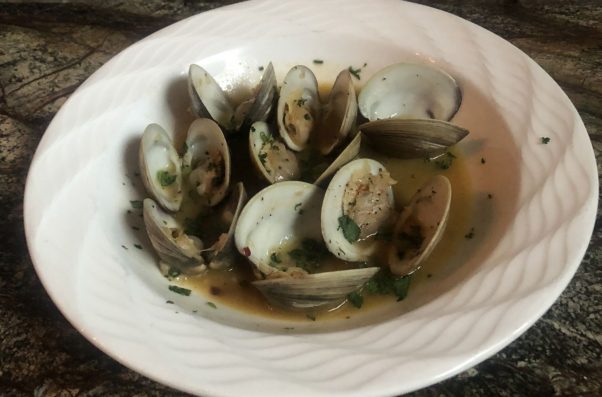 The menu is based on chef/partner Danny Lledó’s upbringing in the kitchen and vineyard, combining wines and classic techniques with a contemporary flair. Happy hour specials at the 14-seat bar are available from 3-7 p.m. daily, from 11:30 a.m.-11 p.m. on Thursday and from 10 p.m.- midnight on Friday and Saturday. Diners can order $4-$5 draft beers, $7 house sparkling rosé, white and red wine by the glass, $8 signature cocktails along with 25 different snacks, priced from $3-$9 each. 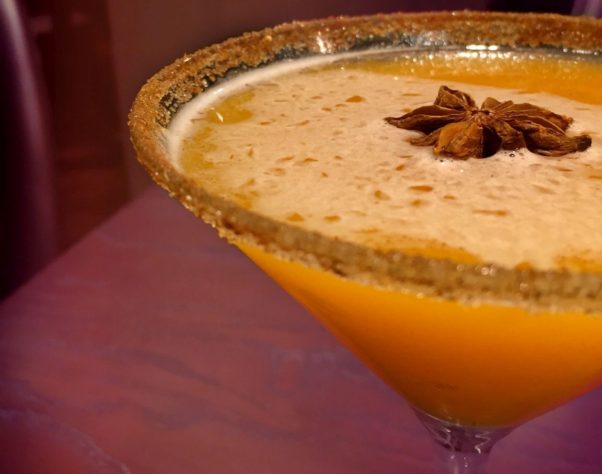 To make your own pumpkin spice martini at home, mix One Vodka with pumpkin purée, a splash of fresh lemon juice and top it with house-made cinnamon and simple syrup.

Chefs for Equality set for Tuesday 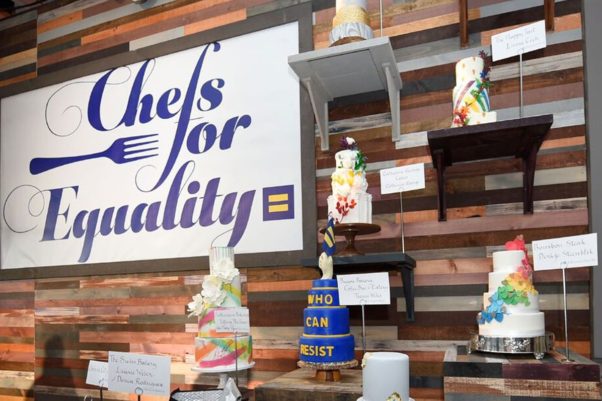 Area chefs, pastry chefs and mixologists join forces to stand up for equality. This year’s theme, “Chefs for Equality: Deliciously Defiant!” is a direct response to the uncertain future of equal rights for the LGBTQ community.

Tickets are available online for $200 per person. Proceeds benefit the HRC’s efforts to protect same-sex marriage and equal rights throughout the country.