Each year, Americans develop more than 50 million cases of foodborne illness. While some are caused by eating out, like the recent outbreak of more than 135 cases of norovirus at the Chipotle in Sterling, Va., others originate in home kitchens. Still more result from contact with someone already infected. 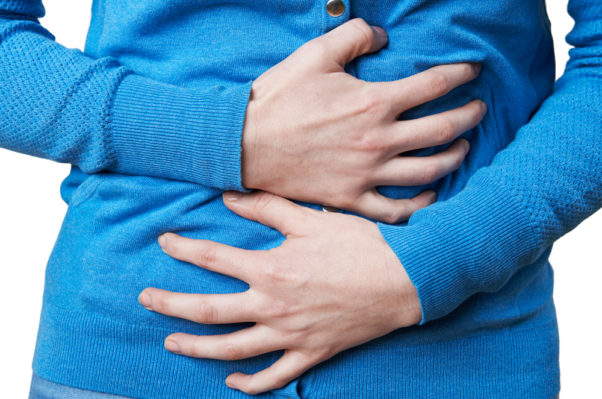 Norovirus is the most common cause of foodborne illnesses in the U.S. with 16 million-21 million cases annually, according to the Centers for Disease Control and Prevention.

While stories of restaurant health code violations, recalled groceries and entire cruise ships being affected make the news, foodborne illness is so common it often goes undiagnosed or is confused for a stomach bug.

Dr. Brian McAllister, a gastroenterologist at Hershey Medical Center, said clinical history can help determine the cause of symptoms such as nausea and vomiting, diarrhea and abdominal pain.

“It can be helpful to know about sick contacts, food and travel history,” he said. Whether the illness came from food or from a highly contagious stomach bug such as the norovirus, recommendations and treatment are often the same. Rodgers said because foodborne illnesses are highly contagious, being in close quarters with an infected person can also cause them to spread.

In the case of the Chipolte at 21031 Tripleseven Road, Sterling, in mid-July in which two men have filed lawsuits seeking $74,000 in damages, company officials have said a sick employee may be the culprit behind the outbreak. CEO Steve Ells said on a conference call with investors that a company investigation into the illnesses found that its leadership at the store didn’t adhere to its protocols. The store reopened after being closed two days and sanitized.

Norovirus is easily spread when a person who is ill prepares food, does not wash their hands before preparing food or does not properly sanitize the work surfaces they have come into contact with. According to the CDC, fruits and vegetables can also be contaminated in the field — though contamination in the kitchen is more common.

More than 135 people got norovirus after eating at this Chipolte in Sterling, Va., in mid-July. (Photo: Google Maps)

“Most cases are self-limited and will resolve over the course of days,” McAllister said. He advises patients to stay well hydrated and rest their bowels by adhering to a bland, low-fat diet for a few days. If the symptoms come alongside fevers, bloody or inflammatory diarrhea, severe pain or signs of dehydration such as dizziness, increased heart rate, muscle ache or fatigue, it is time to seek medical attention.

Rodgers said children and those who have chronic illnesses or suppressed immune systems should head to the doctor sooner. “The body is amazing how it can fight off these illnesses, but the threshold for seeking medical care depends on the individual,” he said.

Although it can be difficult to avoid ever getting a foodborne illness, both doctors agree there are some things you can do to minimize your risk. The first is proper sanitation when handling food.

“If all of us washed our hands and were careful with food, it would greatly reduce the number of infections we see,” Rodgers said.

When cooking, don’t use leftover marinade on cooked foods or use utensils that touched uncooked food to serve prepared items.

He recommends the use of a meat thermometer to ensure that the meat is cooked to a temperature that would rid it of any viruses or bacteria.

Most people know to be careful with raw meat, seafood, poultry and eggs, but Rodgers said the same types of viruses and bacteria can be present on produce and other types of food, so he recommends washing produce and leafy greens.

Picnics and cookouts tend to be times when people leave food out longer because they are socializing and doing activities besides eating. During the summer months especially, it is crucial to keep food refrigerated and not let it sit out for more than two hours. When temperatures pass the 90-degree mark, the time food can stay out decreases to just an hour.

And as for sizing up the cleanliness of a restaurant when eating out, Rodgers recommends going with your gut feeling. “If the place seems clean and tidy, they probably follow good practices with their food. If it looks a bit shady, I would move to another place,” he said.

If in doubt, look up the government health inspection for the place. “Americans eat out all the time and overall, we do very well,” Rodgers said.