Digital media changes so quickly that the American Academy of Pediatrics updated its recommendations on media use and screen time for children just a year after issuing its previous guidelines. 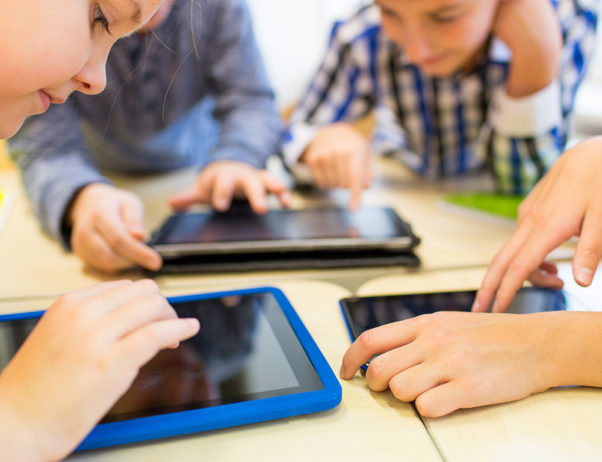 The American Academy of Pediatrics relaxed its recommendation of no screen time for children younger than two, but reduced the time for kids ages two to five to one hour a day. (Photo: Thinkstock)

“It’s such a rapidly evolving field that we’re trying to stay on top of what is out there and the information we have on how it may impact health,” said Dr. Jennifer Kraschnewski, executive director of Penn State Pro Wellness, an organization that focuses on helping children and families live healthier lifestyles.

The AAP relaxed its recommendation of zero screen time for children younger than age two, suggesting that children that age can benefit from interactive video chats with family members when provided with parental support. For preschoolers ages two to five, the two-hour max per day was decreased to a single hour of screen time.

“They also strengthened their recommendations on when it is appropriate to use digital media,” Kraschnewski said, noting that meal times and bedtimes are best done without devices. “It’s really important to preserve family meal times because, aside from nutrition and eating the right amount of food, it has been found that it helps kids socially and helps them make smart decisions.”

Limiting exposure to screens around bedtime makes sense for both children and adults in light of studies that found light from digital devices and screens can affect the amount and quality of sleep. Although children younger than eight have been watching less television during the past decade, older Kraschnewski said children’s screen time has increased, especially the 76 percent of teens who are on at least one social media site.

The new recommendations distinguish between high-quality programming – well-designed programs such as Sesame Street that can improve a child’s cognitive and literacy abilities and even social outcomes – and smart phone apps and other digital entertainment.

“Most of the apps under the educational section have not been designed with any input from educational specialists and may not be actually helping your child learn or retain information,” Kraschnewski said. “Actually, sometimes the gaming done within the apps can be distracting, and the child isn’t gaining what you thought.”

Higher-order thinking skills and executive functions are still best taught through social play and adult interaction, she said. And if the grownups in the house are always engaging with screens, it’s likely the kids will follow suit. 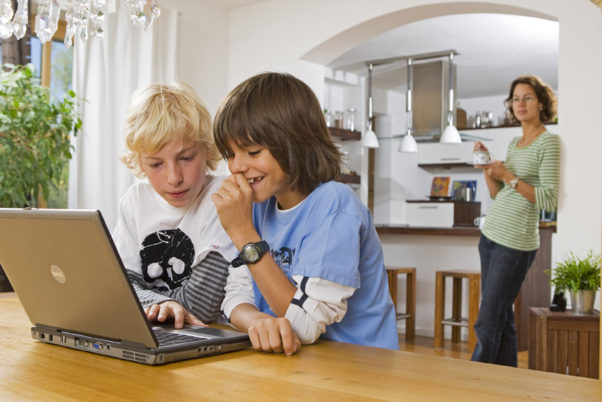 Parents should develop a family media-use plan that sets limits on the times, places and ways for digital media use, the AAP recommends. (Photo: Kaspersky)

The AAP suggests parents develop a family media-use plan that sets limits on the times, places and ways digital media use is and isn’t appropriate. Healthychildren.org is a resource for parents to create a well thought-out structure for their family’s media use.

“It really helps the entire family respect a healthy use of it,” Kraschnewski said. “Parental media use actually predicts a child’s media use, but sometimes parents are more willing to limit their child’s use than their own. What they see you doing really influences their behavior.”

Plus, the more time mom and dad spend texting and flipping through Facebook, the less time they have for parent-child interactions and play, which are important parts of helping children develop.

“We forget that we as parents and the social environment we create are most influential and can provide the best opportunity for our children to learn,” Kraschnewski said.