Women May Not Have Typical Symptoms

When having a heart attack, most people will experience some kind of chest pain or pressure that worsens. Pain and pressure, along with sweating, shortness of breath and pain that migrates into the arms or neck are the typical heart attack symptoms. 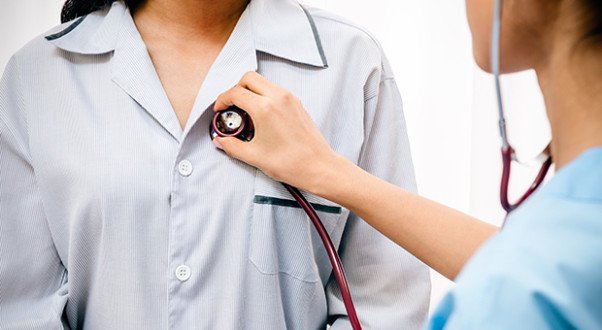 Women may not have typical symptoms of a heart attack. (Photo: Penn State)

According to Dr. Joy Cotton, a cardiologist at Penn State Hershey Heart and Vascular Institute, it’s the uncommon symptoms that confuse people and often lead to delayed treatment and increased injury. This is especially true in women. “Some people don’t have any symptoms, and that’s what makes it confusing,” she said. “People may be having problems and they don’t know it.”

Subtle symptoms can occur in the arm, neck, back or upper chest. Nausea, palpitations or unusual fatigue may also be present during a cardiac event but patients may not attribute them to the heart. “It doesn’t have to be right in the center of your chest, it can be elsewhere and just a sense of something not feeling right,” Cotton said. This is what women can commonly experience.

“Historically, heart disease was thought to be more of a man’s disease, but that’s not true. It’s very common in women as well,” she said. “Women have atypical symptoms more frequently than men, so they don’t think of their heart when they’re having these nondescript symptoms. That makes it look as if it’s not as common in women.”

“It’s far and away the single greatest health threat and killer in women,” Cotton said.

When a heart event isn’t suspected from the symptoms, a person may discount it as something else. “They may keep passing it off, ignoring it or postponing evaluation because they think it can’t be a heart attack,” Cotton said. 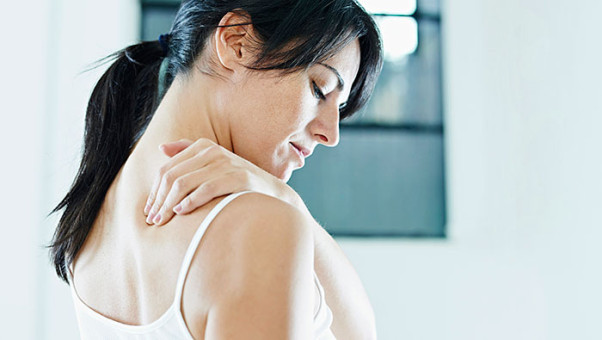 Subtle symptoms of heart disease in women include pain n the arm, neck, back or upper chest, as well as nausea, palpitations or unusual fatigue. (Photo: Go Red for Women)

While your doctor may check your cholesterol as part of a routine visit, other tests and screenings are not generally part of a yearly check-up. If you are concerned you may have or develop heart disease, you can start with a self-evaluation with your physician’s help.

Ask yourself if you have any of the following risk factors that can lead to heart attacks: high blood pressure, high cholesterol, diabetes, being overweight, not exercising, smoking and a family history of heart disease. If you have any of these risk factors, you need to make changes and see a physician for treatment and to reduce the chances of having problems in the future.

“The best things someone can do to reduce their risk are eating a good, heart healthy diet and exercising,” she said. Exercising can reduce the risk of a cardiac event by as much as 40 percent.

“It becomes vitally important to each individual to pay attention to the risk factors, then beyond that, to take action,” Cotton said. “I’m a firm believer in starting wherever you are and making that change and making that difference.”

She adds there is data supporting diet and exercise and the improvements that both can make with regard to one’s health and longevity. For example, taking steps to reduce cholesterol significantly reduces the chances of having a heart attack.

“Everything that you do in that regard can make a difference.”