So You’ve Forgotten How to Play

Welcome to Part 2 of 3 of our series about remembering the fun of movement. Last week in Part 1, we went over the basic concept of why movement becomes a chore as we age. This week, we have some suggestions if you think your inner child may be dormant.

It’s okay to admit it: You may have forgotten how to play. 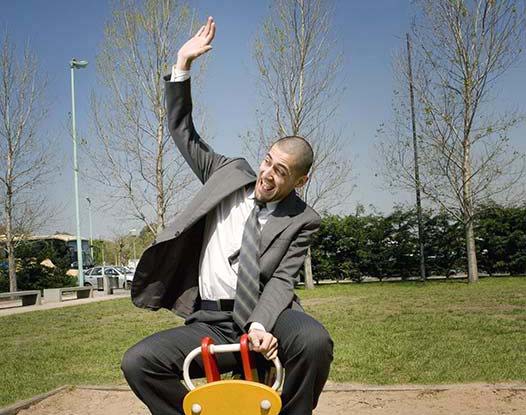 It’s epidemic among grown ups these days. You may find yourself with a playground, a field, a blacktop and no idea what to do. An experimental bounce of a basketball, a swing on the monkey bars and that’s pretty much all you can remember of your heyday of play. Wasn’t there a time when you could spend hours out here? Thankfully, you’re not alone. In the D.C. area we have plenty of resources to remind you how to play while you get fit, in case you’ve forgotten. 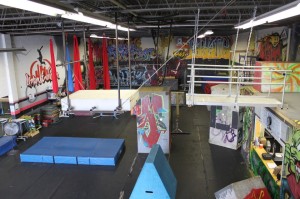 What is it: Developed in the late 1980s, parkour is the creative art of moving from Point A to Point B. Parkour artists or traceurs traverse playgrounds, walls and other urban landscapes via vaulting, jumping, climbing and flipping. Beginning parkour classes are often full of laughing and bewildered adults re-learning skills they haven’t practiced since their playground days. Rail-balancing, monkey-bar style swinging and springing over boxes and walls are all part of beginning parkour, so a positive attitude towards playground play is fostered and encouraged. Urban Evolution even calls its traceurs “ninjas” and asks members who their favorite superhero is upon membership signup. 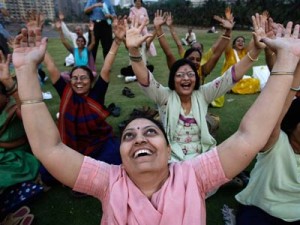 Where to Learn: Laughter Club Maryland

What is it: Developed decades ago in India, Laughter Yoga is the idea that lighthearted silliness and intentional laughter encourages well being in the mind and body. We typically associate laughter with jokes and thoughtful humor, but Laughter Yoga seeks to break down that idea and expose us to natural joy. Club meetings begin with stretches, breathing exercises and clapping, intended to awaken our sense of childlike playfulness and build to unstructured laughter and joy. Practitioners describe the benefits of Laughter Yoga as a feeling of lightness and emotional catharsis that lasts for several days.

Climb a Tree at Harper’s Ferry

Where to Learn: Aerial Adventure Park at Harper’s Ferry

What is it: Initially popular in Europe, Aerial Adventure parks have started to catch on in the U.S. For an entrance fee, adventurers are hooked into a system of a harness and lines, allowing for safe exploration of the park’s five Aerial Forest Challenge Trails. Traversing the park requires strength, skill and a healthy sense of how totally cool it is to climb around in a tree and pretend to be Indiana Jones. Adults are permitted to access all trails, some of which are markedly more difficult than others, including climbing walls, zip lines and obstacles.

Join us next week for Part 3 of our series and learn about how to turn your regular workouts into a game with you in the lead!