Chefs Amy Brandwein of Centrolina, Tom Cunanan of Bad Saint and Jeremiah Langhorne of The Dabney, all in D.C., are competing against Rich Landau of Vedge in Philadelphia and Cindy Wolf of Charleston in Baltimore for Best Chef: Mid-Atlantic (D.C., DE, MD, NJ, PA, VA). 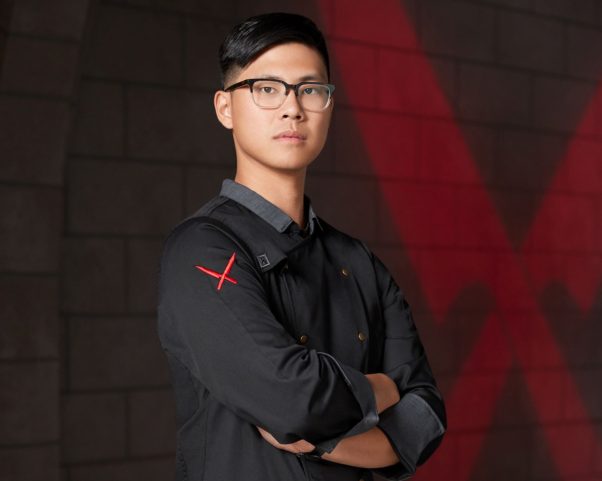 Kevin Tien, chef and co-owner of Himitsu in Petworth, is a finalist for the James Beard Foundation’s Rising Star Chef of the Year award and a contestant on Season 2 of Food Network’s Iron Chef Gauntlet. (Photo: Food Network)

Chef Kevin Tien of Himitsu was nominated in the Rising Star Chef of the Year category, which honors chefs under 30 who are likely to make a significant impact in the industry for years to come. He is up against Camille Cogswell of Zahav in Philadelphia, Clare de Bore of King in New York City, Sarah Rinkavage of Marisol in Chicago and Miles Thompson of Michael’s in Santa Monica, Calif. Tien will compete on Season 2 of Iron Chef Gauntlet, which premiers on the Food Network at 9 p.m. on Apr. 4.

Winners will be announced in Chicago on May 7.

The Capital Burger opens across from convention center

The Capital Burger from steakhouse chain Capital Grille opens today at 11 a.m. at 1005 Seventh St. NW in the former Living Social space across from the Walter E. Washington Convention Center. 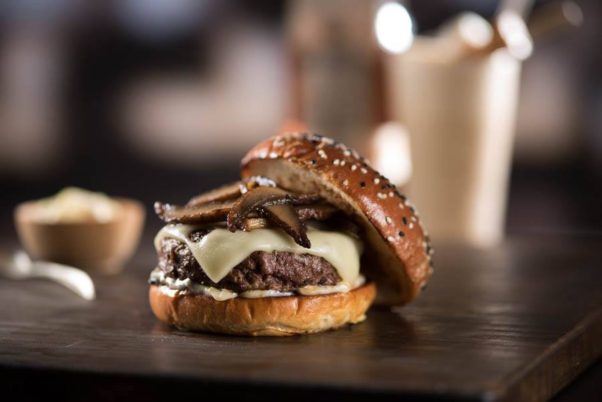 Capital Burger has 150 seats, a full bar and daily happy hour from 3-6:30 p.m. It also serves spiked milkshakes and more than 25 wines by the glass. The six burgers on the menu the signature French onion-style Capital Burger, with caramelized onions, Wisconsin grand cru gruyere cheese and shallot aioli and a bacon cheeseburger with Nueske’s candied smoked bacon, Vermont cheddar and tomato jam to a roasted wild mushroom and Swiss burger with Portobello mushrooms, Jarlsberg Swiss, 15-year aged balsamic and truffle aioli and the blue cheese and truffle burger with cabernet-braised sweet onions. There is also a house-made mushroom and black bean burger with fontina cheese, bibb lettuce and chile mayo. Burgers range from $15-$17 and come with hand-cut friend or a mixed greens salad.

There are also sandwiches including a Southern-style friend chicken sandwich with house-made pickles, sweet chile mayo and spicy honey; a quarter-pound all-beef hot dog, grand cru grilled cheese with gruyere, cheddar and bacon and a Maine lobster roll, along with a 7-ounce filet with béarnaise and hand-cut fries. Other dishes include salads, three kinds of cheesecake and appetizers, such as calamari, tuna tartare and kung pao Brussels sprouts.

Diners can expect a free mason jar of picks to kick off their meal. The first 100 guests for dinner today, which begins at 4:30 p.m., will receive a mystery gift bag. Capital Burger is open daily from 11 a.m.-11 p.m.

Del Campo closes Saturday, to be replaced by 2 Mexican eateries

Del Campo’s last day will be this Saturday, March 24. It will be replace by an outpost of Taco Bamba, Albisu’s counter-service taqueria in the front bar and dining room, while the back dining room and patio will become Poca Madre, an .upscale Mexican concept open for dinner only.

“Del Campo has had a great run at 777 I St., but the success of the Taco Bamba lunch counter made me think it’s time for a change in this space,” Albisu said in a statement. “When I first opened Taco Bamba in Falls Church my goal was to introduce people to a different side of Mexican food, respecting the classics, but also showing off how cool and creative the cuisine could be. Poca Madre is going to be a more upscale experience, but the goal is similar. There are very few refined contemporary Mexican restaurants in the U.S. and none in D.C. I want to bring a different kind of Mexican experience to the District.”

A spokesman said Albisu is looking for a new location to open Del Campo in the District. Renovations to create the dual concept space will begin immediately after Del Campo closes after dinner service on Saturday. A double-door vestibule will separate the two new spaces.

Taco Bamba is expected to open the week of Apr. 2 with a new look. Del Campo’s former bar, lounge and front dining room will be made over in the signature Taco Bamba style. Like the Springfield and Vienna and locations, it will feature a bar and an expanded https://www.tacobamba.com/menus/#lunch-counter-del-campo menu of tacos that is currently being served at the pop-up from 11 a.m.-3 p.m. Monday through Friday at Del Campo, many original to the location. It will have expanded hours as well, open from 8:30 a.m.-10 p.m. Monday through Thursday, 8:30 a.m.-11 p.m. Friday, 10 a.m.-11 p.m. Saturday and 10 a.m.-10 p.m. Sunday.

Poca Madre is expected to open later in April after renovations to the back dining room and enclosed patio are expected to be completed. Mexican slang for “really cool,” the menu will feature refined Mexican dining, and include dishes like langoustine Veracruzana, roast duck pibil and sablefish al pastor.

Swatchroom is designing the new spaces. The 70-seat Poca Madre will have laser-cut panels filtering light into the dining room. The interior will be deep green and black, with gold and bronze accents. The plant-filled patio will also serve as the restaurant’s main entrance from the walkway between I and K streets. Taco Bamna will sport the black, red and natural wood look at its Virginia locations.

Kaliwa opens this week at The Wharf

Kaliwa, the new Southeast Asian eatery from Restaurant Eve owner Cathel Armstrong, is set to open at 751 Wharf St. SW in The Wharf development this week.

Kaliwa is expected to open at The Wharf later this wee serving Filipino, Korean and Thai cuisine. (Photo: Kaliwa)

The Irish chef decided to open an Asian restaurant after a trip to the region. He tested dishes at Restaurant Eve, his flagship fine dining eatery in Old Town Alexandria. The menu is divided into Filipino, Korean and Thas cuisines.

There will be nightly kamayan feasts with communal food served on a banana leaf to be eaten without utensils. There will be one seating on weeknights and two on weekends. Tickets are $65.

Korean dishes include yukhoe made with raw beef with chili, pine nuts and crispy tendon ($14); haemul pajeon, a savory pancake filled with seafood and green onions ($14); and jjampong with seafood, shellfish and egg noodles ($19). There will also be a vegetarian bibimbap rice bowl with toppings.

Thai selections are centered around the four flavors of curry. Yellow curry is served with Maine lobster ($22), while Panaeng curry is served with pork belly ($18). Other Thai dishes include whole fried fish with chili and lemongrass ($24) and hoi pad tao-jiew with clams and black beans ($13).

Cocktails from Todd Thrasher will include frozen Mai Tais and others with fruits found in Southeast Asia, such as mango, coconut and banana. There will aos be Filipino Korean, Thai, Lao, Japanese and Chinese beers.

Kaliwa will open at 11 a.m. daily and stay open late on nights when there are concerts at The Wharf.

“We are grateful to you as a loyal customer for the support and patronage you have given over the year,” they said. “You have become part of the incredible village we have tried to build and nurture in the heart of Adams Morgan.”

According to a release put out by the Adams Morgan BID, the restaurant made 91,253 pisco sours, 60,492 plates of lomo saltado and 78,000 serving of cerviche. during its run

“We plan to continue our journey with new culinary endeavors,” the co-owners said. “We hope that you will be a part of our adventure. Please e-mail us at culinarypopup@gmail.com and we will update you as soon as we are ready to launch.”

Half of D.C.’s Au Bon Pains could close

JAB Holding Co. of Austria, the parent company of Panera Bread, bought Au Bon Pain late last year and is now trying to lease nine D.C. locations among 36 nationwide in what is an indication that Au Bon Pain will become Panara. 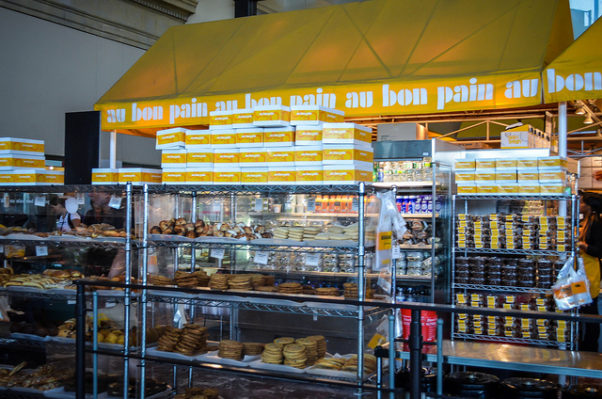 The Au Bon Pain in Union Station was not one of the locations on the market. (Photo: M01229/Flickr)

Most of the restaurants are downtown near other Au Bon Pains or Paneras. No Maryland or Virginia locations are on the list. 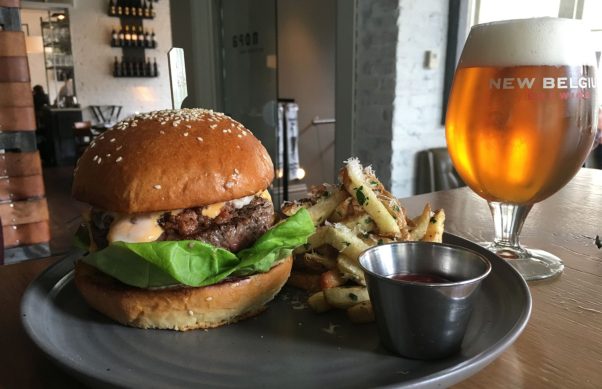 The menu features 16 dishes that will change weekly. Lunch is available from 11:30 a.m.-2:30 p.m. Monday through Friday. The dishes are priced from $6-$12 for appetizers and $13-$22 and includes a free glass of featured red or white wine. 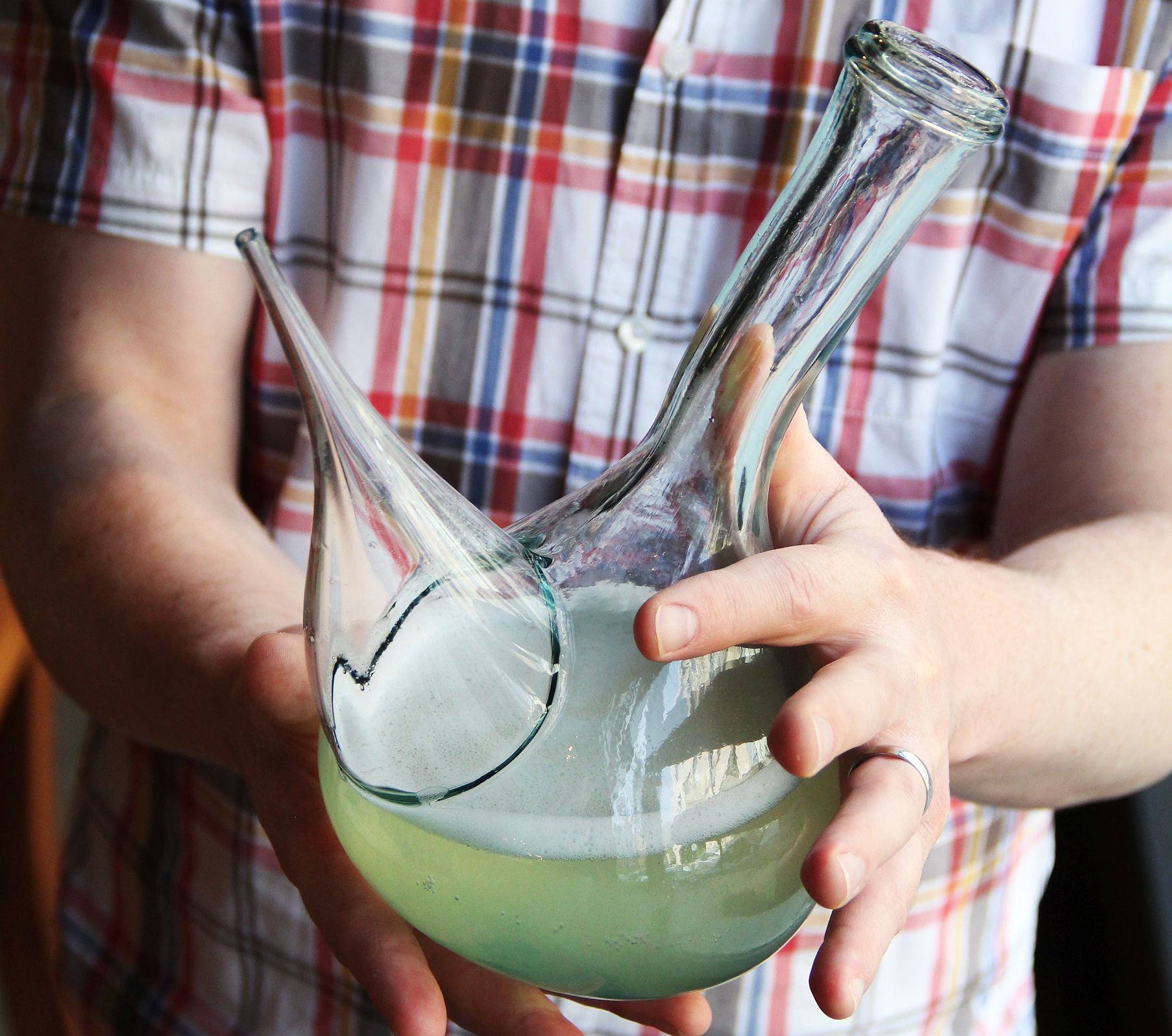 The festival kicks off with a party on Tuesday, March 20, at 5 p.m. It will feature sherry flights, sherry cocktails from bar director Adam Bernbach and complimentary communal porrons throughout the evening.

The party continues every Monday through Apr. 15, with Pass the Porron partiies, where complimentary porrons, Catalan drinking vessels, filled with ¡Rebujito! — manzanilla sherry with lemon soda – will be passed around the restaurant for guests to enjoy in a convivial atmosphere.

At the bar from 5-7 p.m. every Monday through Friday, there will be three pintxo pairings, which top a 2-ounce glass of sherry with a small wooden plate holding a skewered pintxo, for $9 each. Sherries may range from manzanilla, oloroso and Pedro Ximenez (PX).

A special four-course Sherry Blossom Supper tasting menu-for-two (or more) is available nightly through Apr. 15, featuring Spanish plates paired with complementing sherries priced at $65 per person and include a welcome sherry cocktail and a sherry float made with vanilla ice cream, Moscatel sherry and a house-made maraschino cherry to end the meal. Dishes will include sherry-glazed halibut with pea shoots, romesco, garbanzo beans and dried cherries; Rhode Island calamari a la plancha with salsa verde; and seared Wagyu bocadillo topped with tonnato sauce and arugula.

On Saturday, March 24 from 4-5 p.m., wine director Kevin Martin will host an educational tasting class. The hour-long class will taste through three dry styles — fino, amontillado, and oloroso — each paired with three complementary pintxos and end with the restaurant’s signature moscatel sherry float. Tickets are $30 per person and available online.

Two flights of three sherries will also be available nightly throughout the festival. A perfect intro to sherry, the $12 Bodegas Grant ‘La Garrocha’ flight tastes through Manzanilla, Amontillado and Oloroso. And the $19 El Maestro Sierra flight includes a 6-year-aged Fino, 12-year-aged Amontillado and 15-year-aged Oloroso. Estadio is also offering five new sherry cocktails for the festival including a frozen sherry colada, made with Amontillado sherry, coconut milk, pineapple, spices and lime and a Sherry Mary. 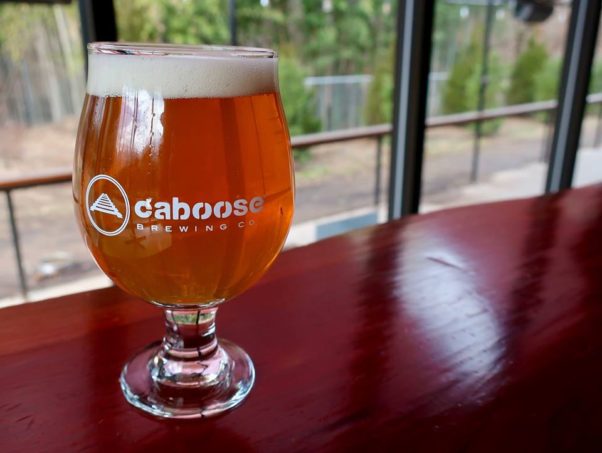 Caboose Brewing has locations in Fairfax and Vienna, Va. Diners will have a four-course dinner paired with Caboose Brewing’s craft brews. 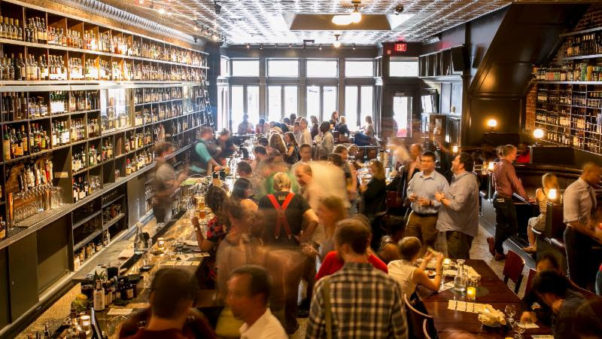 All three floors of Jack Rose will host the festival, inviting whiskey lovers to taste whiskies reaching beyond the bottles found on liquor store shelves. Distillers such as Kentucky’s Willett and KY Peerless will bring special barrel picks and Wilderness Trail will unveil its brand new, never-before-tasted rye; while cask-strength single malts from Blackadder, Exclusive Malts and Single Cask Nation will take guests through some of Scotland’s best distilleries. Attendees can also explore the world through whiskey, with tastings of international brands from Japan and India.

The afternoon will include specially crafted whiskey cocktails and passed hors d’oeuvres. The downstairs whiskey cellar will host mini educational seminars with the makers and brand representatives.

Tickets are $80 per person and include tastings at each whiskey station, plus one educational seminar, craft cocktails, hors d’oeuvres, a commemorative Glencairn glass and more. Tickets can be purchased online.