Is Your Holiday Babysitter Prepared?

As parents tackle their holiday lists, one item may be especially important – finding a babysitter. 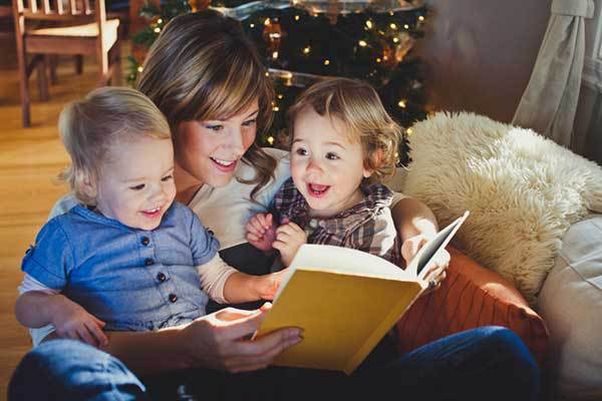 Out-of-town relatives or friends are often asked to babysit over the holidays. Have you adequately prepared them to deal with an emergency? (Photo: Stock)

Parents may ask friends or relatives, including those from out-of-town, to watch their young children while they shop, attend holiday functions or work on days when a childcare facility or school is closed. But many may underestimate the importance of preparing their sitters for common scenarios like injuries or more serious emergencies, according to a new C.S. Mott Children’s Hospital National Poll on Children’s Health at the University of Michigan.

Among adults who are not parents, choking, injury and being unprepared to deal with a child were among the greatest babysitting fears.

“Parents often need extra babysitting help around the holidays when childcare facilities are closed and regular babysitters are less available,” said Mott poll co-director Sarah Clark. “Family members and friends may be a natural choice to help watch children, but parents should make sure they are preparing babysitters for emergencies, especially those who don’t have young children themselves. Sitters should be able to easily find key contact information and be comfortable handling different types of emergencies. Parents shouldn’t assume sitters have all of the information they need. They should go over basic information whether they will be gone all day or just a couple of hours.”

The findings are based on responses from a nationally-representative sample of 386 parents of children ages 0-5 years. The poll also included responses from 546 adults without children 0-17 in their household.

Adults without children at home were asked how they would respond to several urgent medical situations if they were babysitting for a three-year-old. For a situation where the child sustained a minor burn, 13 percent of adults said they would call the child’s doctor for advice on what to do, while 18 percent would take the child directly to the emergency room.

A national poll found that less than half of parents left sitters emergency numbers, such as a parent’s cell, doctor’s office and family member of friend. (Graphic: C.S. Mott Children’s Hospital National Poll on Children’s Health at the University of Michigan)

Clark said in addition to posting phone numbers, parents should explain their preferences on how to handle various situations that may arise, keeping in mind that some adults are uncertain about how to care for children. Parents may consider leaving out a first aid book to help guide sitters for non-urgent situations that require basic first aid. Parents should also prepare sitters for more serious scenarios. For example, they should be clear if they have a preference for a certain hospital or ER.

Other directions may include asking the sitter to call the parent after handling a situation to avoid wasting time in a true emergency and going over instances they should call 9-1-1 instead of transporting a child by car.

“Parents should consider if they will be at a concert or gathering where they might miss an urgent call or text message, and make sure they give the sitter multiple options to get information or advice,” said Clark.

Parents should be particularly careful if their child has allergies, takes medication or has another type of health condition. Leaving written information is essential in these cases, so that the sitter can provide accurate information if they have to make an urgent call to the doctor’s office or go to the ER.

“Babysitters may face a wide range of situations while watching for a child, from common injuries to more severe emergencies,” Clark said. “Parents should be thoughtful about the guidance they give to make sure sitters are prepared.”