Energy Drinks May Cause Heart Problems

We’ve all heard that “Red Bull give you wings,” but could it and other energy drinks like Monster, Rockstar and 5-Hour Energy also give you a heart attack? Some say the caffeine-packed drinks give them energy, but for others a new study has found they could be dangerous. 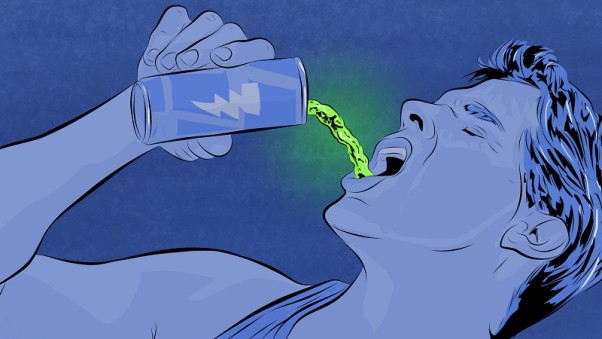 Research by a team of doctors at Mayo Clinic in Rochester, Minn. shows that drinking one 16-ounce energy drink can increase blood pressure and stress hormone responses significantly. This raises the concern that these response changes could increase the risk of cardiovascular events, according to a study presented at the American Heart Association’s Scientific Sessions 2015. The findings also are published in the Journal of the American Medical Association (JAMA).

While some of the “energy blends” are just caffeine and other ingredients that don’t do much, others may contain taurine, a naturally occurring amino acid that studies show help reduce visual fatigue from looking at a computer screen all day; guarana, a plant that grows in the Amazon and has the highest caffeine content of any other plant; ginseng, which is thought to improve physical performance, focus and memory and may help to regulate blood glucose levels although long-term use may cause insomnia and interfere with other medication; and B vitamins, which could lead to feeling fatigued.

Since energy drinks are marked at dietary supplement, they can bypass the U.S. Food and Drug Administration’s approval process with a “supplemental facts label” that gives you much less information.

“In previous research, we found that energy drink consumption increased blood pressure in healthy young adults,” said Dr. Anna Svatikova, a Mayo Clinic cardiologist and the lead author. “We now show that the increases in blood pressure are accompanied by increases in norepinephrine, a stress hormone chemical, and this could predispose an increased risk of cardiac events — even in healthy people.”

Mayo Clinic researchers conducted a study on 14 healthy men and 11 healthy women between the age of 26 and 31. Each drank a 16-ounce Rockstar energy drink and placebo drink within five minutes, in random order, twice within two weeks. The placebo was similar in taste, texture and color, but lacked caffeine and other stimulants of the Rockstar, such as taurine, guarana and ginseng and milk thistle. 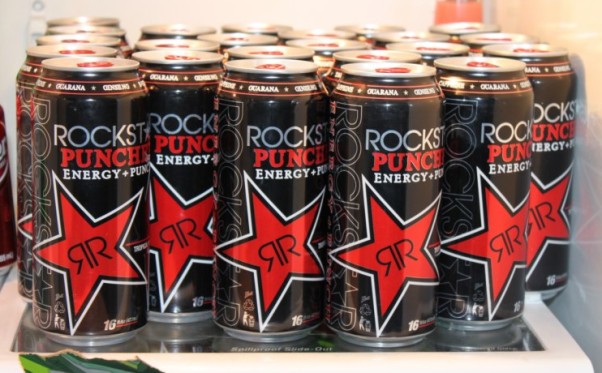 Just before taking their first drink, researchers measured the volunteers’ heart rate and blood pressure and to draw a sample of blood. The same tests were repeated 30 minutes after the cans were emptied. Researchers taking the measurements didn’t know who got the real energy drink and who got the placebo either.

“The worry is that if these responses are seen in healthy young people, perhaps the effects of energy drinks may be more pronounced in people who already have high blood pressure or arrhythmias,” leading to more heart attacks and strokes, Svatikova said.

The changes “may predispose [people] to increased cardiovascular risk,” the researchers wrote in the study.

“These results suggest that people should be cautious when consuming energy drinks due to possible health risks,” Svatikova said. “Asking patients about energy drink consumption should become routine for physicians, particularly when interpreting vital signs in the acute setting.”

The study size was very small, so more research is needed to look at the connection as well as to see if other energy drinks cause similar reactions. But, it is not the first study to link energy drinks to heart-related issues.

The American Beverage Association responded to the study saying, “The safety of energy drinks has been established by scientific research as well as regulatory agencies around the globe. Just this year, the European Food Safety Authority (EFSA) confirmed the safety of energy drinks and their ingredients after an extensive review. Even so, America’s leading energy drink manufacturers voluntarily go far beyond all federal requirements when it comes to responsible labeling and marketing practices, including displaying total caffeine content – from all sources – on their packages along with advisory statements indicating that the product is not recommended for children, pregnant or nursing women and persons sensitive to caffeine.”

“There is nothing unique about the caffeine in mainstream energy drinks, which is about half that of a similar-sized cup of coffeehouse coffee,” the association said in a statement. “According to a study published in the International Journal of Cardiology, drinking coffee would produce similar results to the findings of this abstract.”

The Mayo Clinic contributed to this article.