Are Oreos Taking to the Streets?

This week’s big health headline seems to confirm something we’ve always suspected: Oreos are just as addictive as hard drugs. Personally, my first thought was that the cream had something to do with it. But is this true? 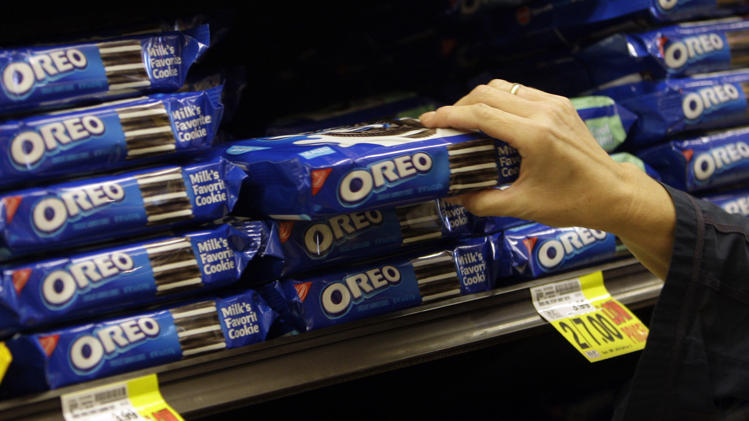 Are Oreos as addictive as cocaine? (Source: Yahoo! News)

Actually, it seems that the Oreo-cocaine connection is another example of websites running wild with a sensational headline. The story is based on this student-faculty study from Connecticut College, which gave rats the option of running a maze to receive rice cakes or Oreos. Not a tough choice, to be quite honest. Then, the researchers injected some of the rats with cocaine or morphine as a reward, and a control group with a simple saline shot. The mice preferred the drug.

When the researchers compared the mice’s reactions to cookies and coke, they found that the Oreos and cocaine stimulated the rats to move with equal quickness. Mapping proteins allowed the researchers to track the presence of certain compounds and determine that the Oreos activated “significantly more neurons than cocaine or morphine.”

While it sounds convincing, and we’ve all had cravings that feel like an addiction, there isn’t much evidence to support that thought based on these results. To start, addiction is a much hairier, scarier animal that consists of much more than simply “feel good” vibes. There are aspects of addiction that have yet to be understood, such as why some people can enjoy alcohol, sweets or other vices without ever becoming addicted, whereas for others, life is a struggle of replacing one addiction with another. Additionally, there are many behavioral and cultural factors to addiction – Oreos provide a different overall outlet. There isn’t the same level of shame or danger in enjoying a cookie.

“[Studies] like this can be devastating with respect to public understanding of what addiction is and what it’s not,” says Carl Erickson, director of the University of Texas’ Addiction Science Center in this article. Even the DSM-IV, the book widely used to diagnose and treat mental disorders, lists chemical dependency among its conditions, but not addiction.

When it comes to substances, addictiveness is determined not by neurons in a single person’s brain, but by the percentage of users who will develop an addiction over the course of their lifetimes. By this benchmark, nicotine is far more addictive than either cocaine or morphine.

Food certainly makes us feel good, and that can be a good thing – or a bad one. It can feel sometimes in the face of low willpower that sweets must be as dangerous as hard drugs, but it seems like it’s just not the case.