How to Play it Safe in the Surf

As some of you who follow my writing may know, I am a diehard Beach Bunny. You wouldn’t know it from looking at me – a lifetime in D.C. has equipped me with a wardrobe of black suits and button down shirts, but I can be happy wearing black at the beach! This summer I got the opportunity to spend most of it where any D.C. resident who can spends their summers – North Carolina beaches. 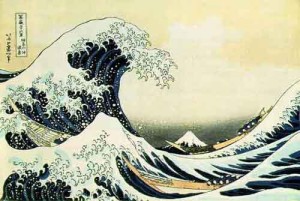 Workouts in the waves

The waves are a great workout. I’m always impressed at how sore I can be the next day, just from an hour of romping and playing in the waves. I love body surfing, swimming, and on really calm days down here, I can see fish and once, a ray! Running (or hooping, if you’re me) at the surf line feels amazing, and if you have kids, there’s no better way to get a workout in as a family.

So you’ll imagine my shock when WebMD news informed me recently, over my pre-beach coffee, of how injuries from ocean waves can be more dangerous than previously thought. Injuries? Sure, we know not to go too far out, but I hadn’t thought about injuries.

The area where most of us go to play in the waves is known as the Surf Zone, and this is where most injuries and accidents occur. A recent study of a Delaware beach over three summers revealed over 1,100 injury reports! Now, these are injuries from the waves alone, not from shark bites or mermaid attacks, so it’s a lot of what you’d expect: broken collarbones, dislocated joints and sprains to the knees or ankles due to being knocked over and attempting to find footing. Even more shocking? Most of these injuries took place in under two feet of water.

So what, you say, don’t go out when it looks like tsunami weather, but that’s a common misconception. The real culprit when it comes to ocean-related injuries are rip currents, or “rip tide.” Most of us have heard to watch out for them, but don’t really know what they are.

When the tide comes in over a sandbar, the water needs a way to get back out to sea. The powerful ocean waves push the sand aside with an incredible amount of force and speed, moving at 8 feet per second. Keep in mind Phelps and Lochte can’t break that speed. And before you insist that you only ever go to Ocean City, rip currents occur anywhere there is a surf and breaking waves. Even the Great Lakes have rip currents!

The one time you don’t want to be ripped

A person caught in a rip current is likely to experience emotional distress, abrasions, possible internal injuries and in a worst case, suffocation and drowning. A rip current won’t pull you under, but it will pull you out. If you’re caught in a rip current, remain calm! Fear and panic are your enemies – conserve your energy, stay afloat and don’t swim directly for shore. Swim horizontal to the shore and slowly try to come in. Never swim alone or at night when you might be difficult to see. If the beach you’re swimming at doesn’t have a lifeguard, make sure friends or family know you’re going out for a swim and stay where they can see you.

Thanks to UNCW for their great information on rip currents!