u
For the first time in two decades, the life expectancy of Americans declined slightly to 78.8 years from 78.9 years, and the overall death rate rose 1.2 percent, according to a report from the National Center for Health Statistics. 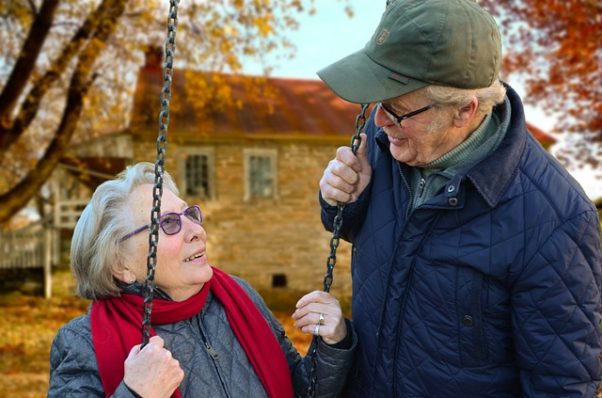 For the first time in two decades, the life expectancy of Americans declined slightly, and the overall death rate rose, according to a report from the National Center for Health Statistics. While that information shouldn’t alarm many, it does point to challenges in keeping America healthy. (Photo: Huskyherz/Pixabay)

While that information shouldn’t alarm many, it does point to challenges in keeping America healthy. “A lot of people are still trying to understand the data and speculate on what the report means based on the information we have,” said Dr. Nicole Osevala, an internist and geriatrician at Penn State Health Milton S. Hershey Medical Center.

Osevala said the life expectancy report was broken down into age ranges, and adults age 65 and older saw no decrease in how long they are expected to live.

The decrease in life expectancy comes into play for the younger and middle aged population. For those under the age of 65, accidental deaths and complications from chronic diseases such as heart disease, renal disease, stroke and diabetes were the causes of death that saw increases in 2015.

“It’s concerning because in many ways, these are linked to lifestyle choices and obesity,” Osevala said. “And those are problems we don’t necessarily have medications for.”

Whether it’s young people abusing opiates or texting while driving or middle-aged folks failing to get exercise and maintaining poor diets, such lifestyle choices aren’t entirely within the control of the medical community.

“All of our medical knowledge, interventions and medications don’t seem to be making an impact on preventing these diseases from killing people,” Osevala said. “We can counsel and educate patients, but we are not in their homes 24 hours a day, seven days a week. It’s the day-to-day choices we are making that have the biggest impact.”

She said a significant increase in deaths from Alzheimer’s disease is likely due more to better diagnosis and reporting than the fact that more people are dying from the disease than they were before. An increase of more than 2 percent in the suicide rate leaves her wondering if the country has adequate resources available to treat people with mental health issues in a continuous way.

The one positive piece of the report was the decrease in cancer-related deaths.

Osevala pointed out that the report shows a year of data and not a trend, so the numbers aren’t cause for alarm. Yet she finds it disappointing that the United States, with its advanced medical interventions, isn’t seeing an increase in life expectancy like Japan and some European countries.

“Looking back at the trends, we have been relatively flat,” she said. “We need to look at whether there is something different about our culture or lifestyle that modern medicine is not able to fully combat.”

Osevala encourages individuals to continue to take responsibility for their own health rather than getting concerned about reports and statistics.

“People tend to come into their doctor and ask, ‘What are you going to do?’ or ‘How are you going to fix me?’” she said. “But rather than looking to medications to address potential health issues, why not look at what can be done with exercise, diet and good lifestyle choices to combat disease? The good news is that we all have an opportunity to help ourselves be healthier and live longer through the small choices we make every day. We should feel empowered by this and set achievable goals toward this end.”