Why Some Adapt to Time Changes Easier

Whether you barely noticed the time change or are still feeling the effects of the end of Daylight Saving Time, you probably have your genes to blame. 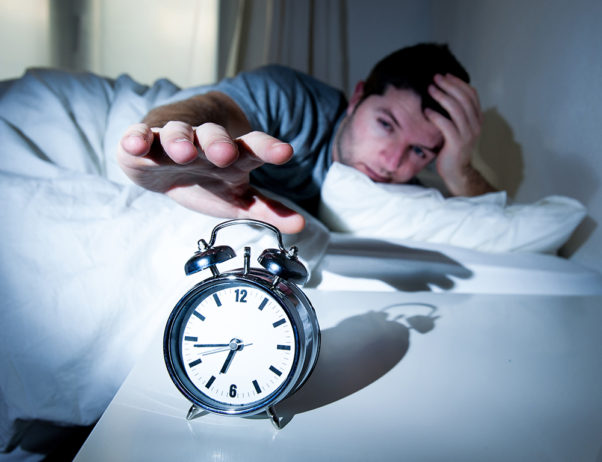 Genetics plays a role in how quickly we adapt to time change. (Photo: Thinkstock)

Dr. Sheila Asghar, a pediatric neurologist at Penn State Children’s Hospital who is trained in sleep medicine, said changing the clock by an hour twice a year may seem like a simple thing that your body can work around, but it isn’t always easy for everyone.

“The effects – and reasons you feel them – can be more far-reaching than we thought,” she said. “Genetics play a role in why some of us are very adaptable but others are not.” It is those same genes that are responsible for whether you are a night owl or a morning lark.

Every living thing – including animals and plants – has its own particular circadian rhythm; an intrinsic biological pattern of physical, mental and behavioral changes that follows a cycle of approximately 24 hours as it responds to light and darkness in the environment.

“An older child might adapt more easily than an infant,” Asghar said. “The infant may start waking up an hour earlier than usual after the end of Daylight Saving Time.”

Adults who are already sleep deprived may suffer the most from the twice-a-year time changes.

“We are limited on how quickly that circadian rhythm can adjust,” said Dr. Amy Meoli, medical director of the Penn State Sleep Research and Treatment Center.

She said people who are more sensitive to the time change should start shifting their bedtime by 15-minute increments every few days in preparation for springing forward or falling back: “It can take a week or two.”

Other effects of the time change may not be so obvious right away. Meoli said chronic sleep deprivation and disruption can lead to increased cortisol and insulin levels and problems metabolizing glucose. “That can cause weight gain over time,” she said.

Asghar said there can also be unpleasant longer-term side effects of spending more of our waking hours in the dark. “When it’s dark out we are not doing a lot of activity outside like playing and exercising, so sometimes you can put on more weight in the winter,” she said.

Those who already suffer from depression may find themselves affected by Seasonal Affective Disorder (SAD), a condition in which a lack of sunlight is thought to cause depression.

“If an adult goes to work in the dark, comes home in the dark and had a rough day at work, they can feel a bit down,” Asghar said. “Most people bounce back, but if you are already depressed, that’s a whole different ballgame.”