5 Great Netflix Films for a Night In This Fall

The fall season is nearly here, and for a lot of us that means spending a little more time indoors. Fall is a very cozy season for a lot of people. We are starting to ease out of the punishing summer heat, enjoy some comfort foods and drinks traditional for the season, and gradually settle into the holiday atmosphere that defines the final few months of the year. And while all this is going on, nothing beats a nice night in watching a great film with friends or family.

Fortunately, this has become easier than ever! We have written before about Home Box Office options, and thanks to the incredible expansion of the streaming industry, there are always more options to enjoy. So, as we head for fall and more peaceful nights at home, here’s a look at five ideal titles that are currently available for instant viewing on Netflix. 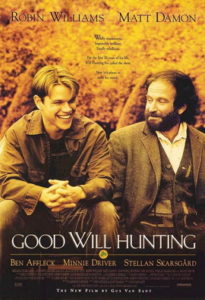 Written by Matt Damon and Ben Affleck and directed by Gus Van Sant, Good Will Hunting is on a lot of people’s favorite films list. The story of a brilliant young man named Will Hunting (Damon) who navigates a rough upbringing and a tricky life with the help of an equally brilliant psychiatrist named Sean (Robin Williams). It is a remarkable character study and a film that is equal parts heartbreaking and inspiring. Frankly, while there have been countless terrific films since 1997, it is hard to find one more cleverly written or more compellingly acted than this one. Incidentally, it has also been listed as a classic fall movie, in part thanks to the iconic scene in which Will and Sean meet on a park bench surrounded by the colors of the season. 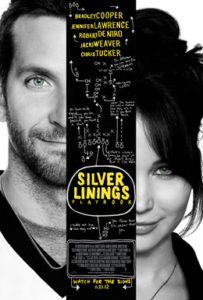 A surprise 2012 hit, Silver Linings Playbook is about as pleasant as they come. Bradley Cooper plays Pat, a young man in Philadelphia who is released into the custody of his parents after a mental episode. Meanwhile, Jennifer Lawrence plays Tiffany, his neighbor who is dealing with her own issues after the death of her husband. The two had crackling chemistry in this very real romantic dramedy. Lawrence’s work earned her clear favorite status for the Best Actress award — which she wound up winning the following spring — and Cooper elevated himself to the top tier of Hollywood. Supporting roles by Robert De Niro and Jacki Weaver will certainly make you smile, and the film’s setting during football season in Philadelphia invokes a fall spirit as well. 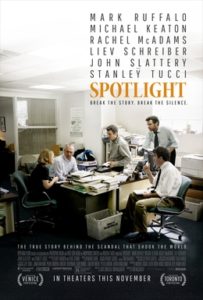 Released in 2015 and a Best Picture winner at the Oscars earlier this year, Spotlight is undoubtedly one of the best films on Netflix right now. Behind the forceful work of an ensemble cast, it tells the incredible story of a team of journalists at the Boston Globe who uncovered widespread cover-ups of sexual abuse by the Catholic Church in New England. It is not exactly the cheeriest topic for your cozy night in, but it is a very high quality movie, and by virtue of having been a part of a recent awards season it almost has a natural association with the season. Most films vying for major awards these days come out in fall or winter. 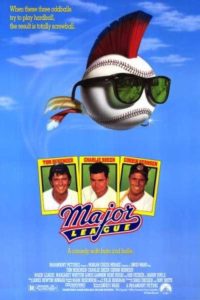 If you are looking for something a little more on the comedic side, it is hard to go wrong with Major League. A fictional sports comedy about the Cleveland Indians starring Charlie Sheen, it is a goofy film that you can almost enjoy in spite of yourself. It has been ranked among the top baseball films of all time, and rest assured there are a ton of baseball movies out there. The sequels were nothing special, and aspects of the film already feel a little bit old-fashioned, but it makes for a fun watch. Particularly if you’re one to get into the spirit of fall pennant races in the real Major Leagues. 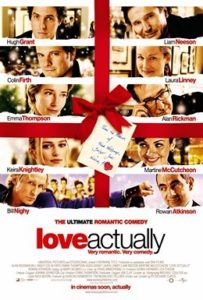 We are cheating a little bit with the season for this one, but everybody loves Love Actually. A sort of set of vignettes about different characters in and around London finding love and friendship during the holiday season, it is that rare romantic comedy that just seemed to get everything right. From the soundtrack to the supporting actors, everything fits together to make for an experience that you can’t help but be uplifted by. It is more of a Christmas film than anything else, but watching it during the fall will only get you more excited for the happy season ahead.