Battle of the Sexes

Why Do Women Live Longer Than Men?

This simple statement holds a tantalizing riddle that Steven Austad and Kathleen Fischer of the University of Alabama at Birmingham explore in a perspective piece published in Cell Metabolism on June 14. 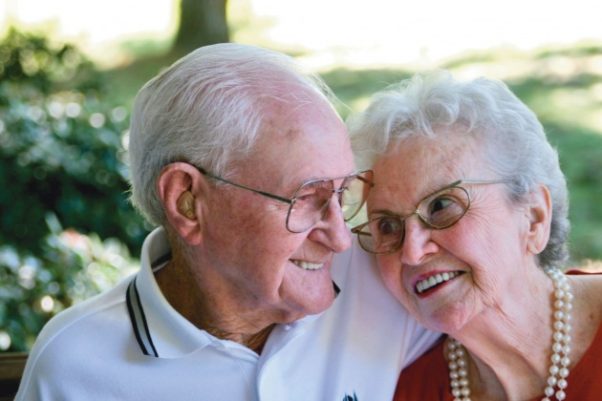 In humans, women outlive men, according to a former Georgetown University lecturer. But they also appear to have poorer health through adult life. (Photo: iStock)

“Humans are the only species in which one sex is known to have a ubiquitous survival advantage,” the researchers wrote in their research review covering a multitude of species. “Indeed, the sex difference in longevity may be one of the most robust features of human biology.”

Though other species, from roundworms and fruit flies to a spectrum of mammals, show lifespan differences that may favor one sex in certain studies, contradictory studies with different diets, mating patterns or environmental conditions often flip that advantage to the other sex. With humans, however, it appears to be all females all the time.

“We don’t know why women live longer,” said Austad, distinguished professor and chair of the Department of Biology in the College of Arts and Sciences. “It’s amazing that it hasn’t become a stronger focus of research in human biology.”

Evidence of the longer lifespans for women includes:

Austad first became interested in the topic when Georgetown University asked him to lecture on it in 2003. Although lab models like the roundworm C. elegans, the fruit fly Drosophila melanogaster and the mouse Mus musculus are intensively used in scientific studies, people in those fields are not very aware of how longevity patterns by sex can vary according to genetic backgrounds, or by differences in diet, housing or mating conditions, Austad said. 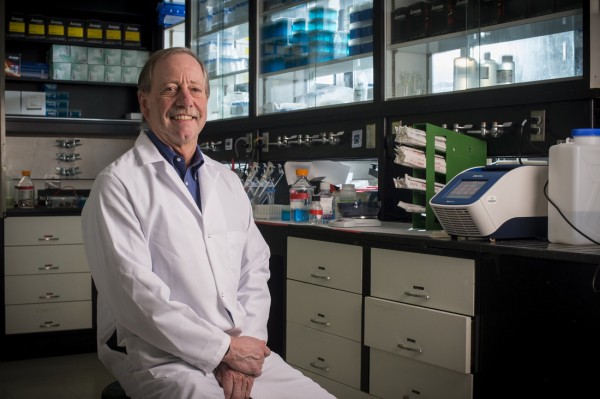 Steven Austed, distinguished professor and chair of the Department of Biology at the University of Alabama at Birmingham and former Georgetown University lecturer. (Photo: UAB)

Those uncontrolled variables lead to different results in longevity research. A survey of 118 studies of laboratory mice by Austad and colleagues in 2011 found that 65 studies reported that males outlived females, 51 found that females outlived males and two showed no sex difference.

But if variables are carefully controlled, mice may prove to be a useful model to study sex differences in the cellular and molecular physiology of aging, Austad and Fischer wrote.

This understanding will be helpful as researchers start to develop drugs for human use that affect aging, Austad said. “We may be able to develop better approaches,” he said. “There is some complicated biology underlying sex differences that we need to work on.”

Differences may be due to hormones, perhaps as early as the surge in testosterone during male sexual differentiation in the uterus. Longevity may also relate to immune system differences, responses to oxidative stress, mitochondrial fitness or even the fact that men have one X chromosome (and one Y), while women have two X chromosomes.

But the female advantage has a thorn.

“One of the most puzzling aspects of human sex difference biology,” wrote Austad and Fischer, “something that has no known equivalent in other species, is that for all their robustness relative to men in terms of survival, women on average appear to be in poorer health than men through adult life.”

This higher prevalence of physical limitations in later life is seen not only in Western societies, they say, but also for women in Bangladesh, China, Egypt, Guatemala, India, Indonesia, Jamaica, Malaysia, Mexico, the Philippines, Thailand and Tunisia.

One intriguing explanation for this mortality-morbidity paradox is a possible connection with health problems that appear in later life. Women are more prone to joint and bone problems, such as osteoarthritis, osteoporosis and back pain, than are men. Back and joint pain tends to be more severe in women, and this could mean chronic sleep deprivation and stress. Thus, the sex differences in morbidity could be due to connective tissue maladies in women, and connective tissue in humans is known to respond to female sex hormones.

But this is just one of several plausible hypotheses for the mystery of why women live longer, on average, than men.

Article by Jeff Hansen, University of Alabama at Birmingham