8 Things to Know About Colorectal Cancer

March is colorectal cancer awareness month — a great time to test your knowledge about the disease and how it can be prevented and treated. 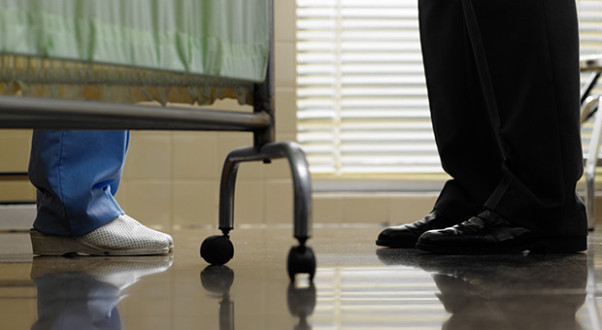 Everyone should get screened for colorectal cancer beginning at age 50. (Photo: Thinkstock)

1. Colorectal cancer is the only type of cancer that doctors can prevent by screening for it. “Unlike most of the time, when you are trying to find early stages of cancer, we can prevent this disease from even happening by removing polyps,” said Dr. Thomas McGarrity, chief of the Division of Gastroenterology and Hepatology at the Penn State Milton S. Hershey Medical Center.

3. Factors such as race and ethnicity, genetics and lifestyle play a role in your likelihood of developing such a cancer. African Americans are more likely than Caucasians to get colorectal cancer. Yet Caucasians get it more often than Hispanics and Asians. Those who have a first-degree relative with large polyps or colorectal cancer should get screened earlier and more often. Staying fit by exercising and having a normal body weight – along with not smoking – also help your chances of preventing the disease.

4. A Mediterranean diet is not only good for your heart, but your colon as well. This means less red meat and more fiber from sources such as fresh fruits and vegetables. 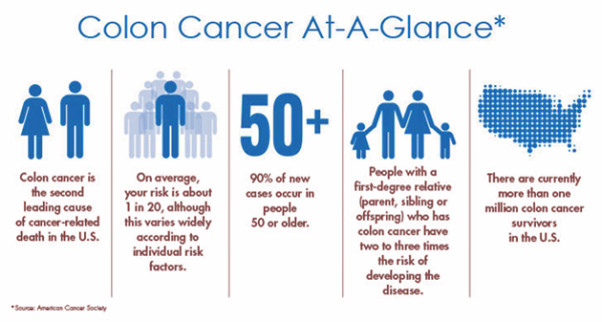 5. The U.S. Preventative Services Task Force recommended in September that every man and woman with a risk of heart disease take an aspirin a day. This is to prevent not only heart attacks and stroke, but also colon cancer. However, McGarrity said it’s important to check with your family doctor before starting a daily aspirin regimen.

6. When caught early, colorectal cancers are very curable. And only about 10 percent of cases require a permanent colostomy, according to Dr. Walter Koltun, chief of the Division of Colorectal Surgery at Hershey.

7. A multi-disciplinary approach to treatment produces the best outcomes for patients. Although surgery is the most important part of the treatment triad, chemotherapy and radiation augment the likelihood of a cure.

8. Treatment options have improved. “Increasingly, the surgery we do is robotic and minimally invasive,” Koltun said. “Over the past 15 years, we have developed much more effective chemotherapy that has allowed us to treat not only patients with curable cancer, but also those with very advanced stages of it and give them a higher chance of cure.”