Pennsylvania 6, from the people behind City Tap House in Penn Quarter and Pubic House and Harrington’s Pub & Kitchen in National Harbor, will open at 1350 I St. NW in the former Tuscano West space across from Franklin Square on Friday, Nov. 20. 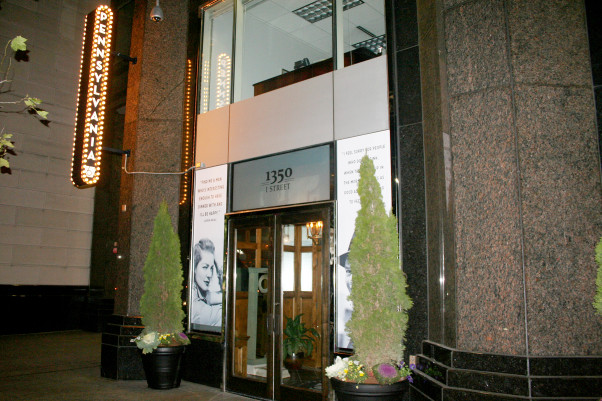 Pennsylvania 6 already has locations in New York City and Philadelphia. It is named for NYC’s storied Hotel Pennsylvania, which has the longest phone number in continuous use – PEnnsylvania 6-5000 (212-736-5000) and is around the corner from the restaurant’s original New York location. The hotel was where entertainers and political players would gather over refined culinary dishes and hand-crafted cocktails.

Designer Maggie O’Neill of SwatchRoom created a modern day supper club and bistro incorporating 1940’s Hollywood glam that features American regional cuisine with French accents. Upon entering the restaurant, guests are greeted by a dramatic 70-foot island bar complete with white Carrera marble and oak panels. Black and white striped fabric drape from the ceiling along with hanging, custom milk glass chandeliers. Surrounding the bar, are a number of communal tables, a six-seat raw bar, intimate booths for two and “The Parlor,” an elevated 22-seat lounge with stuffed velvet chairs and sofas, chess and backgammon tables and a faux fireplace. 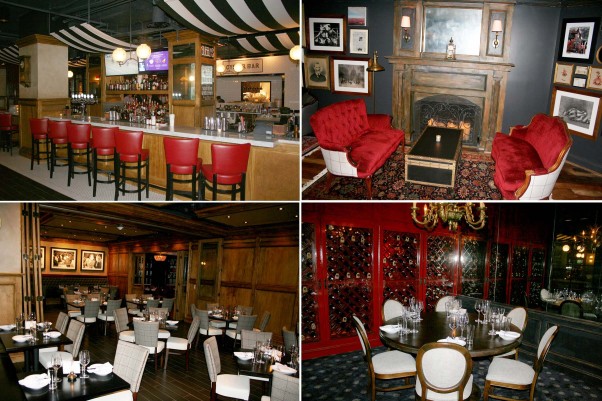 Past the 75-seat bar and lounge area is the oak paneled main dining room with red and gray banquettes and herringbone upholstered chairs, an open kitchen and semi-private wine room, with bottles of wine from floor to ceiling. Pennsylvania 6 also has three distinctive dining rooms with moveable walls that can accommodate 25 guests, 35 guests or 40 guests separately or can be combined to accommodate up to 100 guests for a seated dinner or between. The design of these rooms was inspired by the Café Rouge, the main dining room in the Hotel Pennsylvania. Paneled walls of black lacquered millwork, mirrors and layers of art, books and knick knacks complement the dramatic deep red floor and leather upholstery. Come spring, the 250-seat restaurant will add a 28-seat patio under black and white striped awning, matching those in the bar.

On the high-end, Pennsylvania 6’s regional American menu from corporate culinary director Brian Cooke and executive chef Marc Plessis focuses on steaks and seafood. As of Monday, there were no vegetarian dishes on the menu except salads, a wild mushroom sandwich and side, but Plessis and Public House Investments regional partner John Ball said they are working on some and there would be at least one by opening. In fact, Plessis said there will be separate vegetarian and gluten-free menus. 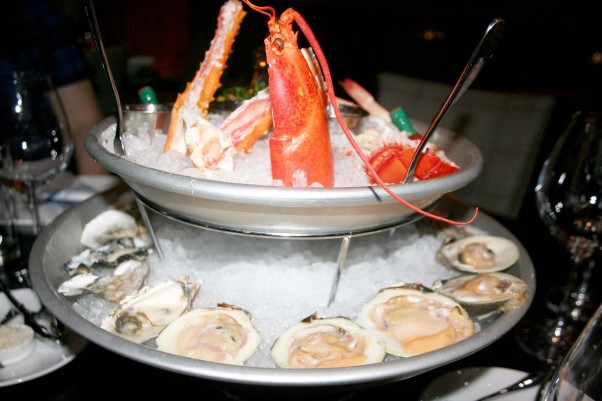 The raw bar will supply plateaus in two sizes: grand for four people with a half lobster, 12 oysters, four shrimp and six clams for $68 or royal for six people with a whole lobster, 18 oysters, 12 clams, eight shrimp and a seasonal crab selection for $130. There are also crudos priced at $16 each, $3 east coast and $6 west coast oyster, $2.75 top neck clams, shrimp and crab cocktail ($18 and $24 respectively) and half a lobster for $18.

The kitchen boasts an eclectic culinary assortment ranging from Burgundy snails with bone marrow butter crust to a la cart dry-aged steaks priced from $38 for an 8-ounce bone-in filet to $95 for a 36-ounce porterhouse for two. Side are $8 each. 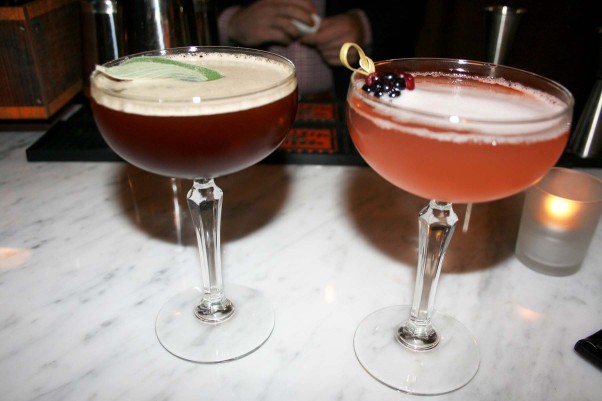 The wine program led by James Beard Award winning sommelier Mark Slater, who previously worked at Citronelle and Rays the Steaks, features 140 international wines including both old and new world varietals from $30-$595 bottle and 22 by the glass. Corporate beverage director Ryan Fenton’s bar program offers post-Prohibition cocktails with a twist made with house-made syrups and mixers. Cocktails are priced from $12-$16 each. There’s also a line of session cocktails made with Champagne called bubblys that are lighter with a lower alcohol content that are great for a working lunch or pair well with raw oysters. There are also 14 craft beers available on draft and a selection of 58 whiskeys and bourbons.

Pennsylvania 6 will initially only be open for dinner nightly and add lunch sometime around the beginning of December. Then hours will be from 11:30 a.m.-11 p.m. Monday through Thursday, 11:30 a.m.-midnight Friday, 11 a.m.-midnight Saturday and 11 a.m.-9 p.m. Sunday. Weekend brunch will be added near the beginning of January and served from 11 a.m.-3 p.m. Saturday and Sunday.