It is the first hot and humid day of the summer. As a participant in a local road race, your training partner plans to push herself to achieve her best time. During the race, she runs well ahead of you and you notice she does not stop to take water at aid stations. A quarter mile from the finish, you come upon your partner who has apparently collapsed and is receiving medical attention. 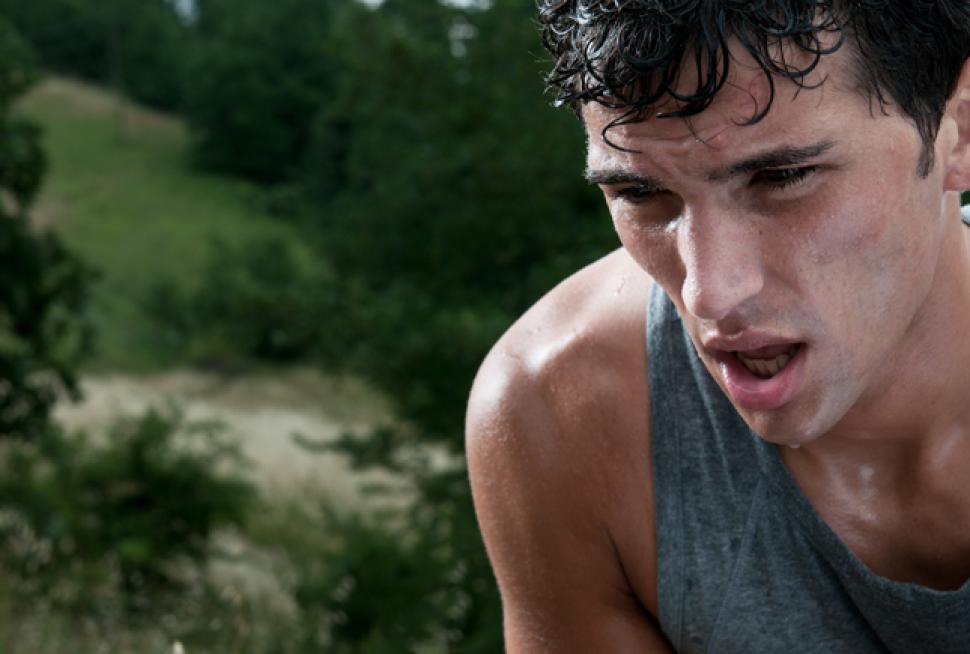 When exercising in high heat and humidity, you need to take extra precautions. (Photo: Shutterstock)

Exertional heat illness, such as in the scenario described above, occurs in almost every sporting venue in the U.S. Exercising muscles generates heat, raising the body’s core temperature to potentially harmful levels. Under most conditions, our bodies are able to dissipate this heat in various ways, the most efficient being evaporation of sweat.

“When the heat and humidity rises, the body’s ability to evaporate sweat diminishes and may become completely inhibited,” says Dr. Roberta Millard, a sports medicine specialist at Penn State Hershey. “It is under these conditions that the risk of exertional heat stroke rises.”

Building a tolerance to heat

The ability to tolerate heat varies greatly between individuals. One can improve the capacity to withstand heat stress over daily, repeated and slowly increasing exposures to heat over a period of 10 days to two weeks. This process, called acclimatization, may take even longer in people who are less physically fit, children, elderly and those with chronic medical conditions or those using certain medications.

“During this two-week period, it is critical to limit not only the length, but also the intensity of the activity planned, and make use of the buddy system during training,” Millard says. “The use of light-colored moisture-wicking apparel, kept to the minimum necessary, is also helpful.”

Dehydration, which results from the failure to replace fluids lost during activity, can increase the risk for exertional heat illness and stress the cardiovascular system. Experts recommend that to prevent dehydration and heat illness, water lost due to sweating should be replaced at a rate close to or equal to the amount of sweat lost.

“For physically active adults, this can range from three to 10 liters per day,” Millard says.

It’s about more than thirst

Relying on thirst alone to determine fluid needs is inadequate. We experience the sensation of thirst only after our bodies are already experiencing the stress of fluid loss. In addition, drinking water extinguishes the sensation of thirst before restoration of fluid balance has occurred. Interspersing sports drinks, which contain sodium, with water during hydration actually helps maintain your thirst drive and may aid rehydration. Elderly, active individuals need to use more caution as their sense of thirst is diminished with dehydration.

“Under heat stress, children’s exercise tolerance time is reduced compared to adults,” Millard says. “For that reason, children should be encouraged to drink more fluids than dictated by thirst alone.”

Individuals engaged in vigorous exercise or whose work involves sweating for two or more hours daily should especially take precautions in the heat. The appearance of urine can also be helpful to monitor fluid intake. If well-hydrated, your urine should have the appearance of lemonade. If your urine is dark and has the appearance of apple juice, you should drink more.

Drink up – and drink early

Hydration should begin prior to physical activity or work in the heat by drinking at least two cups of water or sports drink one to two hours prior to exercise. In hot weather, drinking between a half-cup and a whole cup of fluid for every 15 minutes of vigorous exercise is a general guideline. Drinking cool fluids does double duty, both hydrating and cooling of the body.

By knowing your limits, dressing appropriately and drinking the right things, you can stay safe during summertime exercise, and ensure the benefits you realize are not outweighed by heat-related illnesses that can take a toll on the body.