Is Shaw the Next Food Destination in D.C.?

Just like 14th Street NW was the hot new destination for trendy restaurants the last few years, it looks like the city’s Shaw neighborhood could be the next restaurant hot spot based on recent announcements. 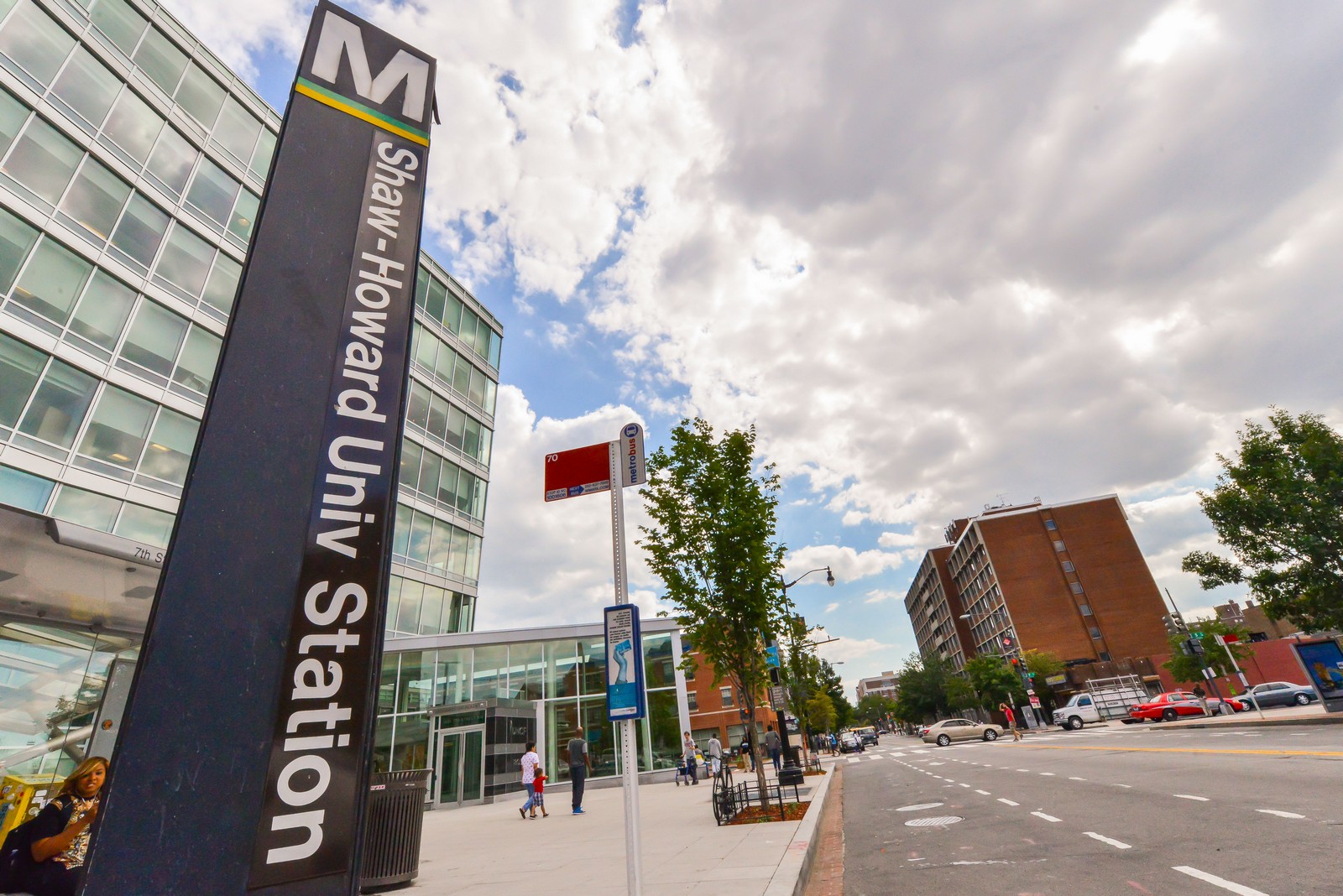 Several new restaurants will open in the Shaw neighborhood over the next year. (Photo: Reishman Real Estate)

The Shay, a 268-unit apartment building on Florida Avenue between 8th and 9th Streets NW from the JBG Co., will be the new home of Freehand, a restaurant from chef Tim Ma, the owner of Arlington’s Water & Wall and Vienna’s Maple Ave, as well as the second location of Compass Coffee, the D.C.-based coffee roaster and café that opened on 7th Street NW last fall across from the City Market at O development in Shaw. Warby Parker, the maker of trendy eyewear, will join the two restaurants and other retailers at The Shay.

Two blocks away, JBG’s Atlantic Plumbing development will be the home to a new concept from Neighborhood Restauant Group, which also owns Birch & Barley and Bluejacket among other eateries. NRG’s restaurant will likely be Hazel from former Tallula chef Rob Rubba, although that lease hasn’t been signed yet. The owners of Chinatown’s ramen and izakaya restaurant Daikaya, will also open a yet-to-be-named restaurant that will be “a ramen dining room with more variety,” according to a press release from JBG. Atlantic Plumbing is a two-building, 375-apartment development at 8th and V Streets NW.

Atlantic Plumbing is also anchored by a new, six-screen cinema from Landmark theatres, a new version of the indie film-focused theater concept that is just one-fifth the size of a typical Landmark cinema. Other tenants include Declaration Pizza, a new pizzeria from the owners of Lincoln and Teddy & the Bully Bar; Tasty Burger, a Boston-based burger joint; and Bazaar Spices, an independently owned herbs and spice shop that has a stall in Union Market.

The Colonel, a residential development with 70 luxury units at 1250 Ninth St. NW, will include Espita Mezcalería, a Mexican restaurant and mezcal bar from master mezcalier Josh Phillips featuring the lesser-known Mexican spirits and cuisine from the southern Mexican state of Oaxaca. It will be Phillips’ first venture. Also coming to the building will be http://www.buttercreamdc.com/ Buttercream Bakeshop from pastry chef Tiffany MacIsaac, as well as All Purpose, a pizza-focused restaurant from Red Hen owners Michael Friedman, Michael O’Malley and Sebastian Zutant in partnership with Boundary Stone owners Gareth Croke and Colin McDonough.

“As excited as I am to be opening my first mezcaleria, I’m even more excited that it will be a part of Shaw,” said Phillips in a press release. “The first time I saw the space at The Colonel, I knew it was a perfect fit for Espita. I think that this stretch of 9th Street and Blagden Alley will quickly become a top dining destination in DC.”

Belga Café is teaming up with Van Honsebrouck Brewery for its weekly Tuesday Beer Dinner at 6:30 p.m. on Mar. 24. 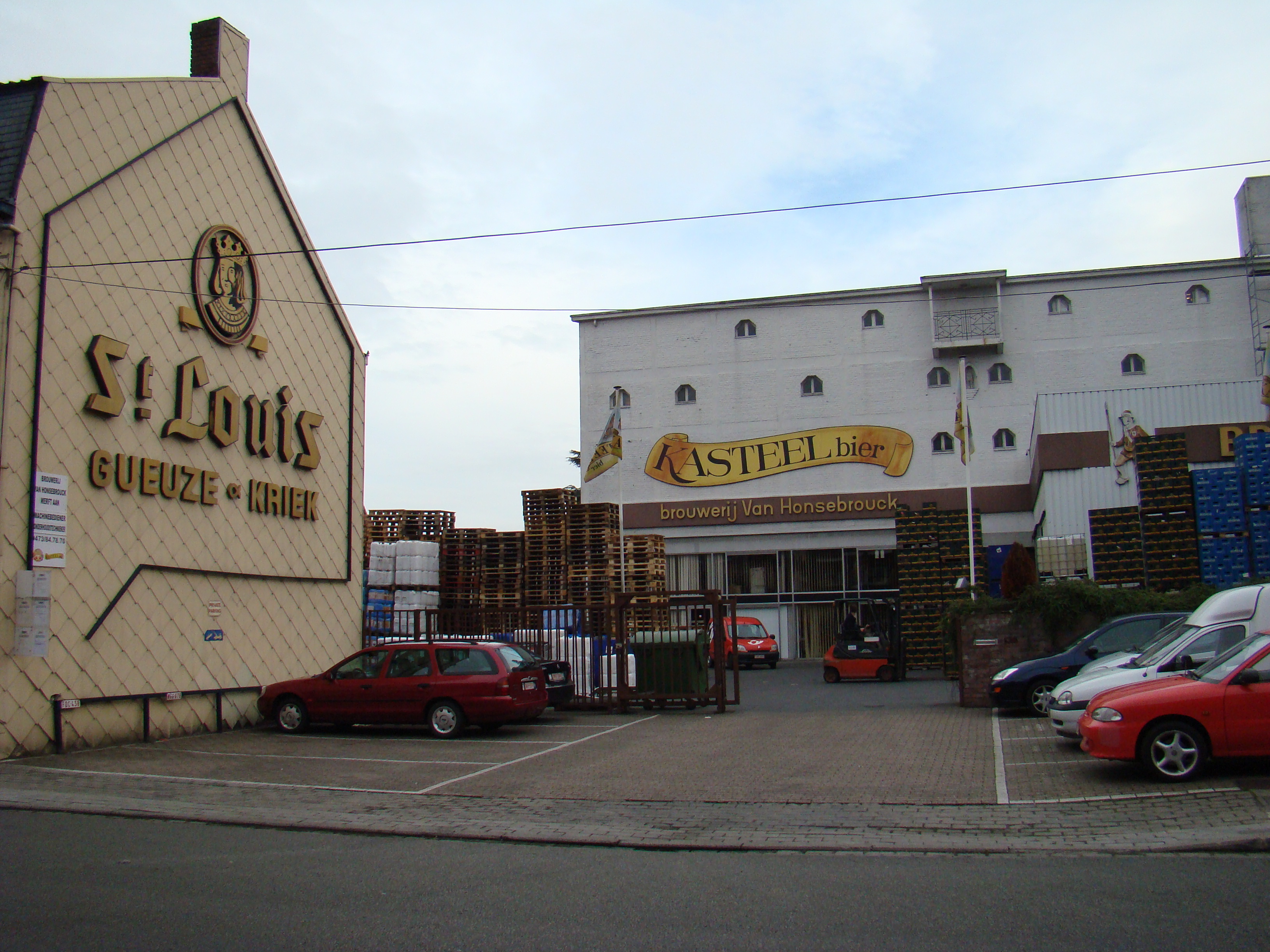 The weekly event pairs chef Bart Vandaele’s dishes with a selected Belgium brewery to showcase the marriage of Belgium food and beer. The five-course meal is $59 per person.

Central Michel Richard, 1001 Pennsylvania Ave. NW, will celebrate Richard’s birthday from 5 p.m.-close on Mar. 24 with a meu of his favorites. The menu starts with a signature recipe, crab cake on a bed of leek tartare ($20); followed by prime rib au jus with horseradish, baked potato and green beans ($35). The meal will end with sparkling Celebration Cake for two ($15). 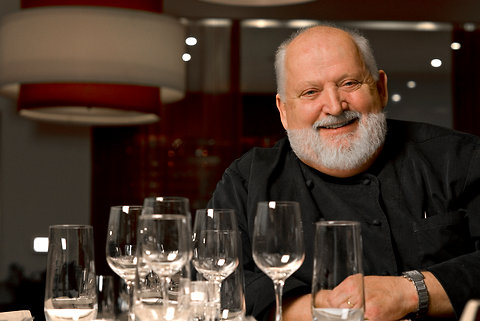 The three-courses are available either a la carte or as a $65 prix fixe menu. To toast, an optional wine pairing featuring the chef’s favorite, private label Cote du Rhone “Cuvee Michel Richard” will be offered for $35.

“I was inspired the first time I entered a professional kitchen when I was 8 years old”, says Richard. “I may get old, but I never want my food to get old.”

Also, from Mar. 23-29, Central’s sommelier, Andy Powell, will share some of his favorite bottles at special prices in partnership with the Restaurant Association of Metropolitan Washington’s Spring Wine Fling.

First, diners can take 15 percent off bottles of French varietals of Chardonnay and Pinot Noir from Central’s list of French Burgundies. Or, Powell will select a surprise bottle of red or white wine to pair with your dinner for $40 or $80.

Jack Rose Dining Saloon, 2007 18th St. NW, has spent the last several months increasing their inventory, reaching the 2,000-bottle mark this winter. To celebrate its whiskey collection, it will commemorate the 2,015th bottle with a “2015 in 2015” celebration from 6-9 p.m. on Mar. 25 featuring the unveiling of an exclusively-bottled Jack Rose/Willett bourbon, complimentary whiskey toast and chance to meet Willett’s master distiller Drew Kulsveen along with bourbon historian and author Michael Veach and Flying Dog Brewery’s CEO Jim Caruso. 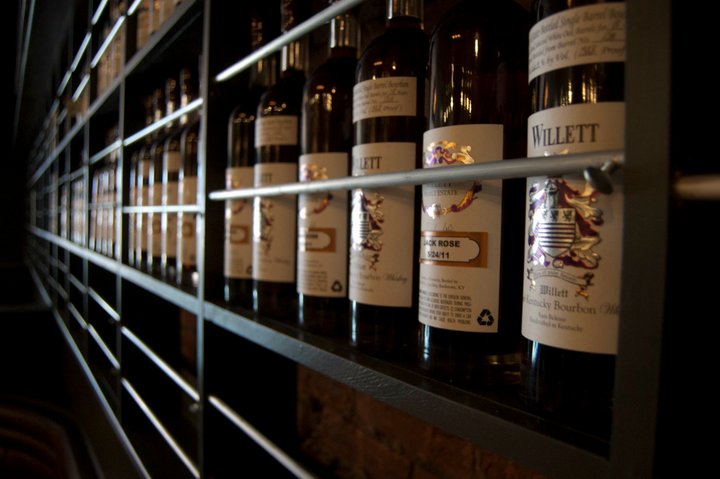 Jack Rose will unveil its 2,015th bottle, an exclusive, one-of-a-kind cask strength Willett bourbon, which will only be available at the bar. The self-named 11-year-old 125.2 proof bottling was hand-selected by Thomas for the celebration. Jack Rose has had a longstanding relationship with the distillery, boasting one of the largest selections of Willett in the region, and Kulsveen will come from Bardstown, Ky. to celebrate the special occasion and meet guests.

Patrons will receive a free taste of the special 2,015th whiskey during a whiskey toast. There will also be food and drink specials throughout the night, including $7 whiskeys, discounted Flying Dog brews and half-priced bar snacks, as well as complimentary hors d’oeuvres from 6-7:30 p.m.

The commemorative barrel will be given to Flying Dog Berwery, which will brew a special Jack Rose-exclusive beer. The Frederick brewery will age one of their craft brews in the used bourbon barrel, which will then be released with a future launch party at the bar.

Also, Veach will sign copies of his book Kentucky Bourbon Whiskey: An American Heritage. The first 20 people to purchase his book will receive a special tasting of Veach’s favorite whiskeys.

BLT Steak, 1625 I St. NW, is partnering with Pennsylvania’s Dad’s Hat Rye distillery for a special whiskey pairing dinner at 7 p.m. on Mar. 26. 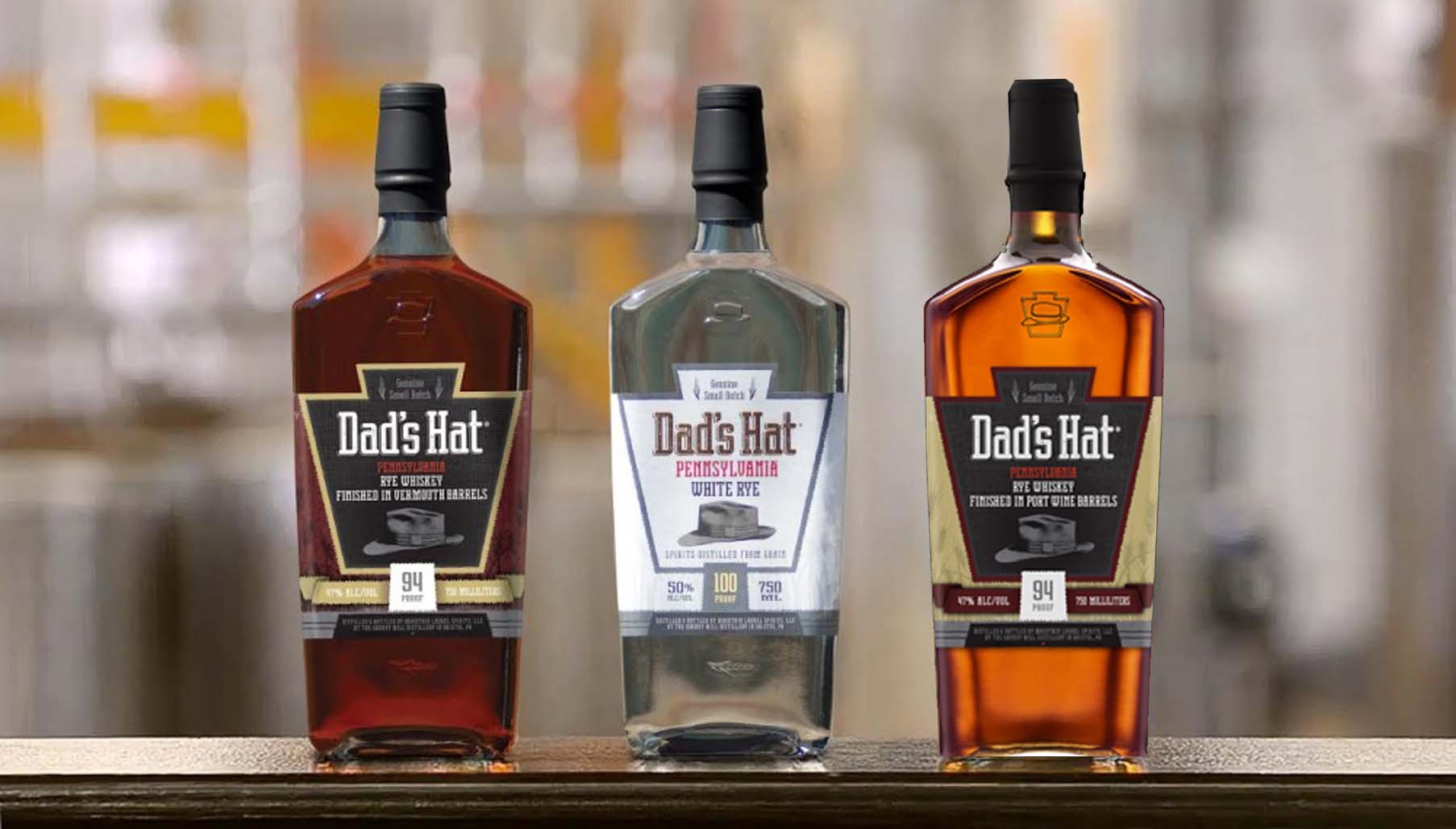 Unveiling the restaurant’s new, exclusive BLT Steak-branded Dad’s Hat single-barrel, the dinner will also pair several of Dad’s Hat’s aged ryes with dishes prepared by executive chef Will Artley using wood from the oak barrel and spent grain and barley malt, bringing the whiskey-laden meal full-circle for a “whole barrel” dining experience. Diners will have the opportunity to be one of the first to taste BLT Steak’s recently-acquired and branded single-barrel, hand-picked by the restaurant’s staff while visiting the distillery last year, aged for almost seven months.

Guests will be greeted with a cocktail made with Dad’s Hat White Rye followed by a seated four-course dinner, prepared using ingredients from whiskey production, and paired with one of Dad’s Hat’s signature bottlings. 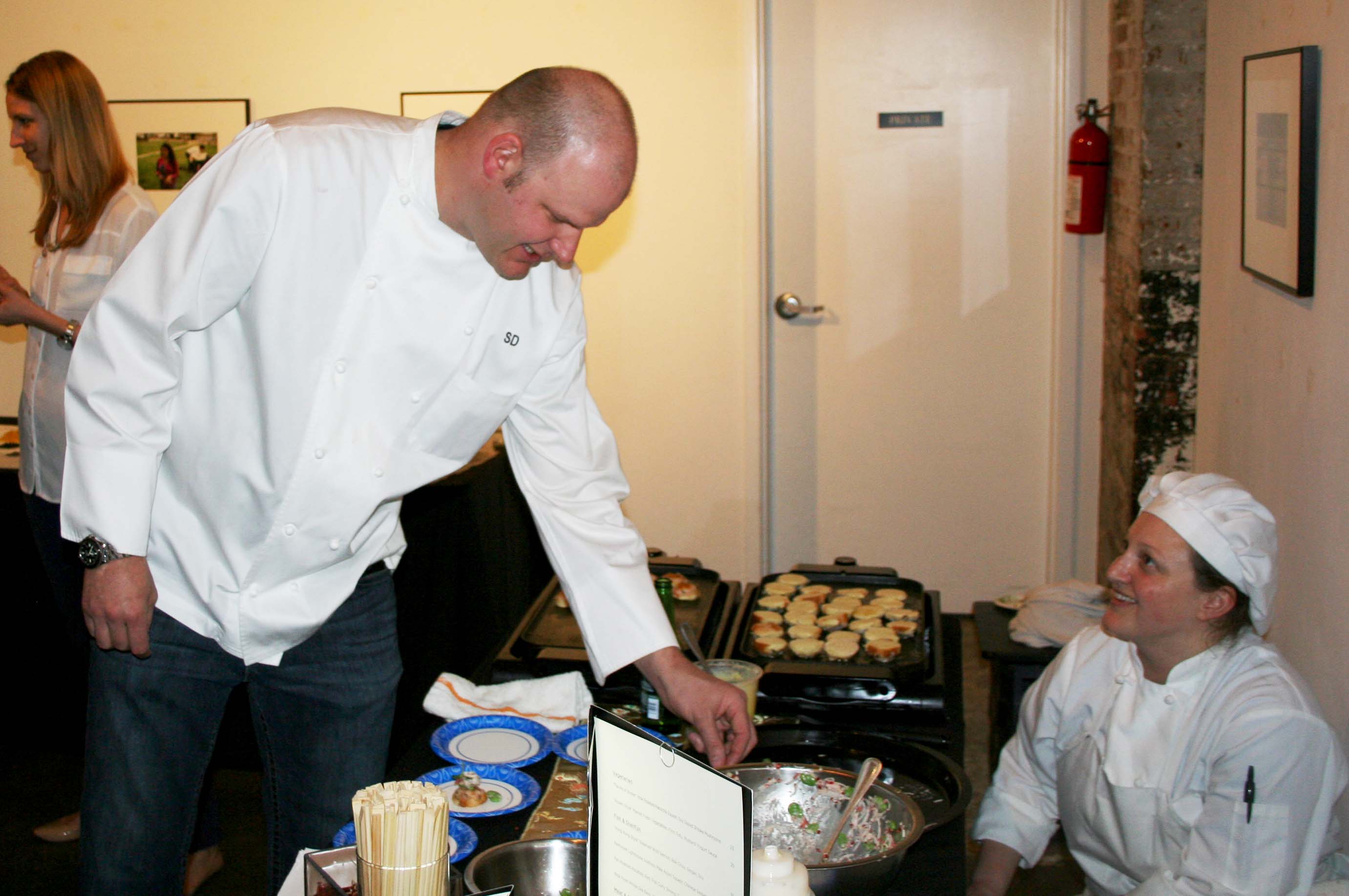 Chef Scott Drewno from The Source will defend his 2013 and 2014 titles. (Photo: Mark Heckathorn/DC on Heels)

The chefs are given a list of approved colon-friendly ingredients to prepare cancer-friendly dishes, providing guests healthy meal options while helping raise funds and awareness for the foundation. Each chef will have a station where he or she can discuss preparation of the item being served and why they choose to cook their particular colon-friendly dish. Guests vote on the winning dish.

Nycci Nellis, host of the Foodie and the Beast radio program will be the evening’s emcee. Inspirational speaker Teri Griege, a stage IV colon cancer survivor, ironman tri-athlete and founder of the Power of Hope Foundation, who has been recognized as a leading expert on resilience, will also speak.