Two area chefs moved into the semi-finals in the James Beard Foundation’s Best Chef Mid-Atlantic nominations. Cathal Armstrong of Restaurant Eve in Alexandria and Vikram Sunderam of Rasika in the District were the only two of 19 area chefs and restaurants to move on in the competition. 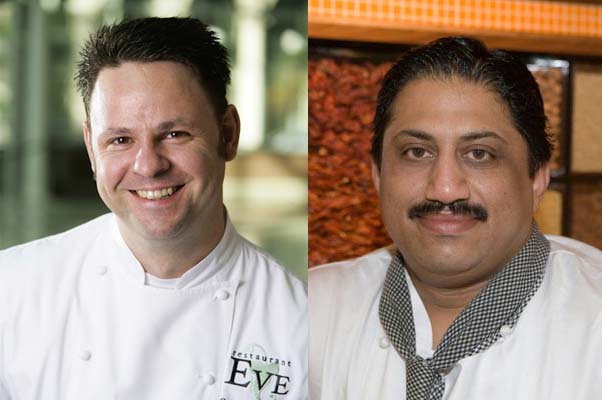 Also receiving nominations were the Taste section of the Washingtonian magazine and from The Washington Post Eli Saslow of for his “Food Stamps” article, Tamar Haspel for her Unearthed food column and Monica Hesse for her comedy article “Gwyneth Paltrow: We Love to Hate Her, But We’ll Buy Her Cookbook Anyway.”

The winners will be announced at a ceremony on May 2 in New York City. The James Beard Awards Gala will be held on May 5.

Chef de cuisine Stephen Hertzel, formerly of Sandovals El Centro D.F., will oversee Toro Toro’s kitchen. He will prepare a variety of hot and cold small plates along with a selection of steaks. The menu will also note where meat and seasonal ingredients are sourced with an emphasis on supporting local and regional farms. Prices will range from $4-$16 for small plates, salads and sandwiches and $26-$45 for steak entrées. It will also offer a $25 weekday lunch buffet.

The beverage program will feature handcrafted cocktails made with ultra-premium Latin spirits, including two barrel-aged drinks, the Buena Vida and the Manhattan de Toro, along with a collection of 130 wines from around the world and 35 wines by the glass. 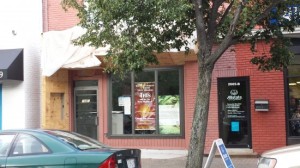 The Bombay Curry Co. will reopen up the street from its former location by April. (Photo: Balraj Bahsin)

“We decided that because we had served the neighborhood and gotten to know the people in the neighborhood for 18 years or so, it might be prudent to continue that relationship” said Bahsin, who came to the United States from New Delhi in 1986 and also owns Delhi Club in Clarendon, told Northern Virginia Magazine. “We could have opened elsewhere, but we thought it might work better in the area.”

The restaurant is finishing up remodeling and awaiting final inspections and its new sign. The menu will stay the same, although Bahsin is considering adding new items later this year. While most of the staff will be new with the re-opening, Sebastian Gonsalvez, who has been with the restaurant since 1997, will again work in the kitchen. While Bombay Curry Co. was closed, Gonsalvez cooked at a small restaurant in Maryland. 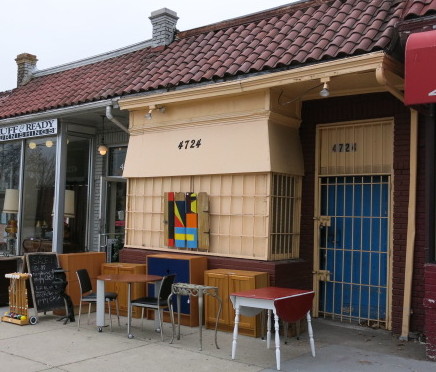 Las Placitas, which currently has a restaurant on Barracks Row, is opening another spot at 4724 14th St. NW next to Ruff n Ready Furnishings at 14th and Decatur Streets NW.

Union Social to open in NoMa in fall

Diners will be able to eat inside or outside on a tree-lined patio. The menu will be similar to the theme at Copperwood Tavern. Chef Alan Javery is developing a farm-to-table menu for Union Social with small plates and family-style dishes big enough to share. Javery, who studied at the French Culinary Institute and runs the kitchen at Copperwood Tavern, will be promoted to corporate brand chef for Wooden Nickel’s restaurants.

Starting this week, you can enjoy DC-3 hot dogs and sides from the comfort of home or without leaving your office.

The hot dog shop at 423 8th St. SE, will now deliver orders of at least $15 between 11 a.m.-2 p.m. and 4-9 p.m. Just place your order over the phone, pay by credit card and wait for your hot dogs to arrive. The delivery area is limited to a one mile radius of the restaurant on Barracks Row. The area goes as far north as Lincoln Park and as far south as the Navy Yard and Nationals Park between Potomac Avenue and The Capitol.

DC-3, part of the Matchbox Food Group, serves a variety of specialty dogs inspired by the regions that make them famous such as the Philly cheesesteak style all-beef dog with cheese whiz and sautéed onions; the classic Chicago 7 topped with yellow mustard, tomato, dill pickle, neon relish, raw onions and celery; or the Cincinnati Coney with shredded cheddar, onions and mustard. Any hot dog, chips and fountain soda costs $7.89. The restaurant also serves fried Oreos, cotton candy and fried pickles. 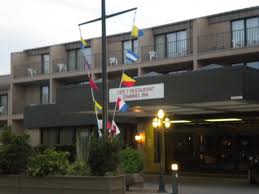 Pier 7 restaurant will close in the wake of the Southwest Waterfront’s redevelopment. (Photo: eventseeker.com)

With the contruction of The Wharf and other redevelopment underway at the Southwest Waterfront, Pier 7 Restaurant and the Channel Inn are closing after more than 40 years. The seafood restaurant at 650 Water St. SW was known for live jazz. Their last day will be Mar. 31.

Much hasn’t changed inside Pier 7 since it opened in 1973. Ship replicas, antique maps, maritime photographs and working steam engine are part of the decor. All of the restaurants contents, including its its 70s era decor, will be on view at the restaurant on April 18 from noon-4 p.m. The auction will begin to close on April 21, according to Rasmus Auctions, which is administering the sale.

The dinners can accommodate 12 people, who will dine together at a communal table within each of the four restaurants. Tickets must be purchased ahead of time at http://www.giftrocker.com/westendwednesdays/ for $100 per person. Each restaurant will serve diners a specialty small plates that will include an hors d’oeurve, a seafood appetizer, a meat selection and a dessert. The gourmet experience includes pairings of wine, beer or specialty cocktails at each stop, and guests will be escorted to each location by one of the hosting restaurant staff members.

The inaugural dinner will begin at Marcel’s, move on to Ris, then Westend Bistro and finish at Blue Duck Tavern. Both the restaurant lineup and menu will change monthly.

The Dancing Crab at 4611 Wisconsin Ave. in Tenlytown, which celebrated its 40th anniversary last year, is getting a major facelift. While they’ve already fixed up the patio, the inside is now getting a complete redo too. Work started in late November so expect significant changes since they aren’t re-opening until late summer 2014.

Alex Malaise is the new pastry chef for Et Viola!, the Belgian/French bistro 5120 MacArthur Blvd. NW. Chef Malaise is from Liege, Belgium and has cooked in several Michelin two- and three-star restaurants in Europe before coming to D.C.

Malaise began his culinary career in 1995, serving under the tutelage of Brussels chef Pierre Wynants at Michelin three-star Comme Chez Soi. He next worked at Michelin two-star L’Ecailler du Palais Royal in Lausanne, Switzerland and then at Michelin two-star La Villa Lorraine. Malaise went on to serve as chef at the well-known Maison Felix in Brussels which earned a 15/20 rating from Galut & Millau. Then in 2005, Malaise opened his own restaurant in Brussels, Les Flaneries Gourmandes. Galut & Millau gave his restaurant the Dessert of the Year Award in 2012, as well as a prestigious15/20 rating.

El Voila!’s new dessert selections include a blood orange tart with frangipane pistachio and orange zest ice cream; a croquette of apple with honey ice cream; and a poached pear in krick beer gratin with a white cheese and meyer lemon foam. The menu will also feature some of Malaise’s specials such as a banana and ganache macaroon and coconut crème caramel.

White House executive pastry chef Bill Yosses is leaving in June to move to New York to teach children and adults about eating better, the New York Times reported this week. Yosses has served Presidents Bush and Obama since 2007. 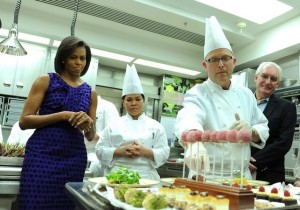 Bill Yosses (right), who is stepping down as the White House pastry chef, described the offerings for an upcoming formal dinner to Michelle Obama and culinary students in 2009. (Pool photo by Kevin Dietsch)

Yosses — dubbed “The Crustmaster” by President Barack Obama for his pie skills — told the Times he is hoping to put together “a group and foundation of like-minded creative people” to promote delicious food as healthy food. He offered no other details, but said it would be devoted to food literacy from the bottom up.

Yosses, 60, he is moving to to New York to be with his husband, Charlie Jandusay Fabella Jr., a teacher. The two married in Washington in 2011, but “for the 11 years my husband and I have known each other, we have lived in different cities,” he told the Times.

During his years there, he has created the annual gingerbread version of the White House at Christmas. Last year, it was placed on a full-size fireplace made entirely of springerle cookies, the traditional anise-flavored treats eaten at Christmas in Bavaria and Austria. It took about 120 to create the display.

“Though I am incredibly sad to see Bill Yosses go, I am also so grateful to him for his outstanding work, not just as the White House pastry chef producing the most delectable creations for everything from birthday celebrations to state visits, but also as a key partner helping us get the White House Kitchen Garden off the ground and building a healthier future for our next generation,” first lady Michelle Obama said in a statement.