Pick One Date Spot and Stick to It

When it comes to planning first dates, folks typically fall into one of two camps. Conventionally, both people discuss what they would like to do on the date, where to meet and when. 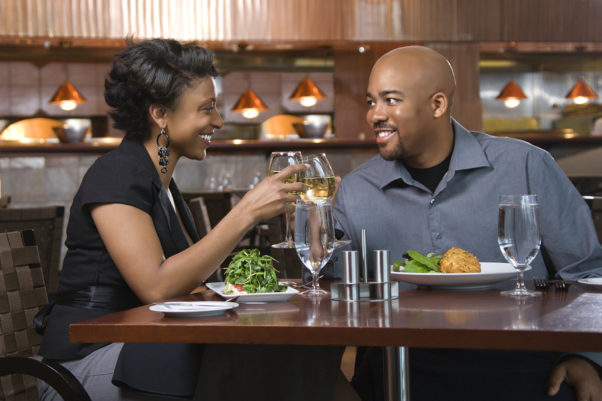 Some people take charge of planning first dates themselves, inviting each new person to the same bar or restaurant they have locked down as their First Date Spot. (Photo: Bigstock)

But there is another set of alpha daters who can’t be bothered with fielding this discussion every single time. Instead, they take charge of the planning themselves, inviting each new person to the same establishment: a bar or restaurant they have locked down as their First Date Spot. It is a crap shoot whether or not they will like their date, but at least they know they like the bar — and eliminating this one variable makes the whole experience that much less of a hassle.

Before she met her husband, Dr. Jess Carbino, a dating expert and former sociologist for Tinder and Bumble, took the majority of her first dates to one of three restaurants, all located within walking distance from her apartment in Los Angeles. The main impetus for Carbino was convenience: “I could sit at the bar and have a drink and wait for the person, and if I didn’t like them I would just walk home… or Uber home if I was worried about them following me,” she recalls.

At the time, Carbino was on a quest to find the man she wanted to marry, she says, and was willing to go on as many first dates as it would take. Managing the sheer volume of meet ups — particularly in a sprawling city like L.A. — underscored her need for reliable, go-to date spots. “There’s so much that goes into coordinating and planning a date, so having one set thing that’s easy is really comforting,” she says.

When Joel Kahn, a senior video producer at Lifehacker, was single, he grew impatient with the logistical back-and-forth of planning dates. “I thought, ‘Why am I producing a whole event tailored to each person when I know what I like to eat, what’s convenient for me, and we could maybe remove some of the variables by doing the same thing each time?’” he says. So he picked an Italian restaurant located near a major train hub and designated it his first-date spot.

Kahn wrote about his “patented three-date method” — after round one, there is a second date at an ice cream parlor and a third dinner date at his apartment. Some of his colleagues have (lovingly) deemed his approach “sociopathic,” as it treats potential partners like contestants on a reality dating show. But Kahn, who is now engaged, insists it worked for him: “It helped me get a good read on the person because I wasn’t distracted by the ambience or the restaurant.” He patronized these establishments exclusively for dates, and wouldn’t recommend deploying the system at your neighborhood go-to, where the bartenders could blow up your spot with a well-intentioned comment. 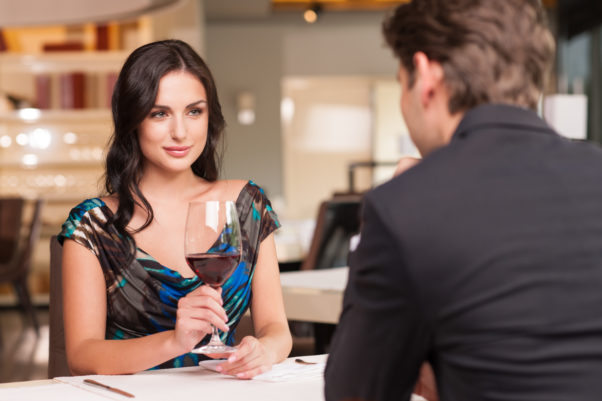 Returning to the same location for all your first dates can eliminate some of the stress involved, but it can also make dating seem routine, which may cause you to show up less excited or not make as good of a first impression, (Photo: Shutterstock)

Brooklyn bartender Natalie Hernandez regularly observes a handful of serial first-daters where she works — folks who come in as often as three times a week with different dates. But she doesn’t think of them as regulars. “It’s their [date] spot, but not their spot to hang out,” she says. “I think they’re almost embarrassed by what they’re doing. They don’t even sit at the bar — they kinda keep to themselves.” Hernandez said that she, too, keeps her love life separate from her regular haunts because “you don’t shit where you eat.”

While returning to the same familiar location can eliminate some of the stress involved with first dates, it can also make dating seem “too routine, which may cause you to show up less excited or not make as good of a first impression,” according to dating coach Samantha Burns, author of Done with Dating: 7 Steps to Finding Your Person. “If you’re really jazzed about someone, go out of your way to pick a first-date location that you think they’d like based on your conversations, not just because it’s convenient or inside your comfort zone,” she recommends.

But for some singles, bringing first dates to the same establishment isn’t just motivated by comfort or convenience; it is also a smart move, safety-wise.

“It can be especially calming for women if they know that people at the restaurant or the bar know who they are and can help them out in a situation that might be uncomfortable,” says Carbino, who didn’t try to hide from restaurant staffers that she was routinely bringing in dates to the same locations. At some bars, patrons are encouraged to ask for an “angel shot” from the bartender, code that their date is making them feel unsafe. When ordered with ice, it means “call an Uber”; with lime, “call the police”; or neat, “walk me to my car.”

Staging each new face-to-face against the same bar backdrop can exacerbate the all-too-common feeling of first-date burnout — you are just going through the motions, having nearly the same conversations, ordering literally the same drinks. On the other hand, if having your routine spot makes the hellscape of dating easier to navigate, there really shouldn’t be any shame in that. But if you are gonna shit where you eat, be prepared to clean up the mess — and don’t skimp on the gratuity.