At first glance, you won’t notice much difference between Modena, Knightsbridge Restaurant Group’s new modern Italian restaurant that opened Monday at 1100 New York Ave. NW on Monday, and Bibiana Osteria-Enoteca, which it replaced – a new coat of paint here, a different picture there or maybe some new greenery hanging above the bar. 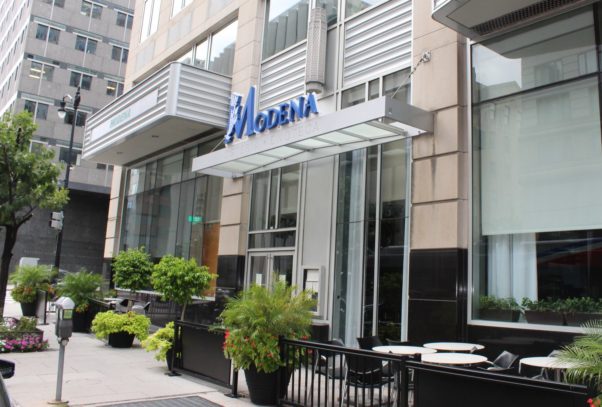 After a little over 10 years, Bibiana closed Aug. 31 and reopened as Modena on Aug. 9 with Italian-influenced seasonal cuisine driven by sustainable, locally sourced ingredients.

“Bibiana has been a landmark restaurant since it opened in 2009 … but it is time for a change,” said owner Ashok Bajaj. “Modena is going to bring a fresh, new approach that is not mired in only traditional Italian cooking. We want to provide guests with a more playful and creative menu that has a nod to Italian’s most cherished flavors and seasonal profiles on the plate. Modena will give us more freedom to showcase seasonal bounty without limitations.”

Melfi has worked under some of D.C.’s top chefs including Robert Wiedmaier, James Beard award-winning Fabio Trabocchi and Jeff Buben. In addition, he was executive sous chef at Vidalia, chef de cuisine at Blue Duck Tavern and executive chef at Fiola. 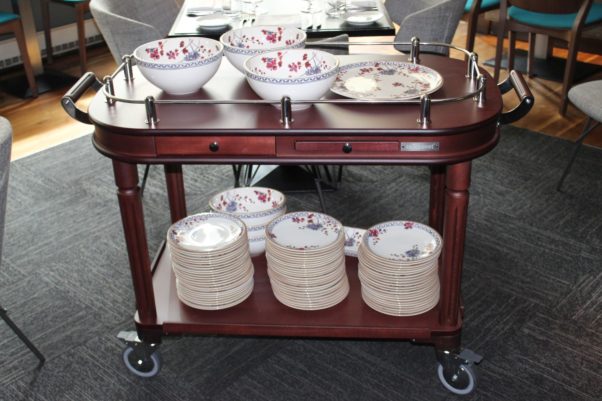 Modena features a cart in the dining room that will serve family-style antipasti. (Photo: Mark Heckathorn/DC on Heels)

One new feature in the dining room is an antipasti cart that from Italy that will serve family-style items such as panzanella salad, marinated olives, confit tuna and white bean salad, shaved prosciutto and braised artichokes. Diners can pick three of the daily-changing dishes for $15, five for $18 or seven for $20 and the server will finish them at the table with oils, vinegars or freshly grated parmigiano reggiano and cracked black pepper.

Melfi, who started a month or so before the changeover, said 90% of the menu, including the desserts, is new. Many of the ingredients come from Modena, Italy, but the dishes aren’t strictly traditional. “Modena is a good place to start, but we don’t want it too stuffy,” he said.

The menu includes crescia, a rich dough made with lard that is grilled and served with toppings that range from prosciutto and mascarpone cheese, to tuna crudo with olives and basil cream; crudo served on 1,500-year-old Himalayan red rock salt; and veal ribeye with crispy sweetbreads, chanterlle mushrooms, pancetta and Castelmango fondutta. 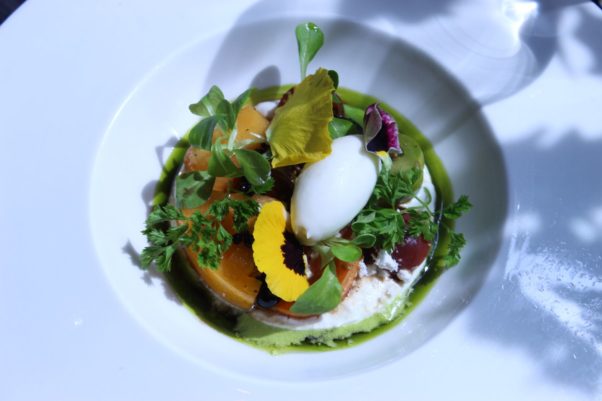 All the pasta except the lumachelle, which requires a special machine, is being made in-house daily. Dishes include chitarra pasta with Calabrian chili, Piennolo tomatoes, sea urchin and jumbo lump crab; agnolotti pasta with corn, chanterelles and soppressata; potato gnocchi with shaved truffle, water buffalo-butter and pecorino; and traditional tagliatelle with beef, pork and veal Bolognese and parmesan. The lunch menu also includes pasta e fagioli with the lumachelle pasta, coco rubio beans, pancetta and San Marzano tomatoes, a dish from Melfi’s grandmother’s collection.

The kitchen is also baking its own focaccia, which is served with whipped buffalo-milk whipped butter. Other specialty breads come from local baker Mark Furstenberg.

The lunch menu includes pizza, which isn’t served at dinner, along with some other offerings. Modeno is also keeping Bibiana’s three-course, $30 lunch special in the dining room that includes a glass of wine and the $20 business lunch at the bar with an entrée and wine or dessert. 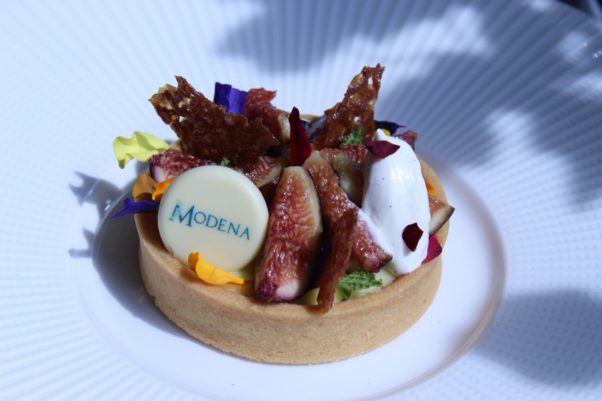 Wine is a fixture of the beverage program. But instead of confining the 225-bottle list to Italy, Modena has added offerings from Spain, the U.S. and other countries. General manager Steve London, who comes from Knightbridge’s Rasika, changed all the cocktails, except the Bibiana Manhattan, which is a nod to the restaurant’s past. The Great Belzoni, named after Italian explorer Giovanni Belzoni, features rye whiskey, Don Ciccio & Figli’s amaro, and bitters. The Hotel Cozumel features house-roasted pineapples marinated in raw sugar syrup; and the Modena Sour gets topped with Lambrusco bubbles.