Last week, the James Beard Foundation released its list of semi-finalists for their annual awards — the so-called Oscars for restaurants. The finalists will be announced Mar. 27, and the awards will be handed out in Chicago on May 6 at the Lyric Opera during a ceremony hosted by Jesse Tyler Ferguson of Modern Family. 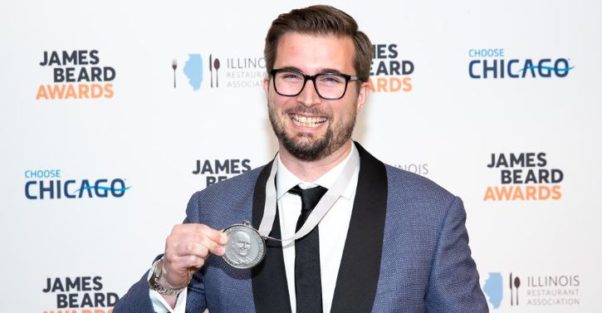 Chef Jeremiah Langhorne of The Dabney with his medal after winning the James Beard Foundation’s Best Chef—Mid-Atlantic award in 2018. (Photo: Huge Galdones)

The DMV was well represented, which could be promising. You can find a list of all the semi-finalists online. Annie’s Paramount Steakhouse in Dupont will be given its America’s Classic award at the same dinner. The local semi-finalists are:

Get the tartar sauce ready. Chick-fil-A is bringing back its fish sandwiches for Lent. 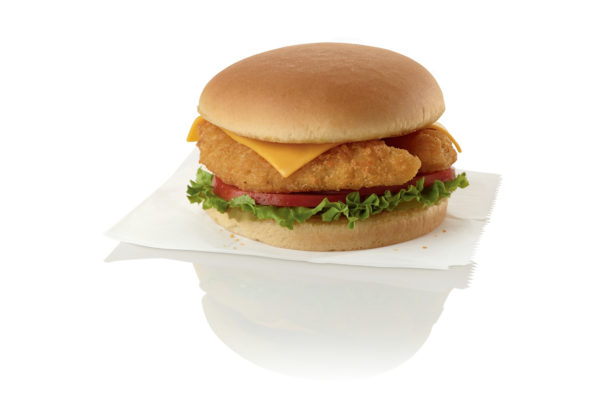 Some Chick-fil-A restaurants will be serving fish sandwiches for Lent. (Photo: Chick-fil-A)

Starting on Wednesday, Mar. 6, the chicken-focused chain will offer the sandwiches and fish sticks on its menus through Apr. 20. During Lent many Christians abstain from eating meat on Fridays.

Chick-fil-A’s sandwiches are made from cod and include a traditional fish sandwich and a deluxe fish sandwich with cheese as well as 2- and 3-piece boxes served with waffle potato fries.
The sandwiches contain 370 and 439 calories, respectively.

Before heading out check to see if your local restaurant is serving the sandwiches.

Astro Doughnuts & Fried Chicken, 1308 G St. NW and 7511 Leesburg Pike, Falls Church, unveiled its flavors for March and a CBD doughnut that is available for a limited time. 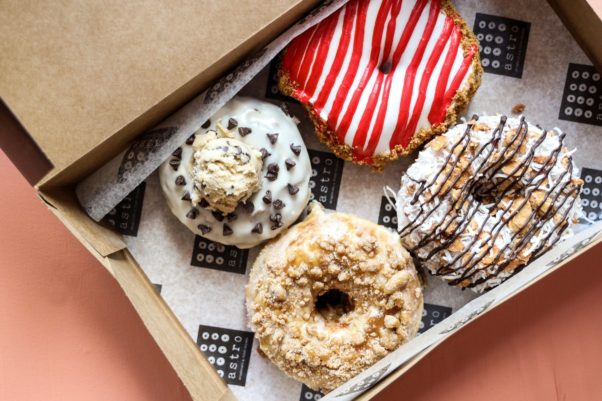 The first CBD doughnut available in the DMV, Astro’s is its signature birthday cake doughnut, a chocolate cake doughnut topped with vanilla glaze and sprinkles, and instead of vanilla buttercream, it is filled with a chocolate buttercream made with CBD oil ($4.50/each). 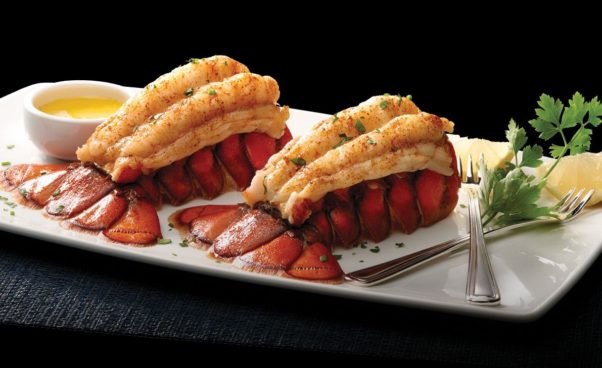 Morton’s will offer twin lobster tails for $39 on Fridays during Lent. (Photo: Morton’s)

The special is available Fridays from Mar. 8 through Apr. 12 from 5 p.m. to close. 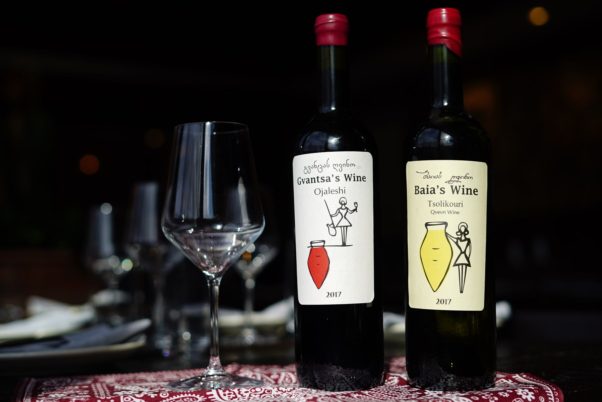 Supra will offer $10 off bottles of wine from sisters Baia and Gvantsa Abuladze on Friday to celebrate Internatioanl Women’s Day. It will also donate 8 percent of all dinner sales to N Street Village. (Photo: Supra)

Marked as a public holiday in the country of Georgia, International Women’s Day recognizes and remembers women and the accomplishments they have made to society.

The young female winemakers, still rare in Georgia, are making a big impression on the wine scene and are becoming very well known. While theirs is a family affair – they are fourth-generation winemakers – Baia is largely responsible for the white and amber varietals, while Gvantsa focuses on the red varietals. The Gvantsa sisters hail from the west of Georgia, where wines tend to be light and refreshing, with less skin contact that gives many east-Georgian wines darker colors and more intense flavors.

Supra will also donate 8 percent of all dinner sales on Friday to N Street Village, the largest provider of services for women experiencing homelessness in the District, serving nearly 2,000 homeless and low-income women each year. It offers services, housing and advocacy. 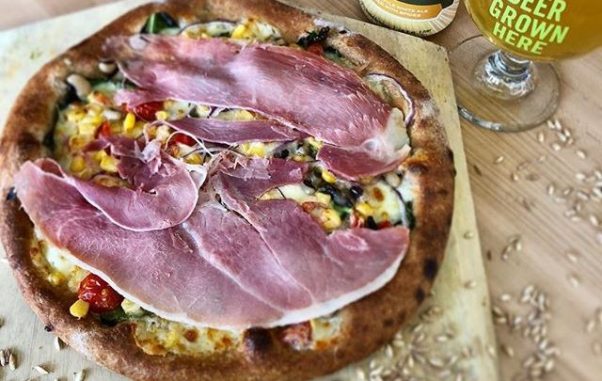 She Should Run is a nonpartisan, nonprofit organization promoting leadership and encouraging women from all walks of life to run for office. 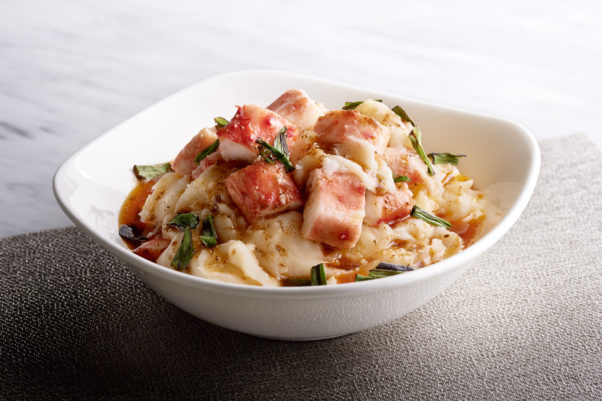 In addition to its Chesapeake crab cakes and lump blue crab, the restaurant will add crab mashed potatoes to its menu for the day. The concoction is a blend of truffled whipped potatoes topped with chunks of Alaskan king crab and Old Bay butter. The dish is priced at $29.

The restaurant is open from 5-11 p.m. on Saturday. 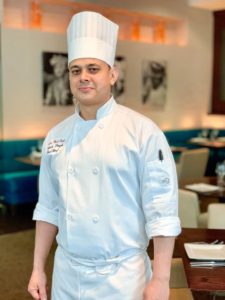 Singh will lead the kitchen under the direction of group executive chef Vikram Sunderam, who opened both Rasika locations and created the recipes for the company’s first cookbook released in October 2017, Rasika: Flavors of India. Guests will see a selection of new dishes created by Singh on the seasonal menu of this landmark restaurant, which will still be spearheaded by Sunderam.

Singh hails from Patna, the northeast region of India. He most recently was the executive chef of The Westin Hyderabad Mindspace in Telangana, India, from 2016-2018. During that time, he was awarded the ACE Executive Chef among Marriott’s Full-Service portfolio. He joined the resort in 2011 as chef de cuisine, climbing to the executive chef role during his tenure.

Prior to joining Westin, Singh served as sous chef and then head chef for two Michelin one-star restaurants, Tamarind and Amaya, both located in London from 2009-2011. He gained his early culinary experience at ITC Hotels, as a sous chef and junior sous chef from 2006-2009 working in Mumbai, India.