Two weeks ago, Long Shot Hospitality announced plans to open the New Orleans-inspired Dauphine’s this fall in the 14-story Midtown Center, the new building at the former Washington Post site at 15th and L Streets NW. Last Wednesday, Jan. 30, the company that also owns Salt Line in Navy Yard closed its Sixth Engine restaurant in the Mount Vernon Triangle neighborhood after seven years and sold the building to the owners of The Pub and the People.

Long Shot Hospitality closed Sixth Engine on Jan. 30 and has sold the building to the owners of The Pub and the People, who will reopen it with a similar concept under a new name. (Photo: PoPville)

Long Shot opened the restaurant in 2011 in the District’s oldest firehouse, which dates from 1855, and served until it was decommissioned in 1974. Sixth Engine served local craft brews, handcrafted cocktails and American fare.

Partner Jeremy Carman said in a press release the company was closing the restaurant to focus on Dauphine’s as well as a second Salt Line location that is expected to open in Ballston in Spring 2020.

The team behind The Pub and the People will reopen it in 2-3 months under a new name.

“The plan is to set up a full-service restaurant and bar very similar in concept to our first project, The Pub and the People, in the Bloomingdale neighborhood of D.C.,” the building’s new owners said in the same press release. Details are still in development, but expect craft beers, cocktails and gastropub fare. 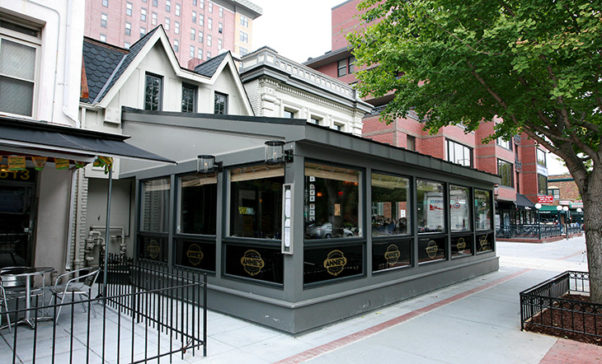 The award is given to locally owned restaurants that have timeless appeal and are cherished for quality food reflecting the character of their community, according to the foundation’s website. The restaurant will be honored at the foundation’s awards gala on May 6 at the Lyric Opera in Chicago. In D.C., Ben’s Chili Bowl and the recently closed C.F. Folks lunch counter have also been given the award.

Annie’s joins the ranks of more than 100 restaurants from across the country that have received the award since the category was introduced in 1998.

“In an industry where longevity is quite an achievement, it is important to honor and celebrate the establishments that have stood the test of time, like the restaurants being recognized as America’s Classics this year,” said Clare Reichenbach, James Beard Foundation CEO. “These restaurants provide not only wonderful culinary experiences, but are important and enduring pillars in their communities.”

“Annie’s endures as a nexus for Washington, D.C.’s LGBTQ community,” according to a press release. The restaurant celebrated its 70th anniversary in December.

George Katinas, a first-generation Greek-American and U.S. army veteran, opened the restaurant in 1948, and by the early 60s it had earned a reputation as a welcoming space for gay people. It moved to its current location in 1985, and George’s son, Paul Katinas, eventually took over. Through the years, Annie’s has remained a stalwart supporter of LGBTQ causes, among them the Gay Men’s Chorus, Whitman Walker Clinic, Food and Friends and the Capital Pride parade, the release said. “At Annie’s, the steaks are hefty, the burgers juicy and the cocktails strong, but what really keeps people coming back is the restaurant’s legacy of inclusiveness and respect.” 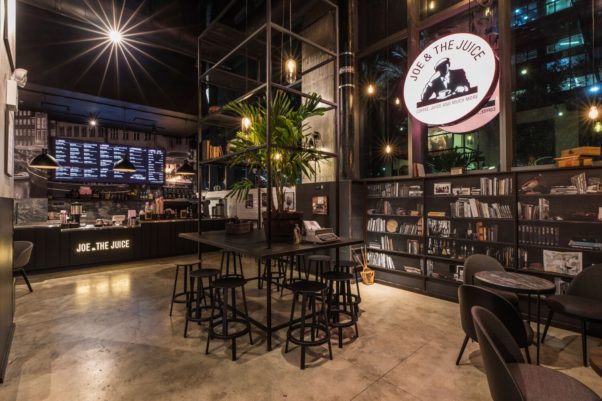 Joe & the Juice (pictured) and Bethesda Bagels will open in Bethesda’s Wildwood Shopping Center this summer. (Photo: Joe & the Juice)

The Danish juice bar and coffee shop, which has other locations in Bethesda Row and at 1500 K St. NW, will open a 1,900 square-foot store located between Sanctuary Interior Design and Irresistibles.

Joe & the Juice has more than 260 outlets across North America, Europe, Asia and Australia. It will offer a new expanded menu with omeletttes and other breakfast items, including its signature vegan Joegurt mad with coconut yogurt, in addition to freshly squeezed juice, coffee, shakes and sandwiches.

Bethesda Bagel, with locations in Bethesda Row, Dupont Circle, Navy Yard and Rosslyn, will open an 1,800 square-foot store near CVS and Solidcore, and will be open from 6:30 a.m.-5 p.m. Monday through Saturday and from 7 a.m.-3 p.m. on Sunday.

It will feature NY-style bagels and cream cheeses made in house along with classic egg sandwiches, smoked fish sandwiches and a variety of lunchtime sandwiches including house-made corned beef and fresh roasted turkey.

The shopping center was expanded by more than 4,000 square feet on the southside near Le Pain Quotidien. The southside also features a new common outdoor area with lounge chairs and an available 1,300-square-foot storefront. 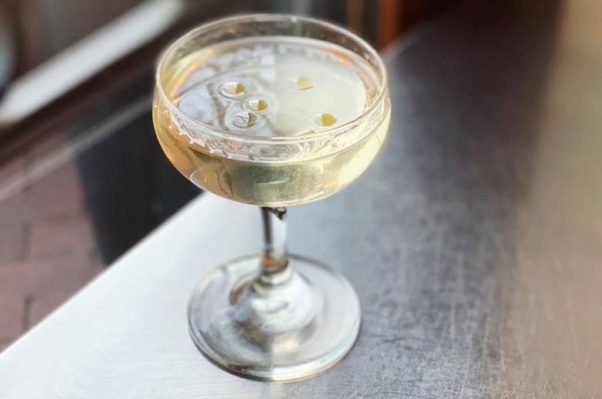 The Royal in Ledroit Park hosts a Chinese New Year-themed Royal Knights pop-up from 8:30 p.m.-1 a.m. Monday. Among the featured drink is this Let’s Get Down to Business made with Szechuan-infused honey vodka. (Photo: The Royal)

There will also be Baijiu and Tsingtao boilermakers, pairing China’s national spirit made from grain with beer from China’s second largest brewery and $3 canned brews from Atlas Brew Works.

From Feb 4-10, 2019, diners at the Hay-Adams, 800 16th St. NW, can enjoy the flavors of Capri, Italy as Stefano Mazzone, the executive chef from the island’s Grand Hotel Quisisana, visits as part of a partnership between the two hotels, both member of the Leading Hotels of The World group.

Diners can order from a Capri-inspired prix-fixe dinner menu beginning Monday, in the Lafayette restaurant. Throughout the week, Italian dishes will be featured on the breakfast, lunch, dinner and weekend brunch menus, including a signature cocktail from the Grand Hotel Quisisana. Specials will also be showcased on the hotel’s Off the Record bar menu. A selection of the most popular dishes will remain on the menus for the remainder of February.

At 6 p.m. on Thursday, Feb. 7, a gala dinner will be held at the Top of the Hay, showcasing a four-course menu paired with Italian wines from the Banfi winery. The Capri tasting experience is limited to 40 guests and priced at $295. Tickets are available at online. 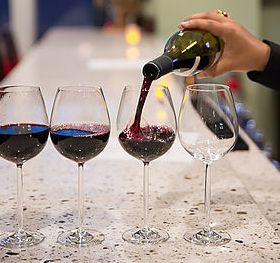 Bastille will hold a wine tasting class one Saturday each month. This months class is Melbec Here and Ther at 2 p.m. on Feb. 9. (Photo: Bastille)

Bastille, 606 N. Fayette St., Alexandria, will offer wine classes highlighting a different French grape or region one Saturday each month from 2-4 p.m. Classes are priced at $35 per person and include cheese, charcuterie, flatbread crackers and bread to pair with the wines. Classes will be led by Charlotte Devilliers.

Upcoming classes include Malbec Here and There on Feb. 9, Loire Valley — A Romp Through the Garden on Mar. 9 and Same Grape, Different Name on Apr. 6. Tickets for February’s class can be purchased online.