Is Isabella Eatery in Tysons Next to Close?

Since former Top Chef contestant Mike Isabella and his partners settled a sexual harassment lawsuit with former Isabella Eatery director of operations Chloe Caras out of court, three of his restaurants have closed and now there are reports that Isabella Eatery, the giant food hall at Tysons Galleria, 2001 International Drive, McLean, itself is in financial trouble. 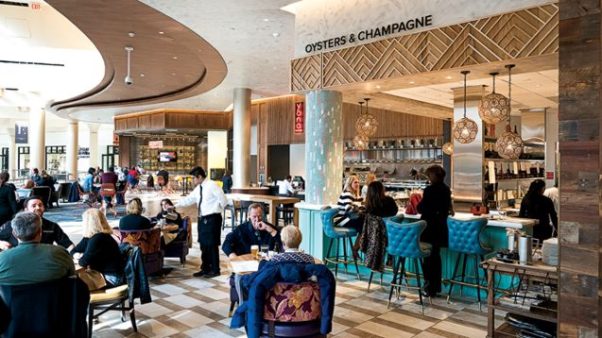 Isabella Eatery employees paychecks have bounced, kitchens have been closed and the menus have been pared down and combined into one. (Photo: Scott Suchman)

Requin Brasserie in Fairfax’s Mosaic District was the first of his restaurants to shutter, then Graffiato Richmond closed followed by Isabella’s flagship Graffiato in Chinadown, and several of the landlords are suing for unpaid rent. Now employees at Isabella Eatery report their paychecks have bounced, and most of the kitchens at the 41,000-square-foot venue have closed. Also, a local real estate broker told Washingtonian magazine last week that the space is quietly being shopped around.

Isabella told the magazine in a text message that the food hall isn’t closing, it has just “been a slow summer.” He also said he wasn’t aware of the space being marketed and that he is looking forward to Restaurant Week, which begins today.

Isabella Eatery opened in December with seven spinoffs of Isabella restaurants, including Requin, Arroz and Kapnos, in addition to a coffee shop and ice cream parlor. Requin has already closed and menus have been cut with most of being combined into one. Higher-price items like oysters and sushi have replaced by all-day options such as Pepita guacamole alongside Graffiato spaghetti. Only the coffee shop and ice cream parlor’s menus remain separate. Everything else is prepared in Graffiato’s kitchen.

“All these kitchens, you need chefs, you need kitchen managers, you need runners. You’re talking over 300 employees,” Isabella told the magazine. “And if you’re not busy, there’s a problem.” Plus, he said, people were confused by the setup, not knowing which was fast-casual and which was sit-down, or if they could order food from one restaurant and eat it in another.

When news of the lawsuit became known, Isabella acknowledged that sales dropped – a lot. That lead to consolidating the kitchens and cutting staff. He also acknowledged that checks bounced, but insists that the staff all got paid eventually.

Former employees say the restaurant is very disorganized and nothing is done cohesively. There is also poor communication throughout the company, one said.
Another former employee said business suffered after Caras’s lawsuit, but some problems went beyond that. He said the restaurant was not ready to open when it did, resulting in poor Yelp reviews. And staff didn’t feel like their suggestions were heard, or that their work was appreciated by company leadership.

Isabella said he expanded Mike Isabella Concepts too fast, opening more than a dozen restaurants in seven years, along with airport kiosks and stadium concessions, but he held off shutting some because it wouldn’t look good with the debut of Isabella Eatery. “When you go from a couple restaurants to doubling your company in size in a matter of nine months, it’s not easy,” he said. “There’s going to be cracks and stuff like that, and it happened.”

Casa Luca, Fabio and Maria Trabocchi’s osteria at 1099 New York Ave. NW, closed after service on Aug. 4 and reopened last Thursday as a branch of the pair’s Sfoglina pasta house in Van Ness. 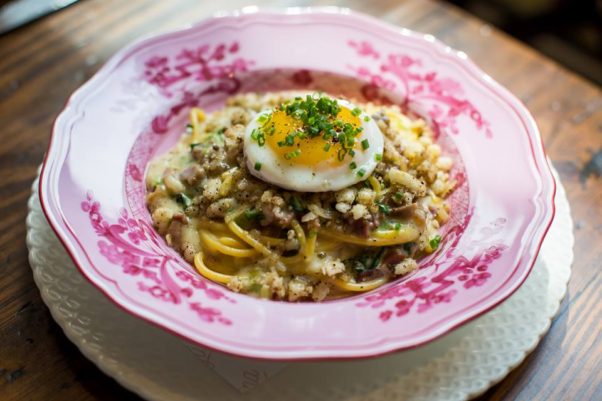 Casa Luca was meant to be a “casual” restaurant compared to Tabocchi’s Del Mar or Fiola Mare, with pastas and family-style roasts. Still, it was more formal than casual when it came to the atmosphere and the cooking, while Sfoglina is a brighter and peppier restaurant, but still not so casual with $23-$26 pastas.

This isn’t the first Sfoglina spin-off. In May, the Trabocchis announced that a branch of the restaurant would open in a massive space in Rosslyn.

The original Thai-Xing, 515 Florida Ave. NW, has reopened in LeDroit Park. It closed about a year ago. The restaurant has a second location at 2020 Ninth St. NW, which opened in 2014 near the 9:30 Club. 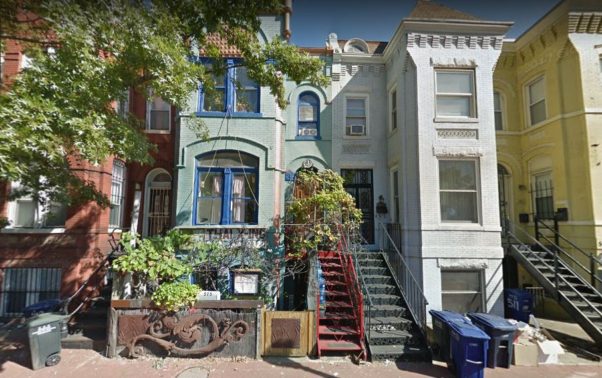 The restaurant serves a chef’s choice prix-fixe menu that includes five to seven courses including dessert. The menu rotates daily with a few mainstays like pumpkin curry. Tuesday’s menu is vegetarian/pescatarian; Wednesday and Thursday’s menus include meat and vegetables with a fish option for parties of four or more; Friday and Saturday menus include meat, fish and vegetables and Sunday is vegetarian only.The price is $30 except on Friday and Saturday, when the price is $40. Groups of five or more add $10 per person to the price.

Both restaurants serve non-alcoholic drinks including Thai iced tea, Thai iced green tea, Thai iced coffee, hot green tea and coconut water. The Ninth Street location has a full bar with wine, beer and liquor or diners may bring their own wine for a $5 corkage fee.

Sticky Fingers, 1370 Park Road NW, the vegan baker and café in Columbia Heights, close from Aug. 20-24 and reopen on Aug. 25 with a new modern look and streamlined menu. 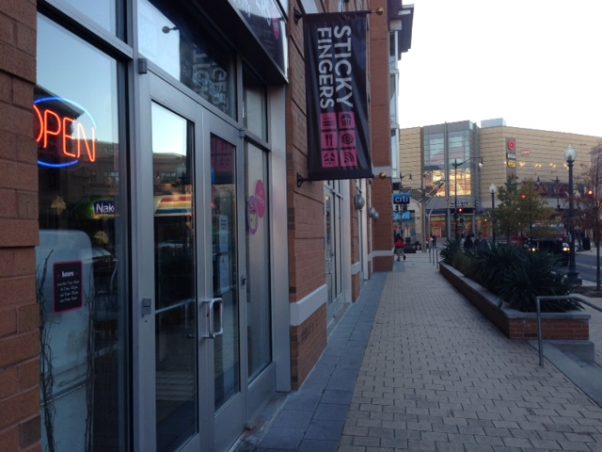 Sticky Fingers bakery and cafe in Columbia Height will be closed Aug. 20-24 and reopen on Aug. 25 with a new look and smaller menu. (Photo: PoPville)

The eatery received a 2017 Great Streets Small Business Grant, which it will use to remodel the space.

Sticky Fingers opened in 1999 and moved to its current location with a retro design reminiscent of a 1950s kitchen in 2006. After closing for renovations, it will have a new look from Streamline Construction with light, bright colors, modern finishes and a clean, open feel, while maintaining a touch of vintage charm.

The restaurant will also have a scaled-down menu focused on its vegan sweets and breakfast/brunch options, with an expanded selection of cake designs. And beginning Sept. 10, Sticky Fingers will be open on Mondays from 8 a.m.-8 p.m. 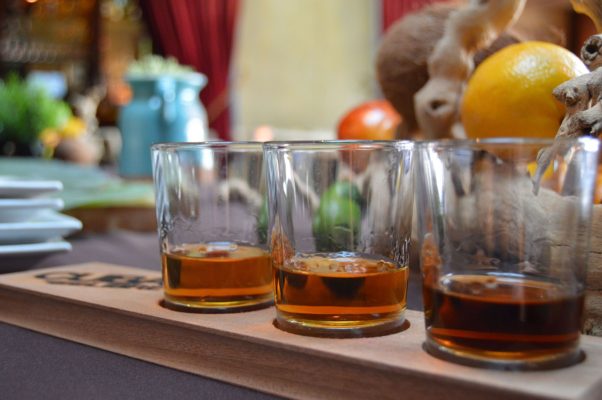 All rum and rum drinks including flights will be half price at Cuba Libre on Thursday from 4-7 p.m. for National Rum Day.
(Photo: Cuba Libre)

On Tuesday, Aug. 14, beginning at 6:30 p.m., the restaurant will host a rum dinner featuring Brugal Rum made in the Dominican Republic. Diners will learn the history of the distillery, which has been producing in since 1888.

Tickets are $85 per person.

Then on National Rum Day, Thursday, Aug. 16, all rums, rum flights and rum-based mixed drinks will be half price in the bar/lounge during happy hour from 4-7 p.m. Cuba Libre’s rum list showcases more than 90 premium and flavored varieties from Guyana, Haiti, Nicaragua and Tortola. Rums are priced from $8-$84 per shot.

Pizzeria Paradiso will hold the next installment of its annual Four Seasons Beer Festival this Saturday, Aug. 18, from 11:30 a.m.-3:30 p.m. at its Dupont Circle location, 2003 P St. NW. Tickets are $80 and include unlimited beer tastes and pizza, and a Summer Fest glass. 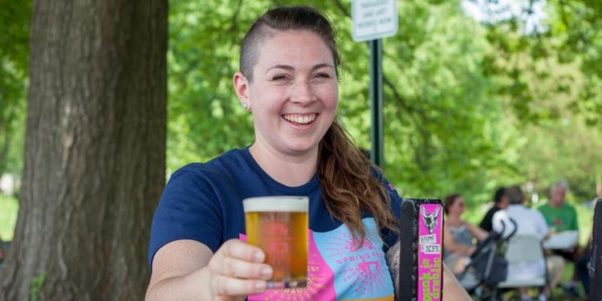 Chef Emeril Lagasse will make his first visit and headline the 13th annual MetroCooking D.C., Dec. 1-2 at the Walter E. Washington Convention Center. Joining Lagasse at the show will be chefs Lidia Bastianich and Carla Hall.

New this year will be a holiday gingerbread house competition with local professional and amateur bakers showing their creations and vying for prizes including “People’s Choice.”