Restaurateur Mike Isabella, his company and his partners have settled a sexual harassment lawsuit filed by a former top manager according to a joint statement issued Monday. The amount of the settlement wasn’t disclosed, although the original lawsuit asked for $4 million in damages. 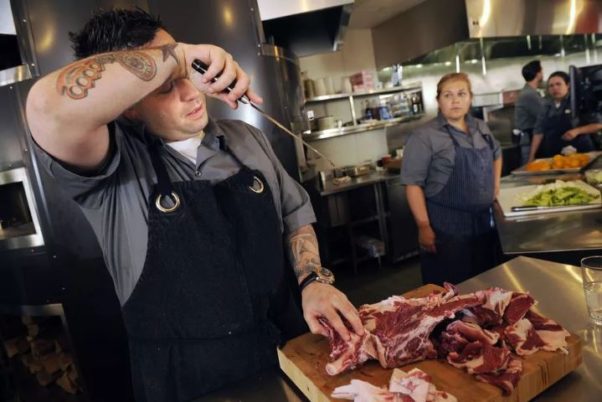 The lawsuit claimed that the Season 6 Top Chef contestant and the others subjected her to sexual harassment such as unwelcome touching, sexual advances, vulgar and explicitly sexual gestures, sexist insults, texts calling her a “dumb bitch” and “whore” and spreading malicious and false rumors about her sexual history and activities. The suit also claimed that Isabella and his partners ogled and commented on female restaurant guests, bragged about sexual exploits with prostitutes, named cocktails after sexual conquests and directed hiring managers to “hire women who were ‘hot’ or ‘good looking.’”

Caras later withdrew that lawsuit and refiled an expanded suit in the U.S. District Court for the District of Columbia on Apr. 3. In addition to the previous charges, it claimed MIC required employees to sign non-disclosure agreements (NDAs) since 2011 to prevent employees from speaking out about sexual harassment at the restaurants. It asked for undisclosed monetary damages as well as for the court to declare the NDAs invalid and unenforceable.

“This agreement allows Chloe to focus on her bright future, and allows us to focus on a future in which all of our valued employees will continue to flourish in our management ranks as we remain positive, productive leaders in the D.C. restaurant community,” Isabella said in the statement. “I am happy to personally guarantee that we will strengthen our internal policies and practices to ensure all MIC employees work in a comfortable environment.”

“In settling this case, Ms. Caras met one of her central goals, which was to have MIC enter into a binding agreement obligating it to take corrective measures, including robust training, and to adopt policies to encourage a work environment free of sexual harassment,” said Debra Katz, Caras’ attorney. 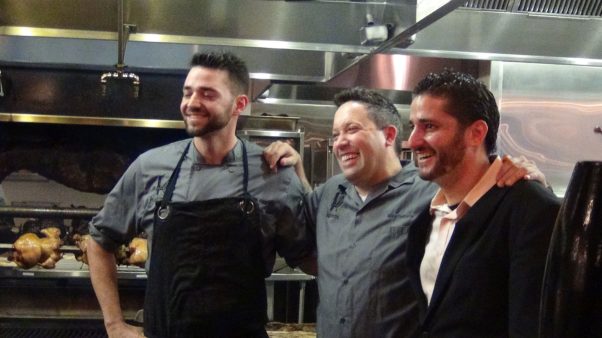 The settlement does not include any changes in management at the company, a person familiar with the case, who spoke anonymously with the Washington Post said. Unlike disgraced celebrity chefs like Mario Batali and New Orlean’s John Besh, Isabella will remain in charge at MIC, Batali and Besh both stepped down.

One former investor, who said he is pursuing legal options against MIC, told the Post it was because of the way the company is set up with most investors only having small stakes in a restaurant, so they have no say in how the restaurant is run. Also, they don’t want their names associate with a sexual harassment lawsuit.

Since the lawsuit was filed, Isabella has lost business partners, closed restaurants and lost staff. Long-time spokeswoman Jennifer Resick Williams of Know PR quit; the Washington Nationals cut all ties with the chef and his company eliminating three stands from the baseball stadium; Dine-N-Dash, José Andrés’ annual fundraiser for World Central Kitchen, dropped Isabella and his restaurants from the event; Plum Relish, a catering service, removed Catering by Mike Isabella from his bento-sized lunchbox delivery service; Best Buddies Prom dropped Isabella as its culinary chair; and the Restaurant Association of Metropolitan Washington rescinded RAMMY nominations for Arroz and G by Mike Isabella, two of the chef’s restaurants. Also, chef Michael Rafidi from Requin at the Wharf and Arroz in the Marriott Marquis resigned to start his own restaurant and Requin Brasserie in Fairfax’s Mosaic District closed.

There was no mention of whether the NDAs would be nullified, although Caras probably signed one to keep the terms of the settlement confidential.