A new field that took 600 dump trucks full of sand and 100,000 square-feet of Kentucky bluegrass sod await the Washington Nationals when they take the field at 1:05 p.m. Apr. 5 for opening day against the New York Mets, and there will be plenty of new things awaiting fans too. 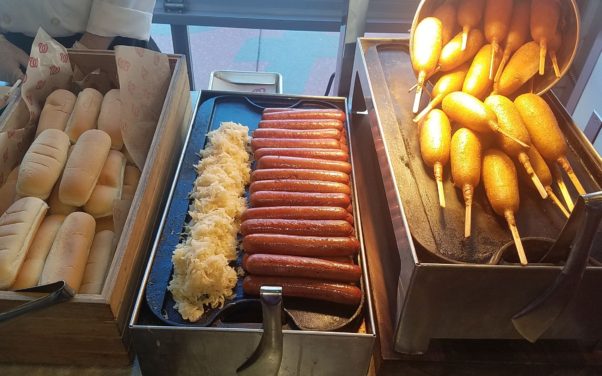 While everything won’t be ready for today’s pre-season game against the Minnesota Twins at 4:05 p.m., Jonathan Stahl, vice president of ballpark operations and guest service, promised they would be by opening day.

Among the changes is a revamped play area for kids, a virtual-reality Home Run Derby booth and the Coca-Cola Social Media Lounge with interactive displays, cornhole and phone charging stations.

But most of the new items for the fans are new food and drink choices at the stadium. Gone are G Sandwich Shop, Kapnos in the Park and Catchfly from Mike Isabella Concepts, which the team announced wouldn’t return after a former top manager filed a sexual harassment lawsuit against owner Mike Isabella, the company and four partners.

Stahl said the Nationals were planning to replace Catchfly and Kapnos at the Park in Section 301 anyway based on “fan feedback.” He said park officials had hoped Isabella’s “specialty and niche concepts” would bring new people up to the gallery level. “We are [now] working to put more standard ballpark fare up there.” However, the recent allegations led the team to remove the G Sandwich Shop by Section 136. “We have a zero-tolerance policy as an organization, and with the allegation, we felt it was the best decision to make,” Stahl said.

In a statement following the team’s announcement to part ways with Isabella, the chef called it a “suspension,” but Nationals’ vice president of communications Jennifer Giglio told DC on Heels during a media tour Monday that the decision was final. 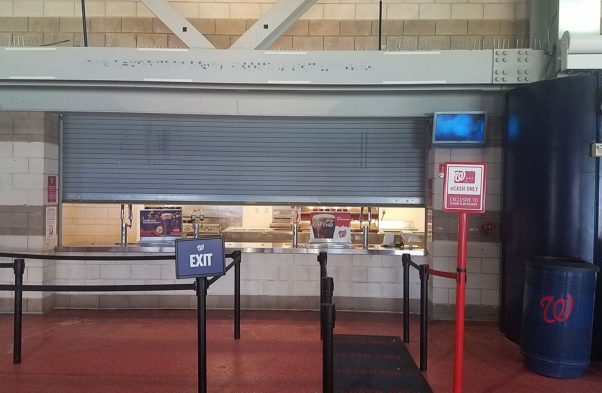 No replacement has been named for embattled chef Mike Isabella’s G Sandwich Shop at Nationals Park. The team kicked Isabella out after he was sued for sexual harassment by a former top manger. The shop sat empty at Monday’s media preview.
(Photo: Mark Heckathorn/DC on Heels)

Old Hickory BBQ, which was available last year at the Norfolk Southern Club and serves barbeque pulled pork and brisket sandwiches, pulled pork nachos, hot links and pork rinds will replace the Greek Kapnos while another outpost of Change-Up Chicken, which serves chicken tenders and fries, replaces Southern-style Catchfly. Stahl wouldn’t say what was replacing G since it isn’t final yet, but did say it would be in place and open on opening day.

Also gone are On Rye, which served babka ice cream sandwiches, because the restaurant in Chinatown closed last December, and Pinch Dumplings.

Nathan’s Famous Hot Dogs will replace Hatfield hot dogs throughout the park and be available in regular, footlong or corn dogs. Hyattsville-based Encore Sausage Co. will supply all sausages sold at the park this year.

New drinks on the Nats’ menu this year include:

District of Cocktails will offer a seasonal menu of rotating beverages made with liquor crafted in D.C. including District Distilling Co., Republic Restorative Distillery, New Columbia Distillers and One Eight Distilling. (Sections 112 and 135)

Devils Backbone Bar will feature a variety of Devils Backbone beer including Earned Run Ale, created for the Nationals. It will also be available in area stores this year. (Section 240) 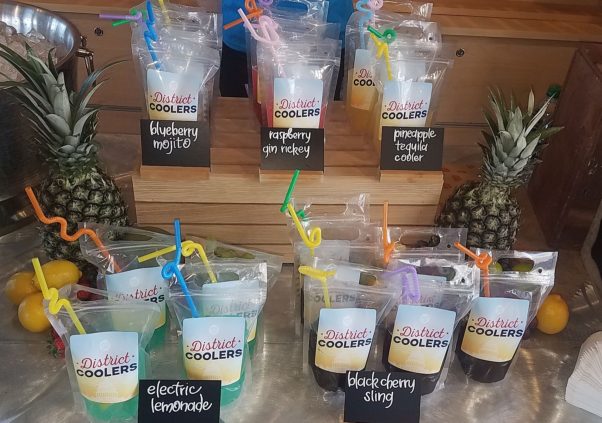 In addition to Old Hickory BBQ and Change-Up Chicken, new food stands include: 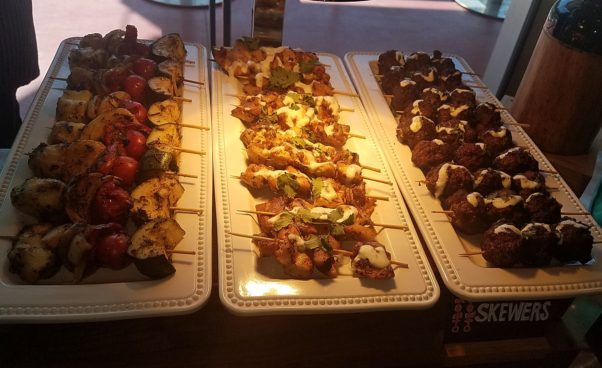 Street Skewers will feature street food from around the world. The rotating menu of shish kabob snacks will feature Greece, China, Thailand and Mexico with at least one vegetarian option. Greek skewers including chicken souvlaki, beef and lamb keftedes and halloumi with vegetables will lead off the season. (Section 113)

Italian Outpost will serve sandwiches including a classic meatball sub and an Italian hot beef dip where Pinch Dumplings had been. (Section 302)

A few other changes to note: The Nationals will not longer offer complimentary Inside Pitch programs, which include a scorecard. Chief revenue and marketing officer Valerie Camillo said the move was to help save the environment by not printing millions of programs each year. The content will be found on the MLB.com Ball Park app with a scorecard and pencil available at the team store for $1. Also, due to city law, the park has gone smoke-free and the smoking areas inside and outside the park eliminated.