Mike Isabella, his Mike Isabella Concepts (MIC) restaurant group and his four partners were sued by a former top manager in D.C. Superior Court on March 19 for sexual harassment and retaliatory termination. Then his long-time publicist Jennifer Resick Williams of Know PR scrubbed him from her webite, his former boss José Andrés removed him from Dine-N-Dash, a fund-raising event for World Central Kitchen. Since then he was removed as cullintary director for the Best Buddies Prom, Eater removed his restaurants from their guides and now he has been thrown out at Nationals Park and his top chef, who oversees Arroz, 901 Massachusetts Ave. NW, and Requin, 100 District Wharf SW, has quit. 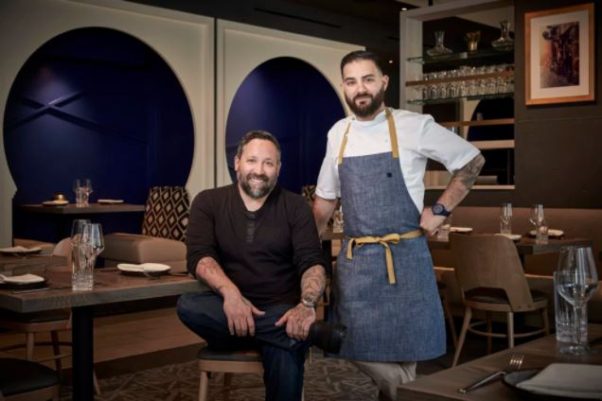 Michael Rafidi, the executive chef at Isabella’s Spanish restaurant Arroz in the Marriott Marquis connected to the Walter E. Washington Convention Center and French restaurant Requin at the new Wharf development on the Southwest waterfront, is parting ways with Isabella just days after Chloe Caras charged Isabella and his partners with a number of sexual harassment allegations. Isabella, through his attorney, denies the charges.

Rafidi does not make mention of the allegations in a statement, but also dosen’t make specific reference to the embattled chef either.

“I have decided to step away from my role(s) with Mike Isabella Concepts (MIC). This past year has been an extremely rewarding journey back home to DC and I am grateful for the talented, hardworking teams at Arroz and Requin for all that we were able to accomplish together. I wish the teams all the success in the world and am committed to setting them up for success in my last weeks with the group. I’m excited to be able to focus on the reason I moved home to DC, to fulfill my dream of opening my own restaurant. I recently returned from a trip to Beirut, and will be taking some much needed time off to travel the Levant Region of the Middle East for research and development of my new concept, right here in the District,” Rafidi said in a statement.

“A gracious thank you for your support of Arroz and Requin, and I look forward to sharing the next chapter of my culinary journey with you soon,” he said.

Rafidi, a Maryland native, came to MIC to open Arroz last year after working at RN74, restauranteur Michael Mina’s French restaurant in San Francisco. Chef Jennifer Carroll was supposed to be the chef at Requin, but left the original Mosaic District outpost of the restaurant abruptly last fall, and Rafidi was tapped to take over. DC on Heels reached out to Carroll, who operates an in-home catering business in D.C. and is opening a new restaurant in Philadelphia, but has not received any comment as to if the allegations in Cara’s lawsuit had anything to do with her departure.

Rafidi is a nominee for “Rising Culinary Star of the Year” in this year’s RAMMY Awards given by the Restaurant Association of Metropolitan Washington (RAMW).

Also, The Washington Post reported that the Washington Nationals have booted three of Isabella’s eateries – Kapnos at the Park, G Sandwich Shop and Catchfly — from Nationals Park following the allegations. 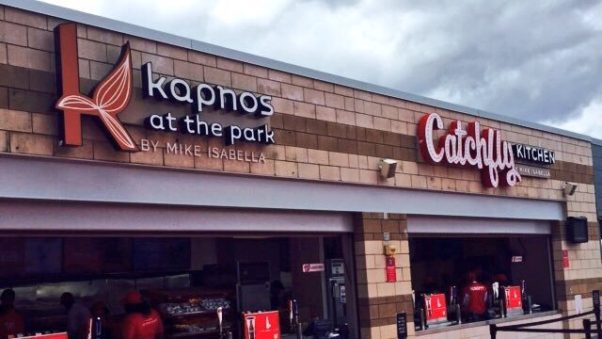 Kapnos at the Park, Catchfly and G Sandwich Shop (not pictured) will not reopen at Nationals Park this season. (Photo: Kapnos/Twitter)

In the lawsuit, Caras claims that Isabella and his partners commented on the size of her buttocks, touched her without permission, referred to her as “dumb bitch” and “whore,” and fostered a “bro culture” at the restaurants.

“Due to the allegation that came to light this week, we have decided to end our partnership with Mike Isabella,” the Nationals said in a statement. The Nationals will host thier annual media tour on Monday to show off changes from last season, including new food offerings, and DC on Heels will be there.

G opened at Nationals Park behind Section 136 in 2014. The Greek-themed Kapnos at the Park and Southern eatery Catchfly debuted behind section 301 in 2016.

“We are disappointed that our partnership with the Nationals is currently suspended because of these false allegations, but I hope once the full story has been told, and my name cleared, that we will get the privilege to serve Nationals fans in our great community,” Isabella said in a statement sent to Eater. “MIC is more than a restaurant group; we are a family, and we will get through this difficult time together and be stronger because of it.”

Finally, Isabella is out as the culinary chair of the Best Buddies Prom.

“Best Buddies prides itself on a culture of respect, inclusion and empowerment,” the group said in a statement. “In light of recent reports, Chef Mike Isabella will no longer serve as the culinary chair of the Best Buddies Capital Region prom on April 27.”

Other businesses with ties to Isabella are still deciding how to respond to the allegations including RAMW, the Hotel at the University of Maryland, the Marriott Marquis, The Wharf and Tysons Galleria. Reagan National Airport, which has a Kapnos Taverna outpost, licenses the restaurant that isn’t owned by Isabella.

“We take these allegations very seriously and are monitoring the story and developments closely,” a spokeswoman for Metropolitan Washington Airports Authority said in an email. “The Kapnos Taverna restaurant at DCA is not owned by Mr. Isabella, but is operated under a separate licensing agreement.”