Protect Your Child from Injury Due to Falls

Some falls are just part of childhood. Learning to walk and nursing scraped knees are milestones that few kids escape. But more serious tumbles – from beds, stairs, playground equipment and windows – are often the most easily prevented. 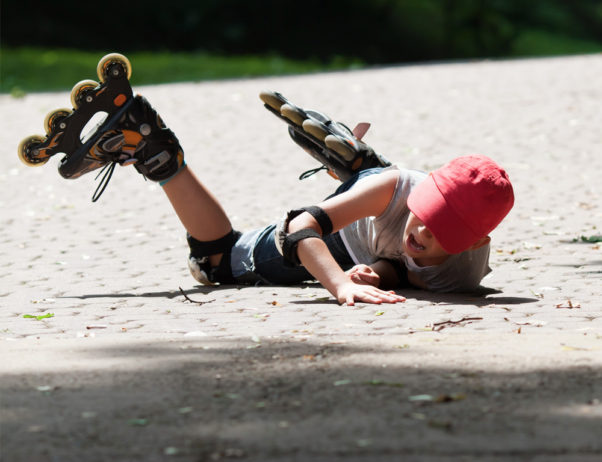 Not all childhood falls can be prevented, but many can be. (Photo: Thinkstock)

“Two weekends in a row now we have seen children who have fallen from windows,” said Dr. Mary Catherine Santos, a pediatric surgeon and trauma physician at Penn State Children’s Hospital. “It’s time to remind people.”

Unlike other types of falls, which are more common during certain stages of childhood, falls from windows send toddlers through teenagers to the emergency department. A 10-year study found that more than 5,000 children are treated each year nationwide as a result of falls from windows. While some kids act like nothing happened to them afterward, others can end up with concussions, fractures and bleeding. Falls from higher windows or onto harder surfaces can even result in death.

“Some falls are more dangerous than others – and we may not be able to prevent all of them,” Santos said. “But some, we can. There are ways to make things a little safer.”

Emmy Sasala, a health educator with the Pediatric Trauma and Injury Prevention Program at the hospital, offered the following tips for preventing the most common types of falls:

Hardware-mounted baby gates should be used on stairs rather than pressure-mounted versions. (Photo: Prep Talk)

“It is hard as a parent to give your child your full attention while accomplishing necessary tasks around the house,” Sasala said. “If your attention must be away from your child, make sure they are in a safe place.”