The restaurant, designed by Edit Lab at Streetsense, is expected to open in July. Casolare’s coastal Italian cuisine will include food from southern Italy including the regions of Amalfi, Sardinia, Puglia, Cinque Terre and Livorno. The menu will offer antipasti and a wide selection of seafood. There will also be wood stone-fired pizzas using the same crust as Alta Strada.

Many of the dishes are adaptations of what Schlow learned from home cooks throughout his travels to Italy and will feature traditional favorites such as eggplant parmigiana, as well as a Sardinian rigatoni tossed with white beans, diced soppressata, black olives, tomatoes and chilies and a traditional ravioli from Puglia stuffed with potato, mint and pecorino.

In addition to the restaurant menu, Casolare, which roughly translates as “cottage,” “sall home” or “home-style,” will also oversee in-room dining and event menus for the hotel, which is undergoing a multi-million dollar renovation. Kimpton also manages The Carlyle Hotel, where The Riggsby is located.

The restaurant will initially open for dinner only, with plans to add breakfast, lunch and Sunday brunch. Final food and beverage menus, along with operating hours will be announced closer to opening.

HipCityVeg coming to Chinatown on June 8

HipCityVeg, the Philadelphia-based vegan restaurant, will open a 1,250 square-foot outlet on June 8 at 712 Seventh St. NW adjacent to the Verizon Center. 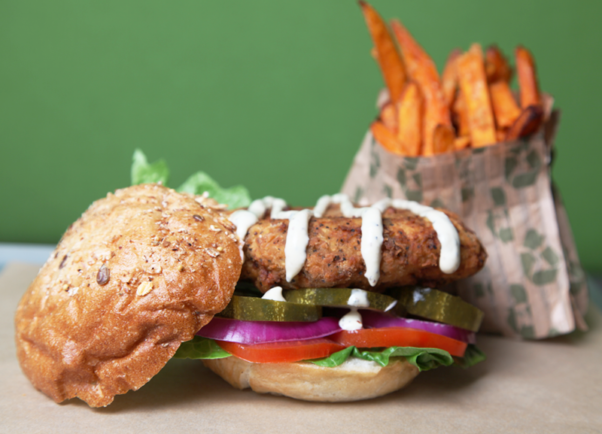 “Our purpose at HipCityVeg is about health and compassion for living things and the earth, but the food is about tasting good. It’s as simple as that,” said founder Nicole Marquis in a press release.

While a graduate student at the California Institute of the Arts, Marquis’ father experienced life-threatening health issues. Marquis researched ways to help her family, ultimately suggesting her father adopt a plant-based diet. Within two months of adopting a vegan diet, her father lost 35 pounds, was taken off blood pressure medication and completely reversed his Type 2 diabetes.

“I realized then that the power a plant-based lifestyle offers is paramount to health, environment and overall well-being,” Marquis said. “I felt a mission to popularize plant-based food. Our culture, accessibility and traditions, make it incredibly difficult to adopt this lifestyle, and it is important to me to change that.”

HipCityVeg opened doors in Philadelphia’s Rittenhouse Square neighborhood in 2012. It also has a location in Philly’s University City neighborhood. The restaurant uses compostable packaging, composts its kitchen scraps, features an interior made of recycled and energy-efficient materials, and delivers food by bicycle. 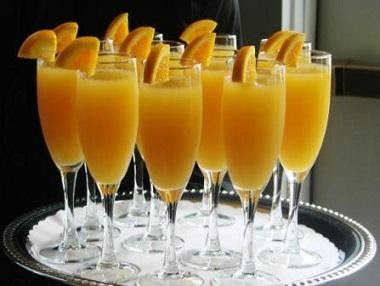 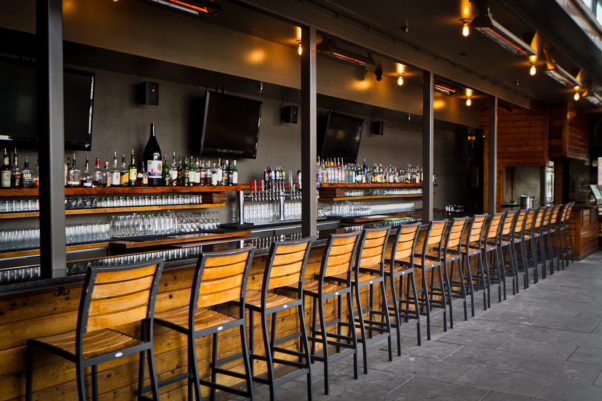 Kicking off on Sunday, May 29, the terrace will open at 2 p.m. with $5 pints and punch specials, plus the grill will be fired up serving half-priced bites ranging from smoked whiskey wings glazed with honey, habanero and Old Crow bourbon to fresh guacamole and house-made corn tortilla chips until 7:30 p.m. The dining room will be open regular hours starting at 5 p.m.

Then on Memorial Day, the barbecue continues on the terrace beginning at 5 p.m. with the same pints, punch and food specials. The dining room will be closed on Monday.

Vinoteca, 1940 11th St. NW, will be closed Memorial Day, but those taking advantage of the three-day-weekend can stop by Sunday, May 29, for a special Tintos u Guitarras flamenco show from 7-10 p.m. 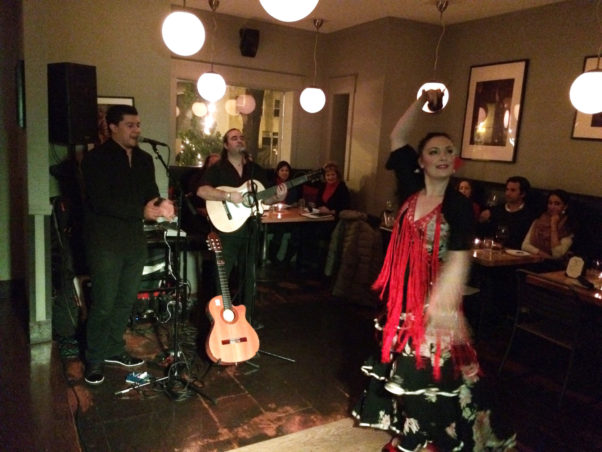 Usually only hosted bi-weekly, it is a special show for Memorial Day weekend, and will feature Spanish wine, sangria and vermouth specials, plus Spanish snacks complemented by live flamenco music and dancing.

The Royal, 501 Florida Ave. NW in LeDroit Park, will be open all day on Monday, May 30, celebrating Memorial Day with an all-day happy hour starting at 11 a.m. and running until 1 a.m.

The Royal will host an all-day Memorial Day happy hour. (Photo: The Royal)

Happy hour specials include $5 house-made vermouth and draft beers; $2 Miller High Life ponies; $7 classic cocktails including a daiquiri with El Dorado white rum, lime juice and sugar; a paloma with Cimarron tequila, lime, grapefruit and soda; a caipirinha with cachaca, fresh limes and sugar; and a rye old fashioned with Pikesville rye, bitters, sugar and water; and $7 wines by the glass.

Centrolina, 974 Palmer Alley NW in CityCenterDC, will celebrate its first anniversary on Wednesday, June 1, with birthday -themed treats from new executive pastry chef Amanda Cook-Pilkerton throughout the day in the market. 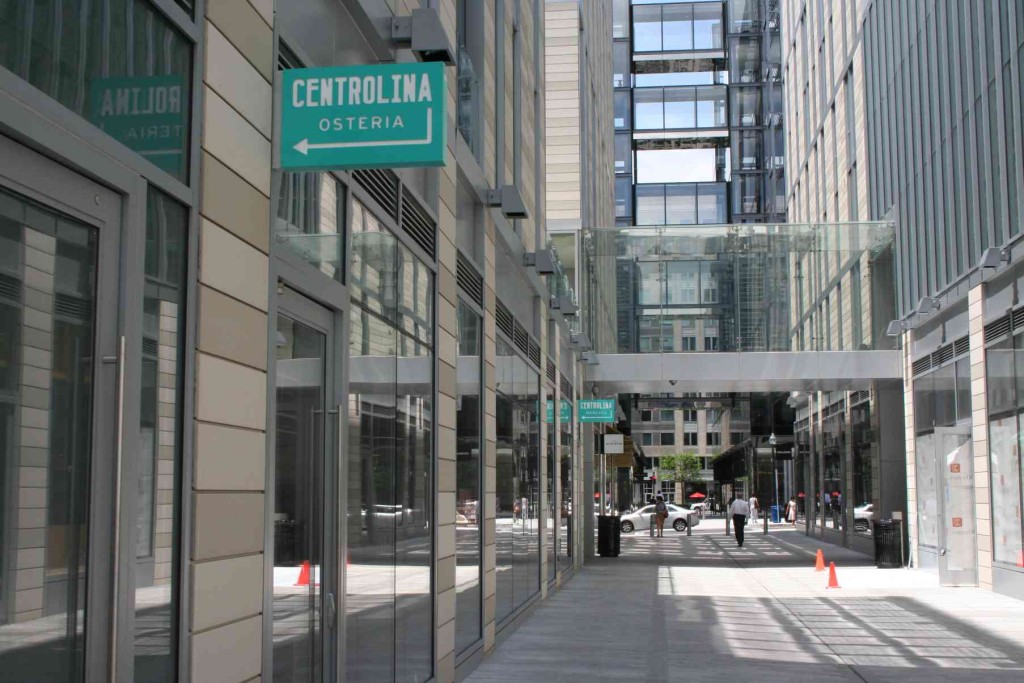 Centrolina will celebrate its first anniversary on Wednesday. (Photo: Mark Heckathorn/DC on Heels)

On Friday, June 3, the restaurant will begin serving late-night pizzas from the kitchen’s wood-burning after hours throughout the summer. On Friday and Saturday nights from 10 p.m.-midnight, thin-crust Neapolitan-style pizzas will be available. Toppings will change weekly based on what is available in the market. Expect to see selections like classic margherita and house-made fennel sausage pizzas. 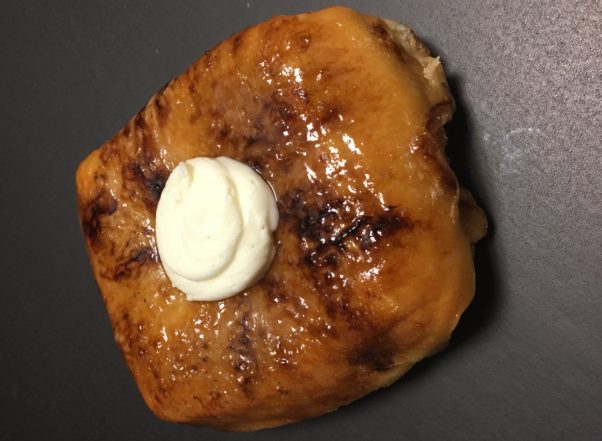 The doughnut is a caramel glaze and brown sugar brûléed doughnut filled with apple pie filling and topped with vanilla butter cream. The doughnut is $3 and will be available at both locations, as well as on the Astro Doughnuts & Fried Chicken food truck. All proceeds from the sale of the special edition doughnut will benefit the Fisher House Foundation, a network of homes build on major military and Veterans Affairs medical centers nationwide and in Europe, that families can stay at while relatives are hospitalized for a combat inury, illness or disease. A donation jar for Fisher House will also be in the stores.

Traditionally, National Doughnut Day honors the women who served doughnuts to soldiers during World War I, and celebrations on this day often have ties to the military. 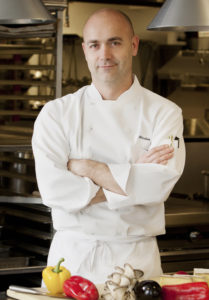 Nicolas Legret is the new executive chef at the Hay-Adams Hotel. (Photo: Hay-Adams)

Nicolas Legret has been appointed the new executive chef for the Hay-Adams hotel, 800 16th St. NW.

Legret has been the hotel’s chef de cuisine since 2009. He replaces Peter Schaffrath, who is retiring.

“Nicolas has been an instrumental team member helping Peter Schaffrath and the entire team with the daily operations” said general manager Hans Bruland. “We know Nicolas is ready to take the helm of our culinary operations and look forward to his leadership.”

Legret will oversee current culinary team members, senior executive sous chef Jaime Montes de Oca, who is responsible for the menus of The Lafayette, Off the Record and in-room dining, and pastry chef Josh Short, who creates desserts for all the hotel’s venues. Legret was formerly the chef de cuisine at the Willard Room at the Willard InterContinental Hotel from 2006-2009. His hotel culinary experience also includes working as executive sous chef at the Sofitel Hotel at Lafayette Square for two years, assuming the executive chef responsibilities. He has also worked at Bistro 123 in McLean and Le Mas Perrier/Le Bec-Fin in Philadelphia, where he served as executive sous chef for three years.

Legret earned his C.A.P Classic French Cuisine in Blois, France at the Blois Restaurant School in 1988, and upon graduation, he worked in France at several hotels, including the two-star Michelin restaurants at the Hôtel Le Bristol, Hôtel Le Crillon and Le Grand Vefour, all in Paris.