Founding Farmers, the D.C.-based restaurant group that is partly owned by the North Dakota Farmers Union, will open its first location outside the DMV in King of Prussia, Pa., in 2017. 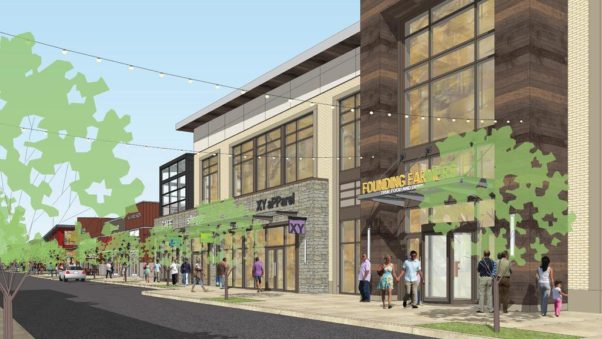 The restaurant’s in-house bakery will be on the ground floor with the main dining room and bar on the upper level. It will be joined by a Wegmans, Fogo de Chao, Old Town Pour House and Paladar Latin Kitchen & Rum Bar along with fast-casual spots including Naf Naf Grill and Honeygrow, which is looking to open in the DMV.

Dan Simons, founder of Farmers Restaurant Group, said Philadelphia made sense because of its close proximity to the DMV. “Going to King of Prussia doesn’t feel far. We already buy loads of product and produce year-round from Pennsylvania producers, and we can get to King of Prussia with an easy drive or train ride, so our current team will expand while still being very connected.”

The chain is also working to open a new restaurant in Reston in early winter 2017 as well as a new concept, Farmers & Distillers, which includes an in-house distillery, later this year at 600 Massachusetts Ave. NW. 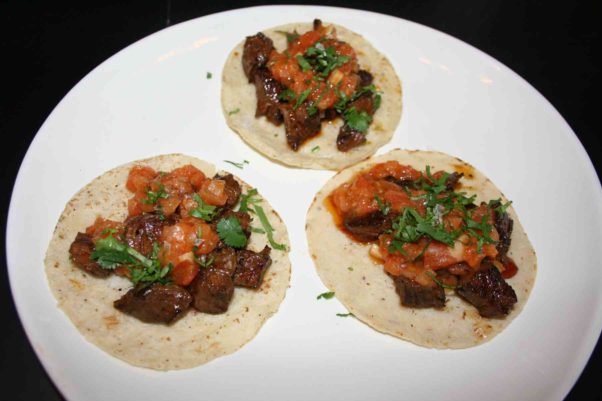 The lunch menu features a collection of sopes, ensaladas, tacos and ceviches that can be found on the dinner menu, along with a selection of tortas, served on a brioche roll from Lyon Bakery. Tortas include the milanesa with crispy chicken, shredded cabbage, chipotle mayo and cilantro; hamburguesa with short rib, green chorizo, rajas, queso Oaxaca, lime mayo and salsa roja; and tilapia with lime mayo, onions and green cabbage. Lunch items are priced from $3-$23 each.

Also available during lunch are two Precio Fijo, or fixed price specials. The Numero 4 features a hamburguesa torta and yuca fritais priced at $17 and the Random Taco Combo has two tilapia tacos and a green kale salad with candied walnuts, queso fresco, chile pasilla and agave vinaigrette for $18.

A selection of brunch cocktails will also be available including Misa del Gallo with tequila, grapefruit, honey and sparkling rosé; Guadalupe with house-made bloody Mary mix and mezcal; and Que Onda with mezcal, aged rum, cold brew coffee and lemon. Non-alcoholic cocktails include the Jamaica agua fresca with hibiscus, lime and raw agave. Non-alcoholic drinks are $3 each, and cocktails are $12-$13 each. 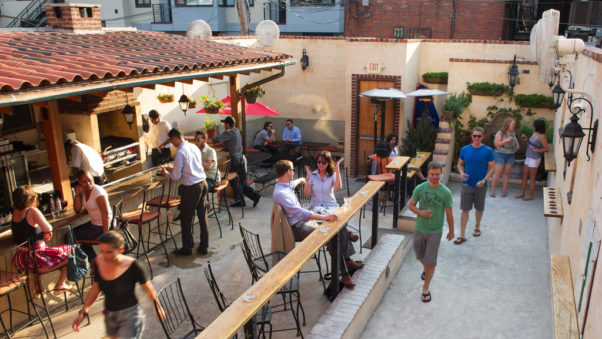 Vinoteca has reopened its backyard plaza (pictured) and frontyard patio for the season. (Photo: Vinoteca)

The bocce court is open from 5 p.m.-close Wednesday through Friday and 11 a.m.-close Saturday and Sunday. It is closed Monday and Tuesday for D.C. Bocce League play. The plaza happy hour from 5-7 p.m. daily features $5 wines and Peronis and discounted small plates. Brunch is also served on the plaza and sidewalk patio from 11 a.m.-3 p.m. Saturday and Sunday.

A wood grill will offer a variety of pit grilled tacos ranging from coriander and tomatillo chicken for $12, ancho chile and epazota steak for $13 and Creole and garlic shrimp for $14, all paired with house-made guacamole, pico de gallo and curtido. Other dishes include tastes of the Bay including a soft shell crab sandwich with dijonaise and Old Bay slaw.

Also new is a line-up of boilermakers, featuring unlikely beer-and-shot combos including the Stiegl Radler and Cimmaron blanco tequila, Coney Island hard root beer and green chartreuse, and the IPA of the day and a cask-strength Islay scotch.

Happy hour on the terrace is from 5-7:30 p.m. Monday through Friday with half-priced bites and $2 off drafts and wine by the glass. 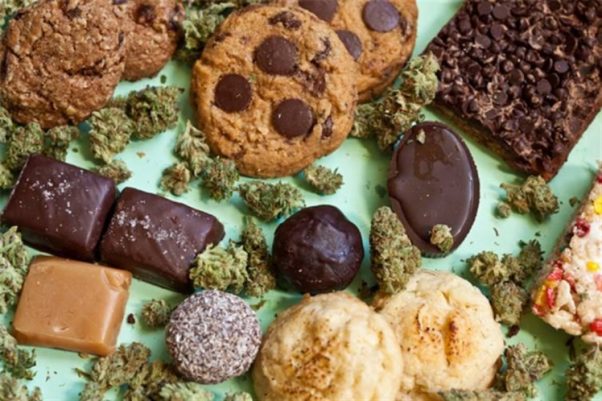 Victoria Harris, co-founds of the Cap Mac food truck, Anna Leis, co-founder of the D.C. Empanadas food truck, and Warren Brown, who formerly owned CakeLove, which closed last year, are currently developing the products that they hope to sell in medical marijuana dispensaries by summer. Although they haven’t said what products they expect to have, they’ve said sweet items will be first followed by savory. All of the items will include locally sourced marijuana.

In the meantime, they are testing recipes – er eating their pot-laced products – and sharing them with friends. 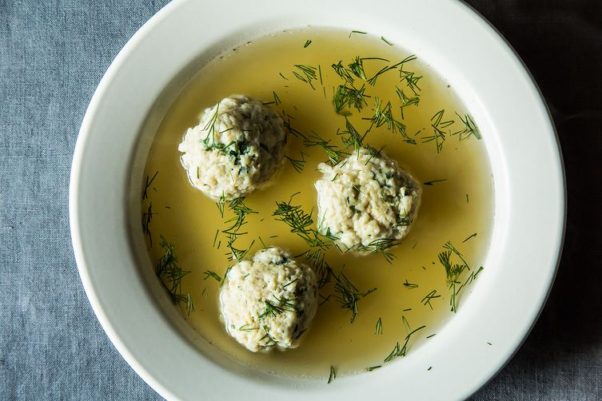 Offered during dinner, the specials include kicked-up matzo ball soup with avocado and chilies for $10, and the glazed corned beef brisket with heirloom carrots and potatoes, mustard maple glaze and a matzo meal popover for $19. Both are served with a basket of matzo bread. For dessert, diners can order the untraditional kugel, chocolate noodle pudding with warm whiskey sauce for $8.

Commissary, 1443 P St. NW, will host a happy hour at its bar and lounge benefiting The Grassroot Project from 3-7 p.m. today, April 23. The local non-profit organization focuses on using the mentorship of Division 1 student-athletes to teach at-risk school-aged children about HIV/AIDS awareness and protection. 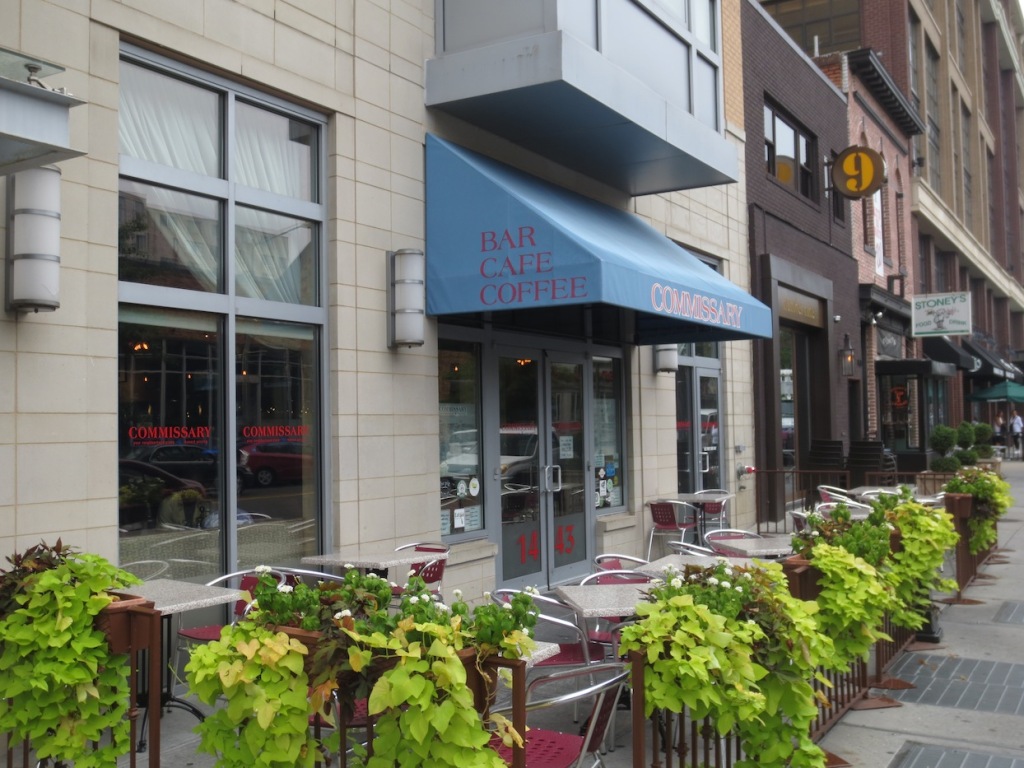 All food and drink will be $3-$7 and 15 percent of sales will be donated to The Grassroot Project. In addition, 100 percent of proceeds from the Skyy’s No Limit cocktail made with Skyy vodka, grapefruit shrub, lime and ginger beer will be donated.

Bayou Bakery, Coffee Bar & Eatery will host a series of all-you-can-eat and drink crawfish boils at both the Capitol Hill and Arlington locations on Saturdays from 5-7 p.m. Cost is $30. 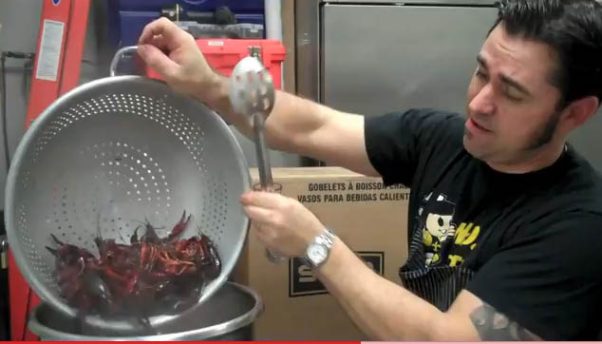 The boils kick off today, April 23, at the 901 Pennsylvania Ave. SE restaurant and will continue on May 21 and June 18. The 1515 N. Courthouse Road, Arlington, location will host boils on May 7 and June 4.

The communal meal will take place on the patio with rows of tables and trays loaded up a pound at a time with spicy Louisiana crawfish served with peppery new potatoes and corn on the cob. Peel-n-eat Creole-seasoned shrimp will also be for sale.

The happy hour will include whisky cocktails, tastings from Catoctin’s portfolio, local oysters and whisky and food pairings. Catoctin Creek owners Becky and Scott Harris will be on hand to discuss their spirits. Cocktails will include two signature cocktails showcasing Roundstone Rye, which was bottled from a cask made exclusively for the Black Restaurant Group; and a white whisky punch made with Mosby’s Spirit White Whisky.

Tickets are $75 and can be purchased online. Proceeds benefit the Black’s Family Foundation. 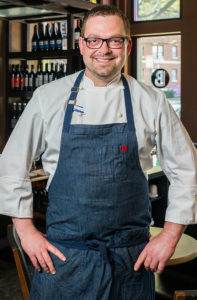 Bunkers began his restaurant career at 16 working as a food runner and later line cook at a restaurant and casino in Council Bluffs, Iowa. He garnered more experience working at two local French restaurants while earning his associates degree in culinary arts and restaurant management from Iowa Western Community College in 2000.

Following graduation, Bunkers worked as executive chef at the French Café in Omaha, Neb. In 2006, he moved to Las Vegas where he worked as chef de partie of L’Atelier De Joël Robuchon, a French restaurant in the MGM Grand. After two years, he accepted a position as master cook at the Asian-Italian Sensi in the Bellagio Resort & Casino working for Royden Ellamar. In 2009, he became sous chef at the Vdara Hotel & Spa, where he responsible for banquets, in-room dining and the Market Café.

In 2013, he moved to Washington, D.C. to work at Le Diplomate, where he most recently served as executive sous chef for Stephen Starr.

Executive chef Haidar Karoum is leaving Proof, Estadio and Doi Moi to work on his own unnamed projects. Karoum has led the restaurants for nine years. His last day has not been announced yet.