Blue crab lovers tie on those bibs. Finding and affording local crabs should be easier this summer, according to a survey by the Maryland Department of Natural Resources (DNR). 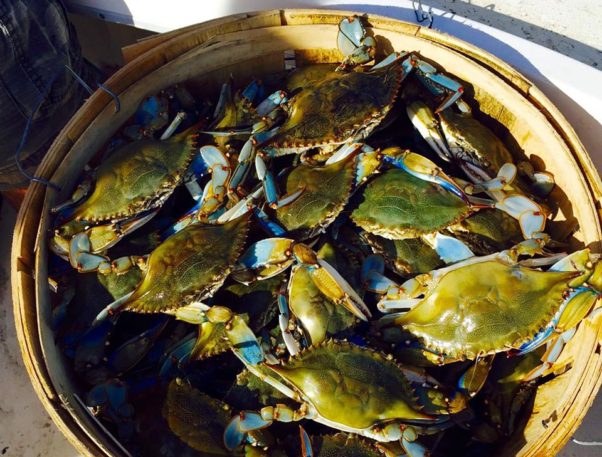 The annual winter dredge survey, conducted by DNR and the Virginia Institute of Marine Science since 1990, is the primary assessment of the Chesapeake Bay’s blue crab population. In the survey, biologists use dredge equipment to capture, measure, record and release blue crabs at 1,500 sites throughout the bay from December through March. Crabs tend to bury in the mud over the cold winter months, which makes it possible for scientists to develop accurate estimates of the number of crabs.

“Due to a milder winter, favorable currents and tides, and wise bay-wide management measures, the Maryland crab population continues to rebound and strengthen,” said Dave Blazer, DNR’s director of fisheries. “With an increase in abundance and steady recruitment, we fully anticipate a robust crab season this year.”

A larger supply of Maryland crabs could mean lower prices for consumers.

Crabs are typically at their most expensive this time of year because so many are still hibernating in mud. Last April, Maryland Crabs Delivered of Catonsville, Md., sold its first harvests for as much as $275 per bushel for its heaviest male crabs. This month, they are offering them for $195.

Harvests are usually light until May, but crabbers from Maryland Crabs Delivered caught 40 bushels in two days in the Chincoteague Bay. They are hoping for strong harvests in Kent Narrows and the Chester River by next month. Other crabbers in the lower Chesapeake Bay have seen April harvests at a level they only get about once a decade. 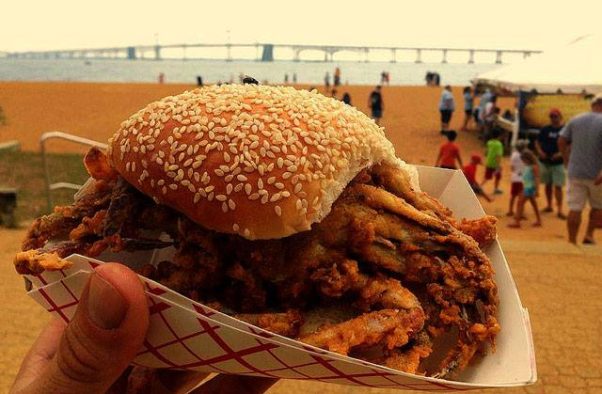 Surveyors saw improvements in all age groups of male and female crabs. The spawning female stock nearly doubled from 101 to 194 million and the adult male stock more than doubled from 44 to 91 million – the second highest levels since 1995.

The number of spawning-age female crabs is still below the 215 million target, but above the minimum threshold set in 2011. The number of juvenile crabs increased slightly from 269 million to 271 million, which is just above the 27-year average.

“We are in a much better place than we were,” said Tom Miller, director of the University of Maryland’s Center for Environmental Science’s Chesapeake Biological Laboratory in Solomons. But he said the crab population isn’t yet “up to consistent levels of abundance that will support a sustainable fishery into the long term.” 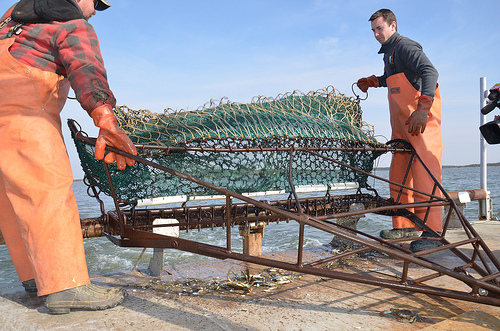 Surveyors counted the number of crabs in the Chesapeake Bay and it’s tributaries over the winter. (Photo: Maryland Department of Natural Resources)

Still, members of the seafood industry are optimistic about the season ahead. Several said they have been encouraged based on early hauls since the season opened.

The 2015 bay-wide crab harvest was up 42 percent from 2014 to 50 million pounds and remained at sustainable levels for the eighth consecutive year. That combined with increased abundance means that a slight liberalization of harvest limits for female crabs may be coming this summer.

Blazer said experts and fishers will discuss the survey’s results to determine if any changes, such as extending the season or increasing daily bushel limits, should be made.