Springfield, the first of the planned expansions, will open its doors at 6691-A Backlick Rd. in the Backlick Shopping Center in early 2016. The Vienna location will follow next summer, opening in the Vienna Shopping Center at 180 Maple Avenue W. in the former Magruder’s Supermarket building.

“When I opened Taco Bamba I never expected it to be as successful as it has been,” Albisu said in a press release. “But the Falls Church community really responded to it, and now we’re regularly doing four times the volume I originally planned. I think people want quick options for carryout, but they also appreciate our chef-driven menu. At lunch we regularly have a line of guests from the surrounding offices who don’t mind waiting 15 to 20 minutes for fresh tacos. I think this concept can work almost anywhere, and I have my eye on spots in Arlington, Alexandria and D.C. as well.”

While each location will have its own menu, they will all be anchored by favorites from the original. Tacos, sopes and tortas will remain the primary menu items, while daily specials will rotate tamales, soups and classic Mexican dishes through the offerings. Each location will also offer platos fuertes, larger entrée-sized Mexican meals. The new stores will also feature a menu of quesadillas stuffed with unusual fillings like squash blossoms, chilies and other traditional and non-traditional ingredients.

Distinguishing the new Taco Bambas from the original will be adult beverages. At Springfield, guests will be able to enjoy frozen margaritas and margaritas on tap, draft and canned beer and Mexican beer cocktails like micheladas. The early plans for the Vienna location will be more ambitious with a full bar program of beer, wine and cocktails, and a focus on tequila.

The Springfield and Vienna locations will retain the signature red, black and grey design of the original, though in larger spaces with more indoor seating. Both Springfield and Vienna will have about 50 seats in 2,000-square-foot spaces. Both will keep Taco Bamba’s counter service ordering style, though the Vienna location will allow guests sitting at the bar to order from the bartender. 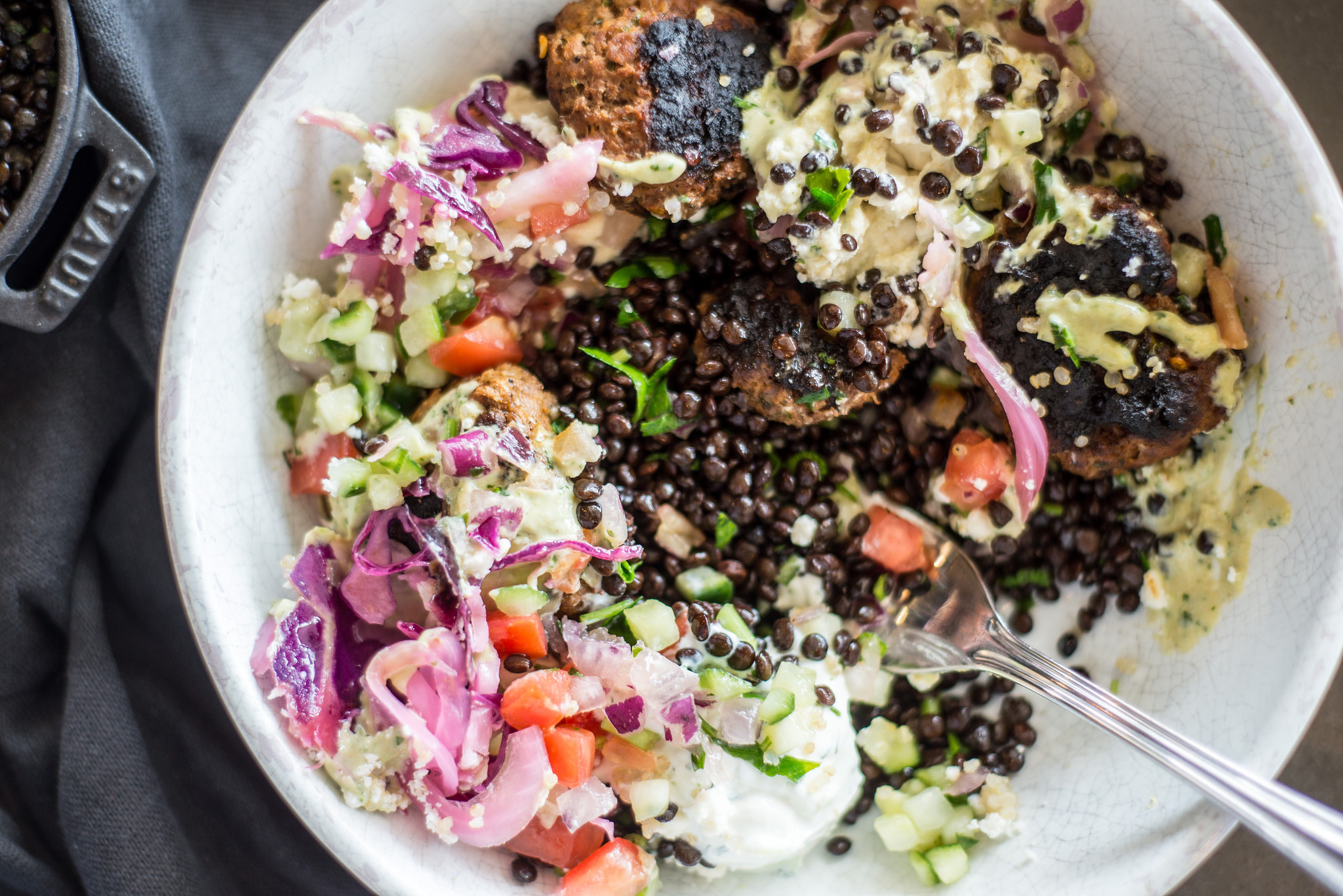 Vegetarian, vegan and gluten-free, Cava Grill’s new black lentils with olive oil and parsley are high in protein and fiber, and, when combined with the restaurants’ own supergreens – a mix of Brussels sprouts, cabbage, broccoli, and chicory — make for a hearty and nutritious bowl.

Cava Grill is turning up its stone-fired ovens and roasting a seasonal vegetable blend of Brussels sprouts, cauliflower, carrots, and butternut squash for the restaurant’s newest protein offering. Roasted with olive oil, salt and pepper, the blend of veggies will be available as a protein option in grain bowls, salads and pitas, as well as an add-on for $2.75.

Lastly, the summer gazpacho is making way for its fall replacement: Greek minestrone soup with carrots, celery, onion and chickpeas.

Pete’s New Haven Style Apizza is celebrating National Pizza Month during October with 31 days of pizza. Each day throughout the month, Pete’s will offer $2 slice specials on a different pizza-of-the-day. 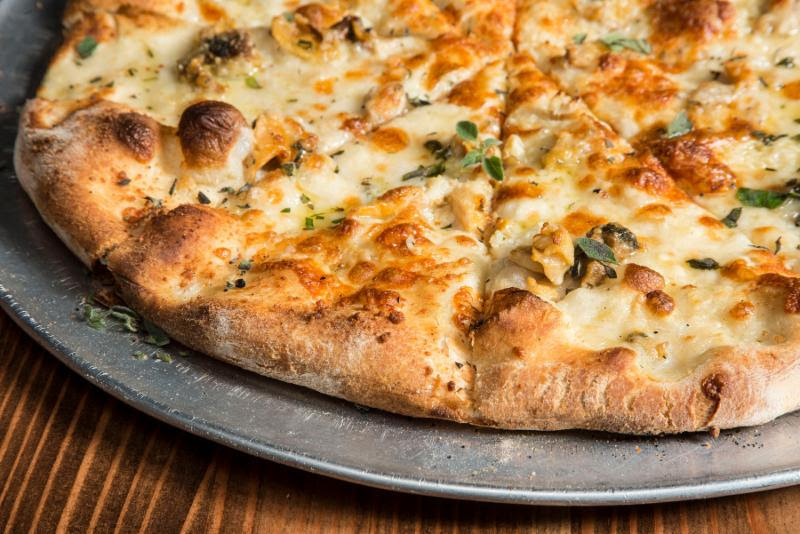 Pete’s New Haven Style Apizza is characteristically lighter and Neapolitan-style, with a thin and distinctly charred crust, crispy on the outside and chewy on the inside.

Guests are limited to one $2 slice per person, per day. The specials will be available at all four locations: Clarendon, Silver Spring, Columbia Heights and Friendship Heights. 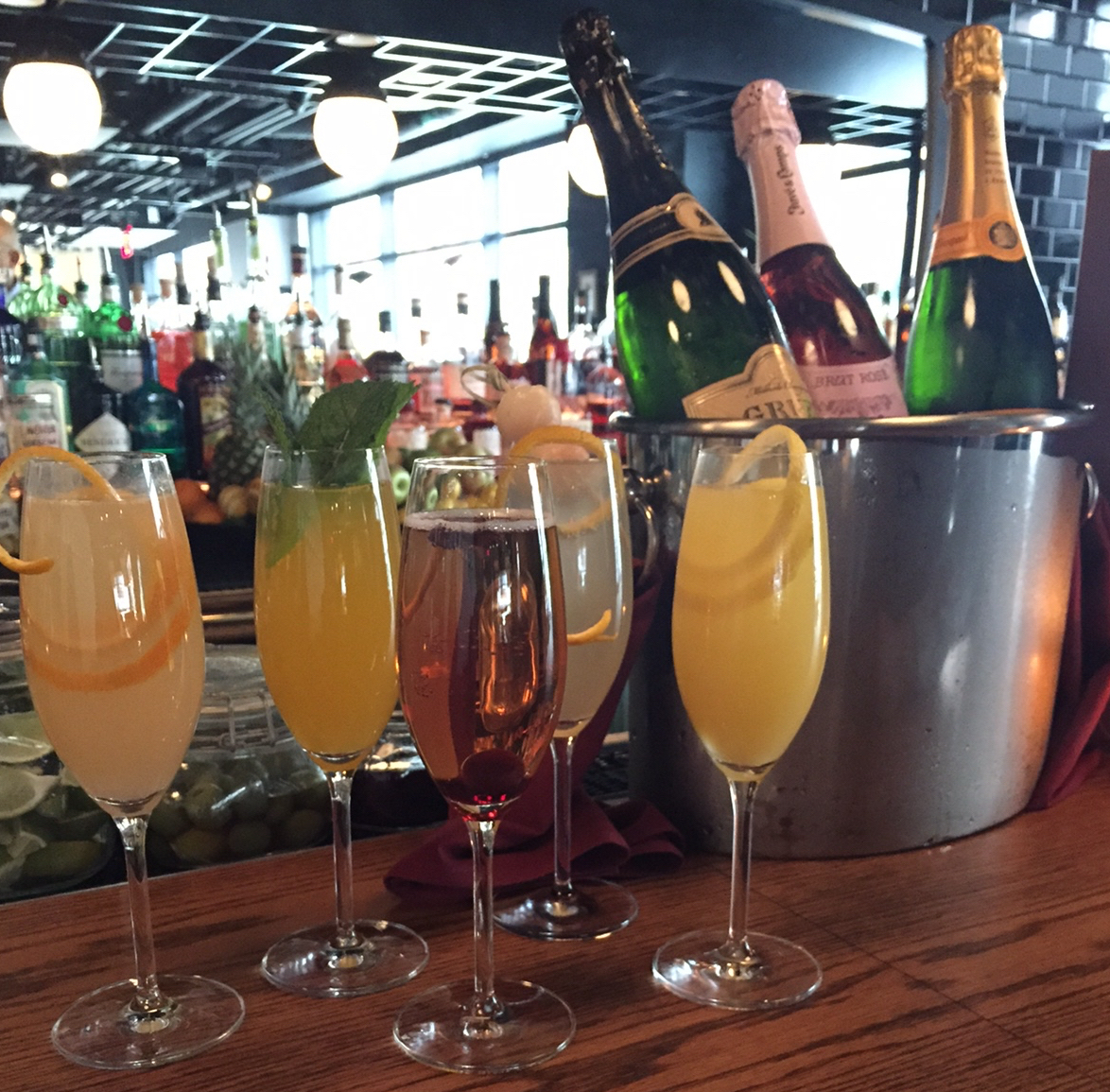 Each week, the classic with orange juice and a mango mimosa will be offered. In addition, there will be two or three rotating flavors each week. This week’s selection ncludes a pineapple lemongrass, grapefruit and cranberry cardamom mimosas.

The unlimited mimosas are available in the downstairs bar and lounge, upstairs bar, dining room and n the outdoor patio.

Macon Bistro & Larder, the French and Southern-inspired bistro at 5520 Connecticut Ave. NW in Chevy Chase, will host a chef and homebrew competition on Sunday, Oct. 4 from 4-10 p.m. with the judging taking place from 4-8 p.m.

Chefs have been randomly paired with brewers. Their goal is to create the perfect dish to pair with their team member’s crafted brew. Three prizes will be awarded: $100 for best brew, $100 for best plate and $250 for best pairing to be donated to the winners’ favorite charities. Guests who purchase tickets are the judges for event.

During the event, 3 Stars draft beers on tap will be $5. Tickets are $45 per person online or at the 3 Stars Brewery.

Bourbon Steak, 2800 Pennsylvania Ave. NW at the Four Seasons Hotel, will team up with D.C.-area distributor Country Vintner to host an Octoberfest wine dinner on Monday, Oct. 5. The dinner will feature an array of German varietals.

October 6 is National Noodle Day, and Yona, the upcoming Japanese noodle bar from Jonah Kim and Mike Isabella, will host a two-day pop-up at G, 2201 14th St. NW, on Oct. 5 and 6. 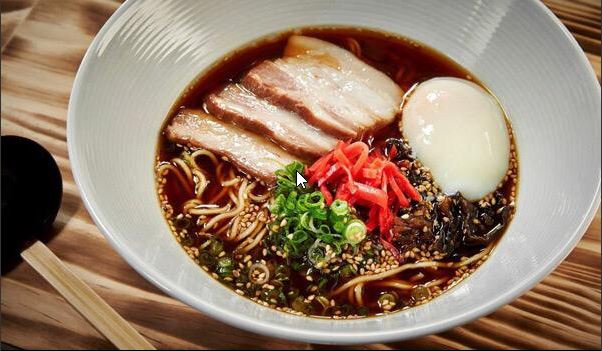 Available during dinner only, the pop-up will showcase some of the favorite dishes from Yona’s April and May pop-up along with a few brand new dishes. The menu includes pork miso, veggie noodles, ja-jang ramen and chilled soba along with raw unit, fluke, geoduck and smoked Hamachi along with dry fried wings. Prices range from $9-$16.

Carnitas return to most Chipotle restaurants 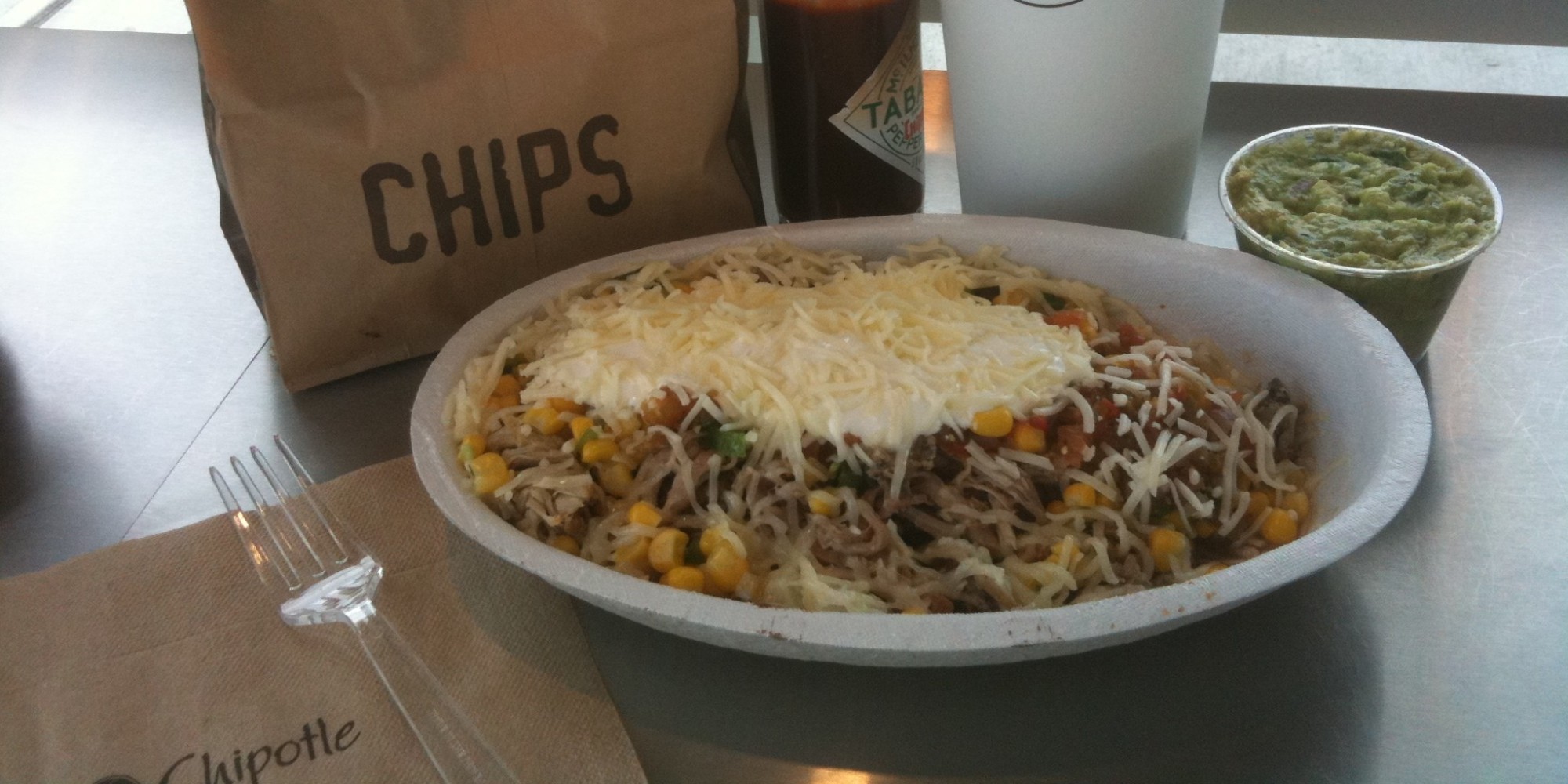 Pork carnitas are back at 90 percent of Chipotle restaurants. (Photo: Chipotle/Facebook)

Chipotle stopped serving Carnitas at more than a third of its restaurants earlier this year after it suspended one of its primary pork suppliers when routine auditing found inconsistencies between the supplier’s operations and Chipotle’s pork protocol. Chipotle requires that pigs are raised with access to the outdoors or deeply bedded barns, without the use of antibiotics and with no gestation crates. These practices are in stark contrast with how pigs are conventionally raised, so Chipotle opted to pull carnitas from hundreds of restaurants.

Carnitas is now available at all Chipotle locations in the U.S. with the exception of restaurants in the Cleveland and Atlanta areas, and in North Carolina and South Carolina. Chipotle has been able to replenish its pork supply working with existing suppliers and by adding a new partner, United Kingdom-based Karro Food.

While Chipotle continues to prefer domestic sources for all of its meat, conventionally raised pork in the U.S. does not meet the company’s standards for animal welfare. Pigs raised conventionally are raised indoors, in densely crowded conditions with little or no bedding. Most live on slatted metal floors that allow their waste to collect beneath them in liquefied pools. Mother pigs are often kept for months at a time in metal crates so small that they cannot turn around, and copious quantities of antibiotics are used to keep the animals from getting sick in these conditions. 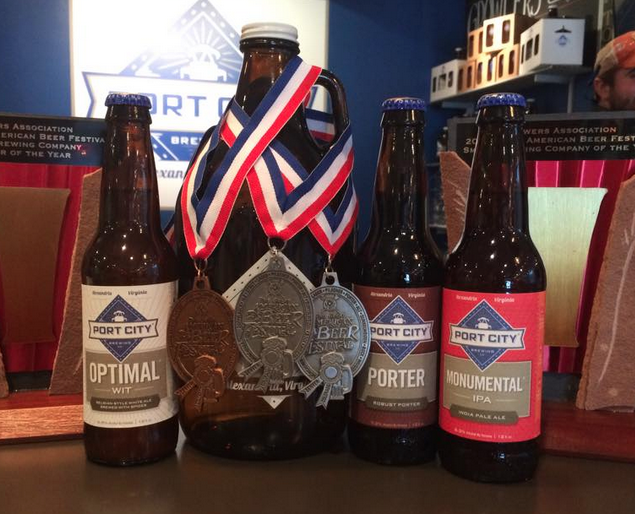 Port City was one of 518 breweries that entered beers in the small brewing company category, which, due to its large size, was the most competitive class at the festival. Medals were awarded in 92 categories, with points allocated for each to tally up the Brewery of the Year.