Children who are picky eaters may have more problems than the lack of a well-balanced diet. A new study from Duke University researchers found that children who are moderately or extremely picky eaters are more likely to have symptoms of depression, anxiety and other psychiatric disorders and may need counseling. 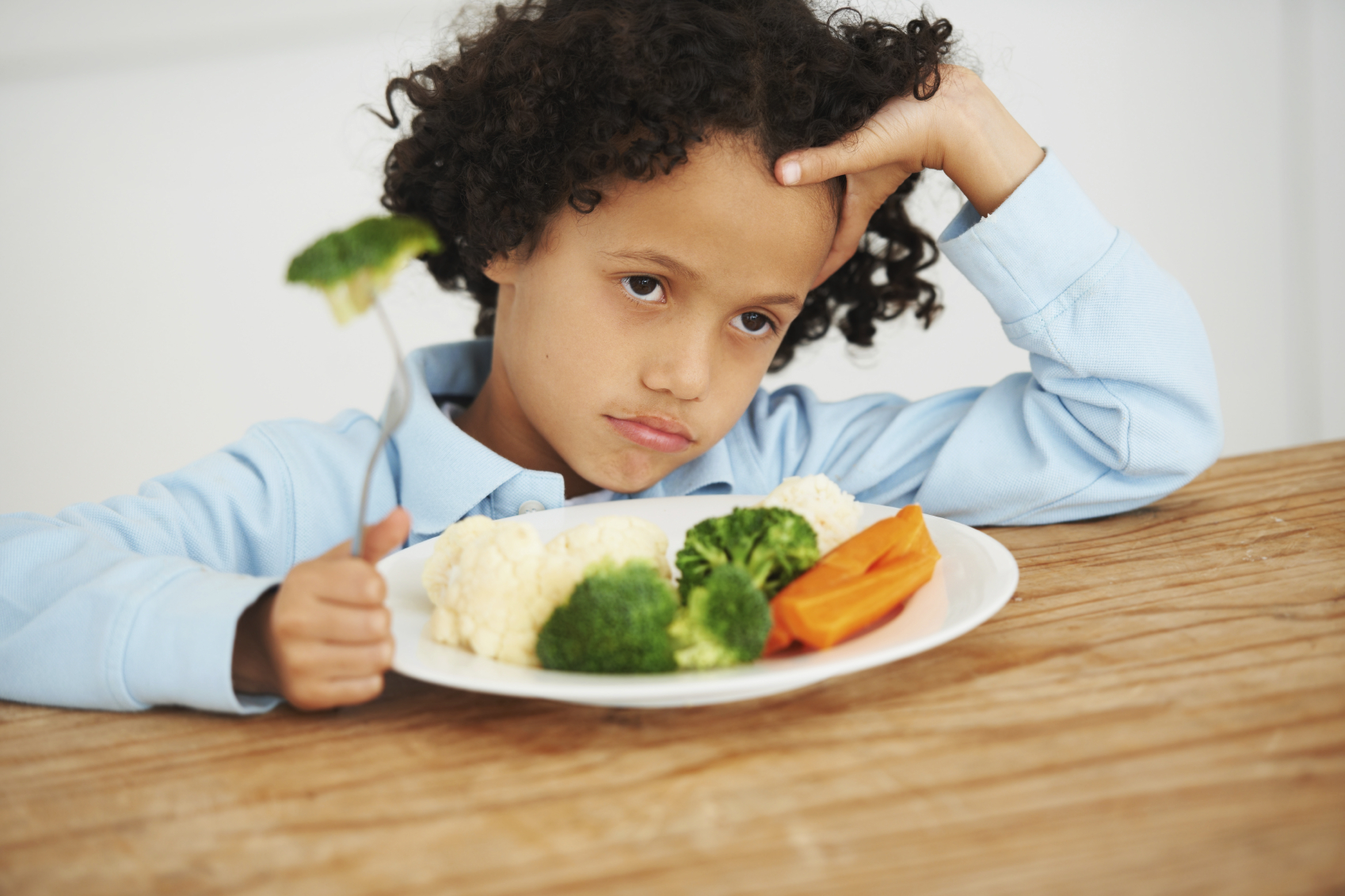 About 1 in 5 children is a picky eater, and a new study says these kids are more likely than their peers to suffer from psychological disorders. (Photo: rushedmommy.com)

According to the study, published in the Aug. 3 issue of the journal Pediatrics, more than 20 percent of children ages 2 to 6 are selective eaters. Of them, nearly 18 percent were classified as moderately picky. The remaining children, about 3 percent, were classified as severely selective — so restrictive in their food intake that it limited their ability to eat with others.

To be classified as picky, the kids have to do more than just shun broccoli or other foods kids normally don’t like. If they limited their eating to a range of preferred foods, they were considered to have a “moderate” case of selective eating. If that range of foods was so narrow that it was hard for them to eat with other people, their selective eating was labeled “severe.”

“The question for many parents and physicians is: when is picky eating truly a problem?” said psychologist Nancy Zucker, director of the Duke Center for Eating Disorders. “The children we’re talking about are not just misbehaving kids who refuse to eat their broccoli.”

Picky eaters were quite common. The team found 18 percent of the children were moderate selective eaters and an additional 3 percent had a severe case of the condition. Those figures were in line with previous studies that found 14-20 percent of preschoolers were selective about the foods they ate at least some of the time.

Children who are overly picky may have mental issues or ADHD. (Photo: Mark Umbrella/ShutterStock)

“These are children whose eating has become so limited or selective that it’s starting to cause problems,” Zucker said. “Impairment can take many different forms. It can affect the child’s health, growth, social functioning and the parent-child relationship. The child can feel like no one believes them, and parents can feel blamed for the problem.”

The study found that both moderate and severe selective eating were associated with significantly elevated symptoms of depression, social anxiety and generalized anxiety. Although children with moderate picky eating did not show an increased likelihood of formal psychiatric diagnoses, children with severe selective eating were more than twice as likely to also have a diagnosis of depression.

Picky eating may be a sign that a young child has psychiatric problems that need to be addressed. In the study, children with severe cases of selective eating were about twice as likely as to be diagnosed with depression compared with kids who ate a normal range of foods. They were also 2.7 times more likely to be diagnosed with social anxiety, according to the study.

The findings also suggest that parents are in conflict with their children regularly over food — which does not necessarily result in the child eating — and families and their doctors need new tools to address the problem, Zucker said. “There’s no question that not all children go on to have chronic selective eating in adulthood,” she said. “But because these children are seeing impairment in their health and well-being now, we need to start developing ways to help these parents and doctors know when and how to intervene.”

Zucker said some children who refuse to eat might have heightened senses, which can make the smell, texture and tastes of certain foods overwhelming, causing aversion and disgust. Some children may have had a bad experience with a certain food and develop anxiety when trying another new food or being forced to try the offensive food again, she said.

Some children may benefit from therapy. But traditional methods may not address children with sensory sensitivities, for whom some smells and flavors are too intense and may never be palatable. New interventions are needed to deal with children who have sensory sensitivity and frequent experiences of palpable disgust, Zucker said. Treatments also need to be better tailored to a patient’s age range.

One benefit to spotting picky eating in young children is that it’s a condition parents can easily recognize, and it could be a good tool for identifying who may be at risk for anxiety and depression. “It’s a good way to get high-risk children into interventions, especially if the parents are asking for help,” Zucker said.