Second State, the Pennsylvania-themed restaurant at 1831 M St. NW, has closed permanently, according to its owner.

An anonymous reader told PoPville on Thursday that the restaurant and bar appeared to be “closed until further notice.” The restaurant, owned by Reese Gardner’s Wooden Nickel Bar Co., only opened in October in the former Mighty Pint space, which Gardner also owned. A message on Second State’s website says, “We regret to inform you we will be closed until further notice due to continued maintenance issues.”

But, the windows are papered over and sources say Second State vacated its space after service on Wednesday after allegedly getting behind on its rent.

Gardner, who is on vacation, told DC on Heels in an email Saturday that Second State “closed because of continued plumbing issues and leaks from the salon above us disrupting business. The landlord, who also happens to own the salon, has neglected to fulfill his obligations to properly maintain the space to where it’s safe and suitable to serve food.”

He said the restaurant closed “after another plumbing backup causing us to close for business. As you can probably guess, this is now in the hands of our attorneys. We won’t be going back into the space, and this doesn’t effect the other venues.” 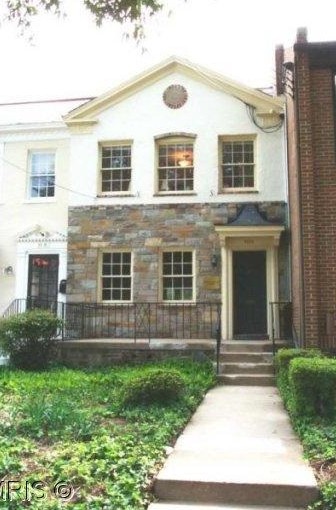 Med Lahlou and Antonio Matarazzo of the Lalou Group will open a second location of their Italian restaurant, Lupo Verde, at 4818 MacArthur Blvd. NW in the Palisades neighborhood this November.

Lahlou, a resident of the Palisades for the last decade, purchased the 3,200-square-foot, restored, brick three-story building The restaurant will open with dinner service and brunch will be added at a later date.

Executive chef Domenico Apollaro will oversee the menu, which will be similar to its sister restaurant on 14th Street NW. Like its sister, the new restaurant will serve rustic, Italian small plates, house-made charcuteries, cheeses, breads and antipasti. The menu will also include wood-fired pizzas, eight house-made pastas and eight entrée selections including whole roasted fish and a premiere selection of meats during dinner. Apollaro will be joined in the kitchen by two new sous chefs from Italy, who will be a part of the opening team.

The new location will also feature a first floor retail shop where customers can purchase house-made items and imported Italian olive oil. Fresh and dried house-made pastas will be available for purchase by the kilo, along with house-made jams, signature pasta sauces and other imported Italian products.

Francesco Amodeo of Don Ciccio & Figli will assist with the beverage program, which will include craft cocktails incorporating house-made vermouth and liquors made by aging fruit in oak barrels. Lupo Verde will also offer a boutique wine list with 100 wines will be available by the bottle; 70 percent of which incorporate Italian grapes.

Lisa Halloran of Sculptures of Space, who designed the 14th Street location, will design the space. In addition to the retail shop, there will be a private chef’s table for up to eight diners on the first floor The second floor seats 45, which includes a larger bar and a high top communal table with additional tables for dining. On the third floor, there will be an an intimate bar and 50 additional seats. 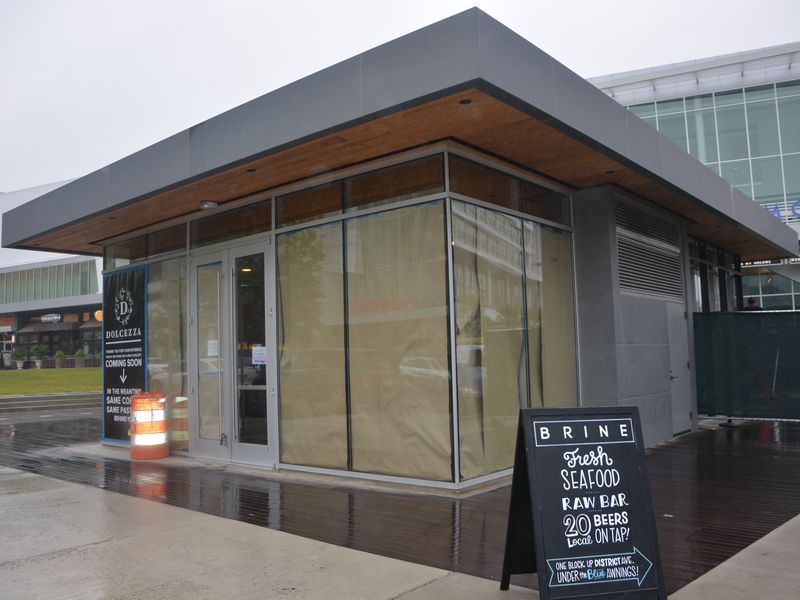 Dolcezza is converting its former coffee shop in the Mosaic District into the Mom and Pop sandwich shop. (Photo: Eater)

Dolcezza will partner D.C. artisans such as Nate Anda of Red Apron Butchery, to offer pre-packaged sandwiches and snacks. A freezer with pints of Dolcezza’s seasonal gelato and push pops will also be available along with several varieties of Stumptown coffee and morning pastries from Paisley Fig by Room 11.

Sandwiches available on Mom & Pop’s opening menu will include grilled cheese with Red Apron’s spicy smoked pimento cheese; sliced ham with salted butter and aged cheddar cheese; smoked chicken salad with cranberries, celery, smoked mayo, sour cream, onions and parsley; and shaved roast beef with Calabrian aioli, arugula and pickled fennel. A variety of seasonal quiches will also be available such as asparagus and Swiss; bacon and cheddar; and kale, feta and spinach. All sandwiches and quiches will come with a choice of chips or mixed greens.

Guests can also select from a variety of antipasti items such as marinated olives; sundried tomatoes; marinated artichokes; smoked almonds; chickpea chorizo, cooked chickpeas tossed with a sherry and chorizo vinaigrette garnished with cilantro, diced Spanish chorizo and pickled red onions. Prices range from $2-$20. The restaurant will also offer two red wines, two white wines, three beers and one Prosecco, all of which will be available on tap for $8-$15.

Ower Robb Duncan designed the 900-square-foot, glass-enclosed storefront, which is situated outside the Angelika Theatre. Using a minimalist approach with materials such as cedar wood, concrete, steel and glass, the attention stays focused on the four surounding glass walls with the outside spilling into the space.

Priced at $17, the crabs are served “kara-age” style. The soft shell crab is lightly dusted with potato starch then flash fried to achieve a light crisp exterior so they meat stays juicy and shells are crispy and light. Sushiko serves them with a house-made ponzu sauce designed to bring out the “sweetness” of the crabmeat.

Central, 1001 Pennsylvania Ave. NW, is now offering its $35 pre-theater prix-fixe dinner as a post-theater dinner from 9 p.m.-midnight Monday through Saturday as well.

The pre-/post-theater menu changes seasonally with options scaled for timely going to and coming from the theater or other event. The restaurant is near the National, Warner and Ford Theaters as well as Landmark’s E Street Cinema.

The current pre-/post-theater menu includes the choice of buratta and yellow tomato gazpacho, goat cheese Caesar salad or frisee salad with bacon and a poached egg of an appetizer;
Salmon with zucchini and fennel with citrus-ginger dressing, Michel’s fried chicken with mashed potatoes or vegetarian pearl pasta risotto for an entrée; and a pistachio raspberry tart, Michel’s chocolate bar or house-made ice cream and sorbet for dessert.

Also this summer, the restaurant will offer weekend market fish specials on Friday and Saturday evenings.

Jameela Hassan in as pastry chef at Macon Bistro & Larder 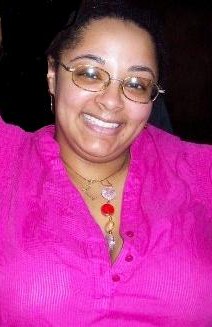 Hassan brings 12 years of experience. At Macon Bistro, she is reunited with executive chef Daniel Singhofen. Hassan worked as the pastry chef at his three-star restaurant Eola. She is a fourth-generation Washingtonian who fell in love with cooking while watching Lidia Bastianich, Rick Bayless and Julia Child on public television. After spending two years at Allegany College of Maryland, she returned to the District for a pastry job at Peter Smith’s PS 7 Restaurant.

She’s also served stints at Againn and The Hamilton. She most recently served as part of the opening team at Fabio Trabocchi’s Fiola Mare. Hassan joined Macon Bistro & Larder in April 2015 as the larder manager and was promoted to the position of pastry chef this month.

New to the menu are white peach and blackberry cobbler with whiskey and cinnamon ice cream. She also recently introduced a smoked pecan pie, chocolate-cream pie, vinegar pie, as well as a cheese pie and cinnamon sugar donuts with chocolate sauce. Desserts range from $7-$9.