In the past two weeks, we’ve gone over remembering that play exists and how to do it. But there’s an elephant in the room not yet addressed.

Of course kids want to go out and play! They don’t have smartphones and they’re not allowed to watch Game of Thrones or True Blood. And sure, there is the Wii Fit and and the XBox Kinect, but while those are great fun, that’s a bit of an investment. It’s not fair. We adults have all of these delicious distractions that make it so even in our precious free time, we can’t be bothered to do something as silly as play. Not even for the sake of exercise.

Never fear. I’ve even dug up a few games for grown ups that don’t even require you to put away your phone. 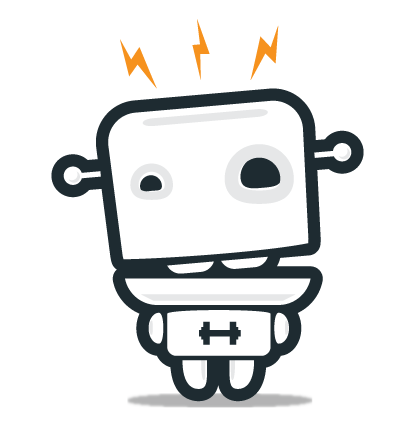 A cross between a social network and a game, Fitocracy gives you “points” and “levels” for every exercise you do. From intense workouts such as weight lifting sets and long hikes, to a few points here and there for a set of jumping jacks in between commercials, Fitocracy users can watch their level climb as surely as any video game hero. Fitocracy even offers quests of increasing difficulty for bonus points. A user may get an extra 10 points for the first time she tries the barbell bench press, but when she works up to multiples or max weights, she’ll get more points for harder work! Users can even unlock “achievements” for exercises, social interaction and promotion on the site. If you get really into the gaming mode, feel free to issue challenges to other users via Duels. Who can outrun, outlift, outfight you? Fitocracy is free to sign up, can be linked to your Facebook, Twitter or other social media profiles, and in addition to the site, has apps for Android and iOS. 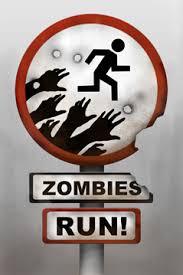 Turn off The Walking Dead and live it for a little while, eh?

Zombies, Run! is an intensive running game intended to scare you into moving your feet. Developed in 2012 for the iOS and Android, Zombies, Run! is more than just your average run tracker app. The immersive story is told via audio tracks written as radio broadcasts. You are a survivor in a post apocalyptic zombie world. A voice crackles over your headphones — some survivors in a helicopter can see you! Unfortunately, they can’t receive transmissions, so they just have to hope you can hear them. Keep running!

As you go, the app rewards your time and distance with necessary supplies — first aid, weapons and canned food — seems easy enough. If you enable your GPS, the zombies will indeed “chase” you. Nothing helps you find your second wind like the groans and shuffling of the undead in your ears! The zombies get louder as you slow, so keep your speed up.

My favorite part of Zombies, Run! is the option to mix your music in with the transitions. Load the Shaun of the Dead or Zombieland soundtrack on your phone and run for your life! We all remember (or on certain nights, maybe we don’t remember) the pain of drinking games. Nothing made the sixth or seventh viewing of a movie or TV show like pointing out every repeated catchphrase with a sip of your cocktail and seeing how long you could last.

Fans on the Internet, perhaps moved by the expanding waistlines of too many beers, took this idea to the next level with fan-made workout games! Images have been popping up all over Tumblr and Facebook with “the rules” for many popular shows — Supernatural, The Vampire Diaries, the Harry Potter movies — even political coverage. Much like a drinking game, they rely on the common tropes to get you moving. For example, the Glee workout game requires squats whenever a character cries about not getting a solo, and the Doctor Who workout game insists on V-ups when characters travel through time! For the truly dedicated, there are even rules for what to do during the commercial — jumping jacks for a car commercial, crunches for fast food!

I hope by now I’ve convinced you that a bit of fun can be had with your workouts. If you’re not having a good time with movement after this series, it may be time for boot camp! Summer’s coming, so you have two ways to get moving: with a smile or without it. The choice is yours, so have fun!