Why We Obsess Over Patterns in Our Dates

“Stop dating four-letter dudes,” my friend Heather (seven letters) told me. “You have a problem. You need to break this habit, the way some people don’t date Geminis.” 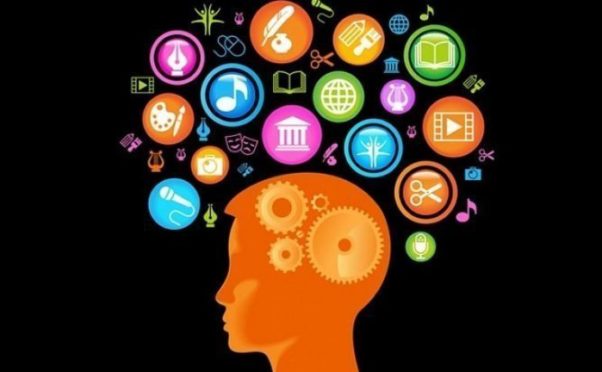 You can notice a pattern in anything, but whether you chalk it up to the Baader Meinhof phenomenon (frequency bias) or view it as a sign from the universe has to do with where you fall on the spectrum of magical thinking. (Graphic: Shutterstock)

While I am always scanning new paramours for red flags, I had never before heard anyone cite the number of letters in a name as a potential sign of a romantic mismatch. But when I ran the numbers, my seven-letter friend was spot on; there is a significant overrepresentation of fours in my dating record. Going back to third grade, my first crush was a ginger-haired boy who went by Beau, kicking off a string of suitors with easy to pronounce, one-to-two syllable monikers. As if the names weren’t generic enough, I have even had repeats — more than one bad boy named Alex, a couple of nice-guy Daves. My version of Mambo No. 5 would sound lame as hell.

Whether it is too many hurts-so-good Scorpios, more than one boyfriend named Paul or a case of “lead singer syndrome,” as my friend Caroline has dubbed a weakness for falling for the frontman, it is not uncommon to create taxonomies out of our romantic rosters. It is also true that you can notice a pattern in anything, but whether you chalk it up to the Baader Meinhof phenomenon or view it as a sign from the universe has to do with where you fall on the spectrum of magical thinking. I tend to lean skeptical, but I dabble enough that I decided to dig deeper and find out if there was anything to this four-letter phenomenon.

According to Dr. Alexandra Solomon, licensed clinical psychologist and author of Taking Sexy Back, the impulse to pinpoint a pattern stems from a desire to make sense of the chaos and randomness of dating.

“When I hear thinking like, ‘I don’t do Geminis’ or ‘No more redheads,’ what I hear is, ‘I’m anxious, and I need to find some way to bind my anxiety,’” said Solomon. When a client is fixating too much on what they perceive to be the common thread in a string of failed relationships, Solomon said she aims to redirect the focus back to them. “The more somebody feels sturdy, resilient and clear on the inside, the less they’re going to grasp for these external structures,” she explained.

Names, among other external cues, are more than just arbitrary signifiers; we give them power because of our associations with them. You know when you have a crush on someone, you get a little dopamine hit when you see their name? Things haven’t changed all that much since grade school, when you would write your crushes’ name all over your notebooks, or play that game where you recite the alphabet while twisting the tab off a can of soda to find out the first letter of the person you like.

And our names define us more than we think. Studies show that you can literally “look like” your name because our faces conform to the cultural stereotypes around what we qre called. A phenomenon called “implicit egotism” explains why we may be drawn to names similar to our own — I am a four-letter girl after all — and certain names even perform better on dating apps than others. 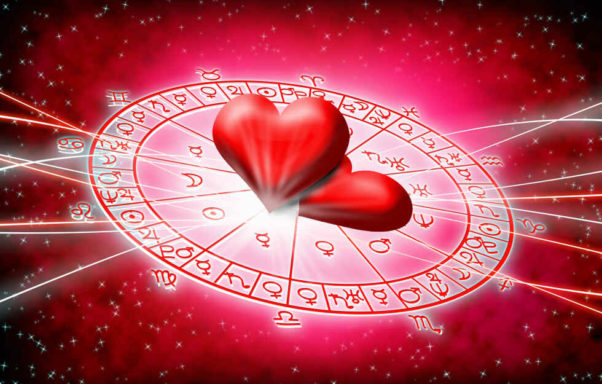 The impulse to pinpoint a pattern stems from a desire to make sense of the chaos and randomness of dating. (Graphic: Shutterstock)

But making too much of these overt patterns can distract from doing the work of looking inward. “If it’s, ‘I’m doomed to repeat the same relationship all over again,’ I’m hearing a story of passivity,” explained Solomon. The question we should be confronting, she said, should be, “Why do I keep getting drawn to this dynamic?” or “What are the roles that I keep playing?” rather than, “I keep choosing the wrong person.”

When there are repeat signifiers from one partner to the next, it makes it even easier to compare the two and misconstrue patterns that aren’t actually there, i.e., projecting problems you had with “Old Dave” onto “New Dave,” when maybe he doesn’t deserve it.

Besides, what if you are obsessing over a red herring? You may think a relationship tanked because they are a water sign and you are a fire sign, or their first name starts with an “R” and the last two R girls ruined your life, so you should have known better. But you probably can’t pinpoint one specific downfall, and going into a relationship thinking you already know the reason it isn’t going to work can lead to confirmation bias, or a self-fulfilling prophecy.

Even in numerology, a mystical study of the role numbers and numerical patterns play in shaping an individual’s fate, the significance of a certain number isn’t universally obvious — it means different things depending on the person. When I consulted with numerologist and certified life coach Donnalynn Civello, she likened picking up on a pattern of four-letter names to noticing a yellow car every day: “[The sign] is just saying, pay attention, there’s a pattern here. Now you have to decode the pattern.” During sessions with clients, Civello takes numbers culled from an equation with their birthdate as a starting point to delve deeper into what the numbers might represent to them. “Numerology is just a base foundation to crack your code,” she said.

If we keep our impulse to pattern our partners in perspective, though, there is a way in which it can offset the agita of dating. Coming up with playful pseudonyms for you or your friends’ latest hook-up not only comes in handy when you are gossiping about them in public; it reminds you that in years’ time, some of these idiots who hurt your feelings won’t be anything more than anecdotes in a game of Never Have I Ever. (After all, how devastated can you really be about someone you christened Trashfire Daddy?) Similarly, referring to someone as “another four-letter boy” or “Aries no. 2” is a weird trick that buffers you from getting taken out emotionally.