Restauranteur Hakan Illhan, who is behind restaurants such as Al Dente, Ottoman Taverna and Mirabelle, opened his moderately priced French restaurant, Brasserie Liberté in the former Morton’s steakhouse at 3251 Prospect St. NW in Georgetown in mid-November. 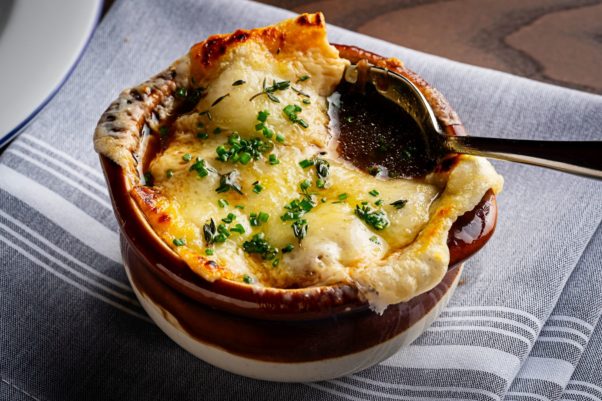 During a recent visit, my guest and I both started our meal with the French onion soup, which Hearn told DC on Heels took three months to perfect and three days to make. But he did get it right, served in a crock beneath a cover of blistered Emmental Swiss cheese. Inside the broth is swimming with loads of sweet onions in the complex beef and mushroom broth. 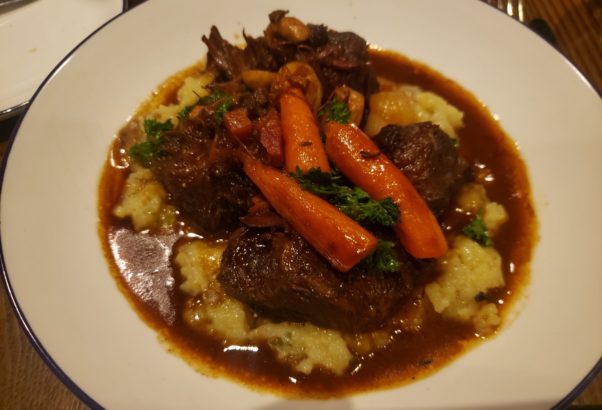 For my entrée, I chose the beef bourguignon, which was the best dish of the night. Tender red wine-braised short ribs are served with caramelized bacon lardons, carrots, pearl onions and roasted mushroom over mashed potatoes. Hearn incorporates pork skin into the braising liquid and adds a knob of butter before it leaves the kitchen to give the dish its glossy sheen. He also adds kombu and dried seaweed to the sauch for more umami flavor. The result is a deeply satisfying dish with meat that practically falls apart with just a fork. 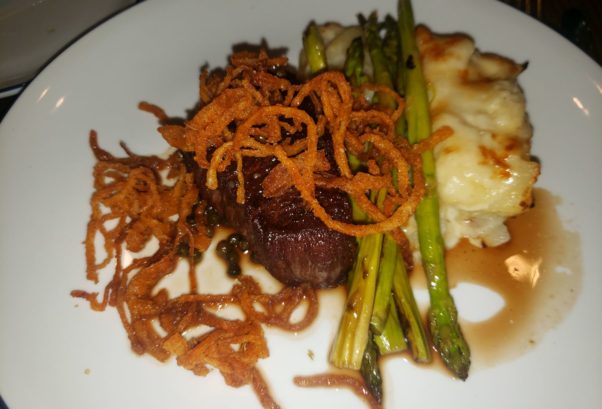 My guest ordered the pepper-crusted fillet mignon au poivre, which was served with horseradish potato au gratin, asparagus and a peppercorn sauce topped with onion strings. It too was tasty, but something you can get at steakhouses across the DMV. 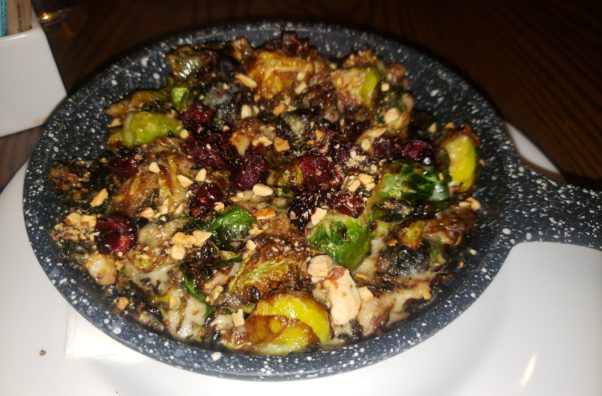 We shared an order of Brussels sprouts served with cranberries, almonds, mustard and bechamel. Unlike the soup and beef bourguignon, I don’t recommend the Brussels sprouts, which came out mushy, not crispy, and the bechamel was an odd ingredient. It needed something to brighten it up — which the cranberries were meant to do, but didn’t – like a garlic crema or apple cider gastrique. 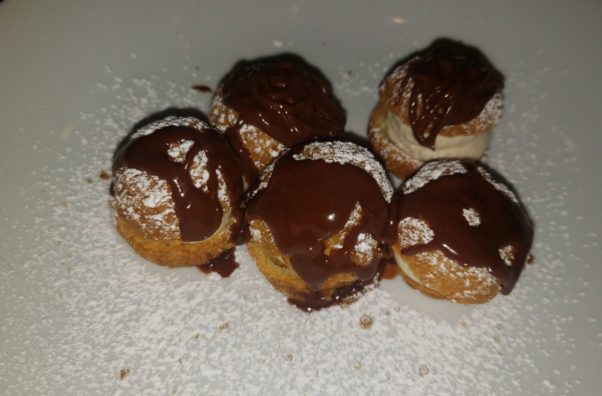 For dessert, our choices were profiteroles with chocolate sauce and an apple galette with almond frangipane and brie ice cream. The profiteroles change flavor with the season. In mid-January they were a light and delicious banana cream, an excellent ending to the meal. The galette, however, was made with a hard, dense shortcrust pastry that was tough to cut, even with a knife. And the brie ice cream just tasted like vanilla. 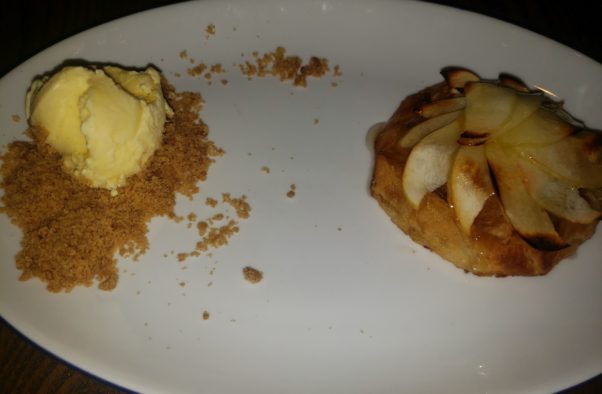 My biggest disappointment of the night was the noise level and location of our table in a hallway outside a private dining room. The private space was hosting a cocktail reception of some kind. Because only velvet drapes separate the private space from the rest of the restaurant, and because the drapes didn’t close completely, the noise and guests filtered out to our table so that we could barely hear each other talk without shouting. We were seated directly across from the entrance and guests would step out to have their photos taken, with flashes constantly going off in our eyes. Or they would step out and stand right behind our table saying their long goodbyes. Illhan needs to add a real wall and doors between the two spaces.