How to Break Up Without Being the Worst

Like leather pants, deals with the devil and Mini Coopers, relationships are incredibly tricky to get out of. Mostly, that is because ending a relationship sucks and there is no good time or way to do it. Trying to plan how to break up with someone without hurting them is like scheming about how to best drop a grand piano on someone’s foot. 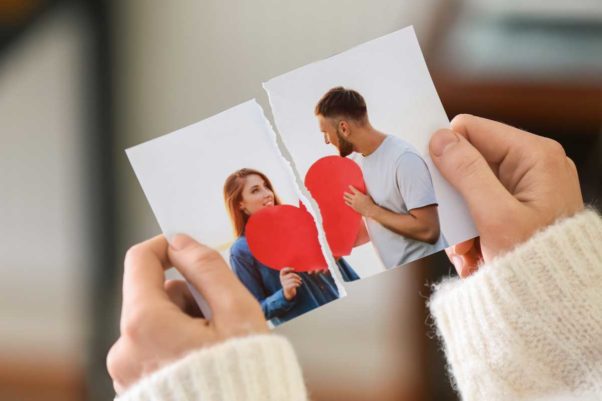 There are ways to break up, but make it less hurtful for everyone. (Photo: Adobe Stock)

On top of that, while society has a whole built-in sympathy mechanism for people who have been broken up with, we quickly forget about the person who had to do the dumping, which usually takes a lot of courage and self-inflicts a lot of pain. No one comes over with ice cream because you dumped someone. No one expects you to be locked in the supply closet at work crying again because you realize it is not working out with your partner. It is a lonely, isolating act, and you are the bad guy.

But there are, of course, ways to make it suck a bit less for all parties involved.

Pick a neutral time and place

That means not their birthday, not seven minutes before they are supposed to leave for work, and not while either of you is naked. Again, there is never a good time to break up with someone — it is not like anyone sits around thinking, “Eh, having my heart smashed would be okay right now.” You can, however, mitigate the awkwardness of the conversation by picking a private location (don’t break up over the phone unless you have to) and a time as far away from any major holidays as possible. No one needs their Aunt Fran probing them about why the two of you didn’t work out or to watch another friend get engaged over New Years while they try to not drunk dial you. Once you know that you need to break up with someone, it is difficult — and rather cruel — to keep going through the motions with them. That said, if you have somehow come to this realization during their PopPop’s funeral, keep it to yourself for a bit.

When you do have the conversation, don’t belabor it, and don’t have it more than once. Unless you share custody of something with a longer lifespan than a gerbil, you do not need to keep talking to this person. Maybe you have to send the dreaded, “I’m missing my Nintendo Switch controller; do you have it?” text, but wait at least one month to do so. If you are in the same friend group, your timeline of acting like things are cool between you two might be rushed, or perhaps you see them at work occasionally and must keep things cordial. Fine. But hashing and rehashing the breakup itself only prolongs the pain. So, if your soon-to-be-ex repeatedly asks to talk, it is perfectly reasonable (and, in fact, healthy) to say, “I cannot have this conversation again; I have let you know where I stand. I am sure that will seem very heartless of me, and I am sorry.” If you are going to be one of those unhinged people who insists on remaining friends, fine, but you, the breaker-upper, may not reach out.

There is a reason there aren’t pithy Hallmark cards to do your breaking up for you: the least you can do when severing a relationship is put it in your own words. Since the dawn of humanity, couples have broken up approximately 900 billion times (conservative estimate). No one is expecting you to pen some brand new, heretofore unspoken breakup soliloquy with new insights into what it means to lose love, but at least tailor what you are saying to the actual situation at hand. Say what you mean, be clear and concise, and get out. 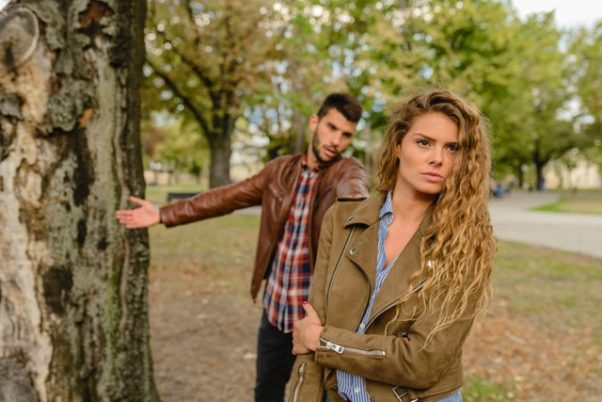 When ending a relationship, you should be truthful, but not overly honest. (Photo: Vera Arsic/Pexels)

Bet truthful, but not overly honest. At the heart of all breakups is the sentiment, “I don’t love you.” It may be, “I don’t love you enough to get through your gambling addiction.” It may be “I don’t love you anymore.” It may be “I don’t just love you; I also love Gigi from spin class.” Whatever your exact reason, the why does not need to be explicitly communicated. Even if someone begs you to give them a specific reason, it is rarely a good idea to disclose, “You are too much like your mother and that frightens me,” or “You lack ambition and it may be your depression, but I am unwilling to stick around and find out.” Those things are incredibly painful and stick with people for months, if not years. Be truthful, without being brutally, scathingly honest. You can say, “I am no longer in love with you, and I wish I were, and I wish I felt this was working because I do care about you a lot, but I can’t stay in this relationship.” That is truthful without saying, “I don’t think you are fun to be around.”

Remember that you can’t give closure

The reason brutal excavations of what went wrong aren’t worth it? Because there is no such thing as closure. The concept of closure rests on the idea that love and falling out of love are explicable, and therefore understandable. But in reality, it will never feel acceptable for someone to dump you. Closure is a well-propagated scam! It is delusional to think there are some magic words out there that you, the dumper, could say that would instantly heal the other persons’ wounds. Should they press you for a reason, it is okay to repeat yourself or to say, “I don’t know.” Sure, that might be annoying for your soon-to-be-ex to hear, but saying nothing sticks in the craw less than, “I still fantasize about my ex and don’t think you will ever stack up to her.”

Don’t back track or hedge

If you are going to break up with someone, do not leave any openings for the other person to talk you out of your decision. That only makes things 452 times worse the next time you break up with them, which will almost inevitably happen. (Sure, Chrissy Teigen and John Legend got back together and it worked, and so did your old boss and his third wife. Those are called exceptions; it is safe to assume you are not one). Once you have reached the point where you acknowledge you need to break up with someone, you need to go through with it. Much like a good golf swing, breakups are about follow through.

Apologize. Admit that this is on you. Agree that it is unfair. Take a little bit of a metaphorical beating (obviously I am not talking about verbal or physical abuse here, I mean be cool if you don’t get all of your books back). Own that you did this and then forgive yourself. It is easy to internalize that you are the worst bad guy of all time for breaking someone’s heart, for not wanting to spend the rest of your life with someone. But breaking up with someone is not a crime. It isn’t inherently cruel. It is just another part of relationships. Unfortunately, it is the shitty part, and this time, it is your fault.