The guide, which began in 1900, uses inspectors who always pay for their own meals, from around the world, and never sends the same inspector to the same restaurants twice. Restaurants are rated on creativity, personality, ingredient quality, value and consistency among others.

The Inn at Little Washington became the first restaurant in the DMV (and the only restaurant on the list outside the city) to earn three stars from the Michelin inspectors, who have been dining anonymously around the city for the last three years, gave the restaurant an additional star this year.

“Our inspectors are especially impressed with the consistency of the restaurant scene in D.C.,” said Michael Ellis, the outgoing international director of the Michelin Guide, in a statement. “Every starred restaurant recognized last year has maintained exceptional quality and steadiness. Notably this year, our inspectors found the kitchens of chefs Patrick O’Connell (The Inn at Little Washington), Ryan Ratino (Bresca), Robert Wiedmaier and Brian McBride (Siren) to demonstrate fine attention to detail and serve high-quality, top-notch cuisine.”

Over several visits to The Inn at Little Washington, which celebrated its 40th anniversary earlier this year, the Michelin inspectors were impressed by the balance of creative, chef-driven cuisine and impeccable technique from O’Connell. Bresca, a “cozy, stylishly designed neighborhood spot [that] offers well-executed and creative fare made with high-quality ingredients. Ratino’s clever use of ingredients and fine technique never get in the way of approachability and flavor,” according to a release.

Siren, owned by Wiedmaier in the Darcy Hotel that opened in April of last year and led by executive chef and partner McBride, “sources impeccable seafood and prepares it with surprising finesse on a level that warrants a star,” the release said.

Here is the full list (bold denotes a new restaurant or a change): 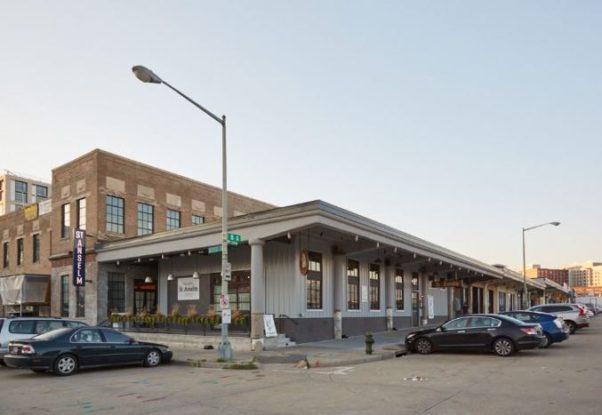 Well the menu includes a few dishes from the original Brooklyn location, such as the “ax handle ribeye,” a huge, bone-in signature that is like a regular ribeye, but meatier, it features off-cuts of naturally raised, small-farmed, local-when possible cuts of meat like hanger steak and flatiron. There will also be an apricot chutney-glazed heritage pork porterhouse, grilled leg of lamb with Mediterranean salsa verde and grilled salmon collar. There are also dishes for vegetarians such as whole roasted cauliflower with tahini and puffed amaranth and grilled artichoke hearts.

The funky-Americana décor is sort of like a mountain lodge crossed with a fraternal order including fez hats and banners.

St. Anselm is open from 5-10 p.m. Sunday through Wednesday and 5-11 p.m. Thursday through Saturday. Lunch and brunch will be added in the future. 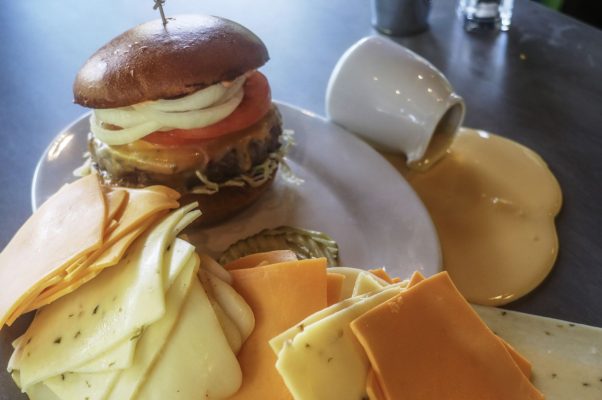 To redeem the special, diners must b a VIP member. Non-members can sign up for a free VIP membership on the spot or online to get the special price..

The offer is for dine-in only and limited to one cheeseburger per guest.

Sababa, 3309 Connecticut Ave. NW, will celebrate Yom Kippur from 4-7 p.m. on Sept. 18 with a $35 four-course, prix fixe menu before the day of atonement begins at sundown (7:13 p.m.). The restaurant’s a la carte dinner menu will also be available. 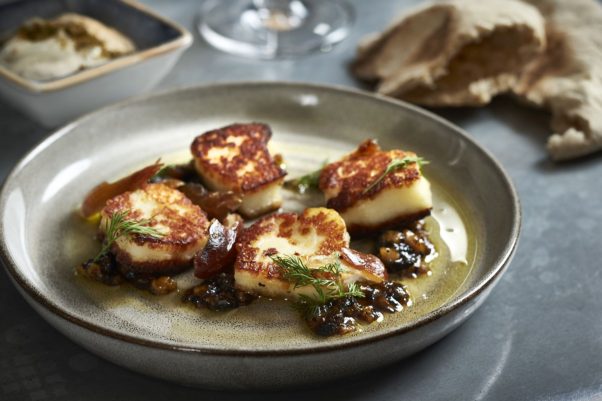 The meal begins with a salatim plate consisting of roasted beet with tahina and pistachio; cucumber with dill, onion and lemon; and hummus tahina served with pita. That will be followed by an appetizer with choices including charred eggplant with herbed labneh, pomegranate and pistachio; roasted halumi with dates, honey and charred lemon; Israeli salad with cucumber, tomato, onion, avocado and watermelon; fried cauliflower with tahina, golden raisins, dill and lemon; or pomegranate-glazed chicken liver with sumac onions and pomegranate seeds. The entrée choice includes a kebab from the wood grill served with Hawaij-spiced rice, roasted chili and tomato. Choices include salmon with pomegranate-labne marinade; harissa-marinated chicken thighs; sumac and onion-marinated steak; and lamb and beef kofta. Dessert options include halva-chocolate pot de crème; konafi cake with shredded filo, apricot labne filling, pistachio and whipped cream; or mahalabia, milk custard with strawberry-rose syrup, strawberries and pistachio brittle.

Throughout the month, the restaurant and bar will offer daily specials, plus rare bourbon flights. End each Tuesday during the month, it will host the High Top Drams happy hour by pouring complimentary bourbons for guests from 5-7 p.m. Each featured whiskey will also be available in an Old Fashioned cocktail for $10 following the tastings. This Tuesday’s featured whiskey is Straight Edge Bourbon aged in old red wine casks, Whipsaw Rye and Slaughterhouse American whiskey. On Sept. 25, Big Level bourbon, the first wheated bourbon made with 100 perecent of Smooth Ambler’s own distillate will be highlighted.

In addition to the free Tuesday tastings, Jack Rose will showcase bourbon this week with five days of events:

Thursday, Sept. 20: Classics and Spinoffs bourbon cocktail takeover from 5-10 p.m. at the saloon bar with 12 bourbon cocktails for $10 each. The menu will showcase six classic bourbon cocktails, including the Manhattan, Old Fashioned, Julep, Whiskey Sour, Boulevardier and Rickey followed by their own creative cocktail spinoff.

Friday, Sept. 21: Pappy Hour from 5-7:30 p.m. in the saloon with the full Pappy Van Winkle collection available at special prices.

Red’s Table in Reston is celebrating Oktoberfest with beer and brat specials from Sept. 22 through Oct. 7. (Photo: Red’s Table)

The restaurant will also offer a selection of seasonal Oktoberfest beers on draft from local craft breweries, including Center of the Universe Brewing in Ashland, Va., Old Bust Head Brewing in Warrenton, Va., Flying Dog Brewery in Frederick, Md., and Old Ox Brewery in Ashburn. Draft pints are $7 each. 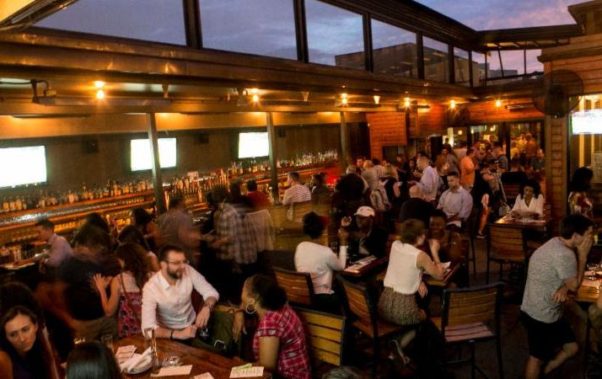