Last spring’s popular Cherry Blossom Pop-Up Bar, 1841 Seventh St. NW, is returning from Mar. 1-Apr. 29, and it will be bigger than ever. 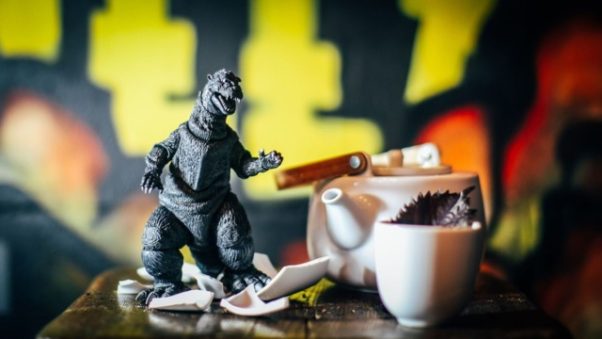 Drink Company will use three bar spaces in the Shaw neighborhood this year instead of two. The spaces that used to house Mockingbird Hill and Southern Efficiency will be decorated with five times more cherry blossoms than last year. The back room of Mockingbird Hill will be decorated with hundreds of silk peonies and roses and 1,500 Monarch butterflies affixed to paper lanterns. Southern Efficiency will become a tea house in a Japanese garden with cherry blossoms, plus shoji rice paper and a tiled roof that represent the tea house.

The former Eat The Rich space will be decorated like 1940’s post-war Tokyo with lit signage, painted paper lanterns, store fronts, a mural and other features that make it feel like you are walking through a skinny alley. In the back you will encounter a 10-foot animatorinc Godzilla.

Customers can order from the same list of 10 cocktails in all three areas for $13 each. Drinks from Paul Taylor, Drink Company’s head of bar concepts, include a traditional Chu-Hai with soda, shochu, citrus, toasted rice orgeat and Manzanilla sherry garnished with a citrus Rice Krispies treat. Others include a cherry blossom gin and tonic with pickled cherry blossoms, rose water and orange water; and the “A God, An Alpha Predator, Godzilla” made with Nigori sake, shochu, Blanc Quinquina and fresh honeydew juice. The menu will include a key indicating each cocktail’s sweetness from one bee (not too sweet) to three bees (pretty sweet).

Japanese bar snacks and a selection of Japanese beer, sake, whisky and non-alcoholic sodas will also be available.

The Executive Diner and Café is looking to open Mar. 12 at 1400 Duke St. in Old Town Alexandria. 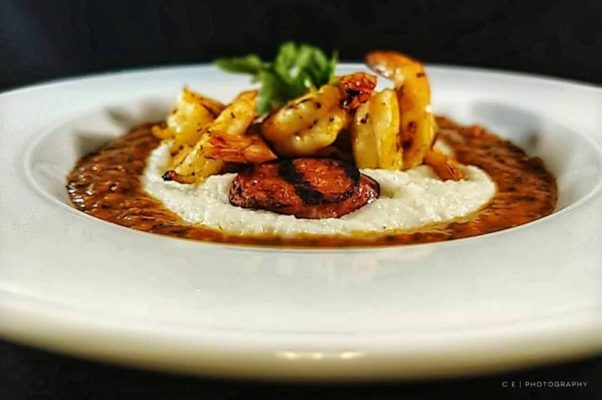 Owners Susan and Jerry Pnevmatikatos have owned area businesses for 20 years including several day care and preschool locations affiliated with Brentwood Academy near Mount Vernon, but never a restaurant. The couple decided to open the diner after busying the building to install a large commercial kitchen to prepare lunches for their six day cares and preschools when they ran out of space in a smaller kitchen.

But the 26,000-square foot building is bigger than they need for the commercial kitchen. With ample frontage on Duke Street, the couple decided to open a restaurant. Executive Diner will take about 6,000 square feet and have about 115 seats.

Dadisi Olutosin, formerly of Sequoia and the defunct Park View Patio, is the executive chef and said he will serve comfort food from low country cooking to West African food with a mix of Asian, traditional Southern barbecue and Creole cuisine. Dishes he has posted photos of on his Facebook account range from baked macaroni and cheese, Japanese-style buttermilk pancakes to pulled pork sandwiches and Creole shrimp and grits.

The restaurant will be serve breakfast, lunch and dinner all day from 5:30 a.m.-11p.m.

Owner Andy Shallal wants to keep his flagship Busboys and Poets location at 2021 14th St. NW open 24 hours a day, seven days a week. It is currently open 24 hours on Fridays and Saturdays.

That should come as welcome news to night owls since there are few restaurants in the city that stay open around the clock. Among them are IHOP in Columbia Heights, Osman & Joe’s Steak ‘n Egg Kitchen in Tenleytown, The Diner in Adams Morgan and Surfside in Dupont Circle.

Shallal said last week that he is awaiting approval from the city. If the 14th and V Streets location is successful around the clock, Busboys and Poets locations in Brookland, Mount Vernon Square, Takoma, Hyattsville and Shirlington could also be open 24 hours eventually.

The Classics in Silver Spring will close on Feb. 27 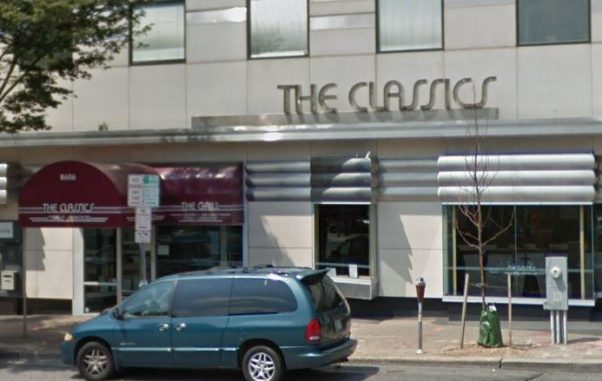 The Classics restaurant in downtown Silver Spirng will close permanently on Feb. 27 after its parent company filed for bankruptcy. (Photo: Google Maps)

The restaurant is directly across the street from the AFI Silver Theatre and Cultural Center. It first opened as Ray’s the Classics in 2006. It later dropped the “Ray’s” on July 1, 2013 when original owner Michael Landrum sold the restaurant to Elliott Rattley and Nick Lopata, longtime employees.

The restaurant specializes in steak and seafood. It has a formal main dining room and a smaller area known as The Grill, which offers a less expensive menu with first-come, first-seated service.

In a press release, Rattley blamed “initiatives by the Montgomery County Government that never came to fruition” and because “the Montgomery County Government has yet to show any support for the independent businessman in this area. Along with the onerous burden that the ineffective Montgomery County Department of Liquor Control places on an independent operator by their over the normal, for every local jurisdiction, pricing structure to support a bloated and antiquated bureaucracy, and the unfriendly business climate that Montgomery County in general creates, the continuance of this business is untenable.” He added the recent announcement that Discovery Channel would leave its Silver Spring headquarter for New York City hastened the decision. 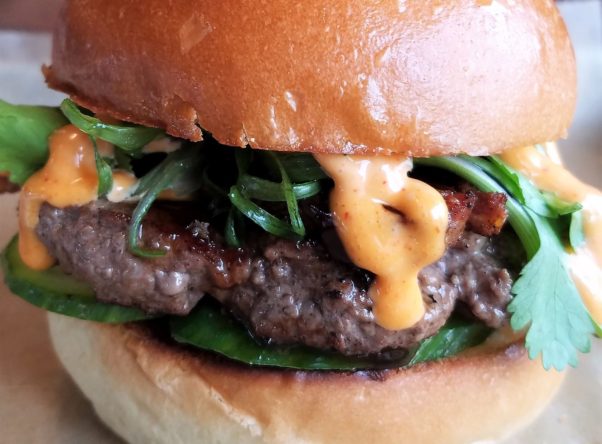 The burger includes a beef patty topped with hoisin-glazed pork belly, scallions, cucumber, cilantro and spicy red chile aioli. The shake-of-the-month is passion fruit-coconut. The burger is $10 and the shake is $5.50 through the end of February.

TenPenh in the Silverline Center at 7900 Westpark Drive, Tysons Corner, is serving a prix fixe, three-course Passport. February is the final month of the Passport program with a focus on China. 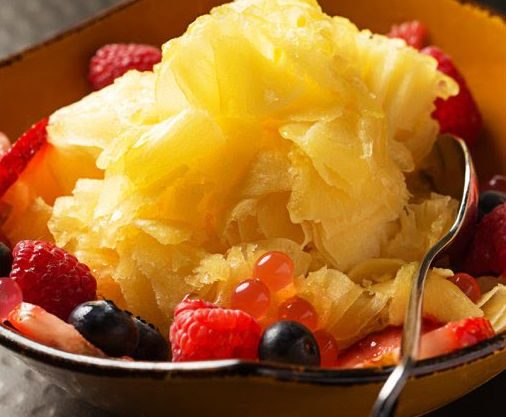 The feature menu during the month includes a first course of steamed shrimp and scallop shumai dumplings with spice black vinegar dipping sauce; a main course of soy and ginger lacquered game hen with aromatic bamboo jade rice and chinese broccoli; and dessert of Taiwanese shaved snow with condensed milk, popping boba and fresh fruit. The meal is $29 per person or $39 with pairings.

Passport holders who complete their six-month long tour of Asia, which illuminated cuisines from Vietnam, the Philippines, Thailand, Korea and Japan as well as China, will win a prize. 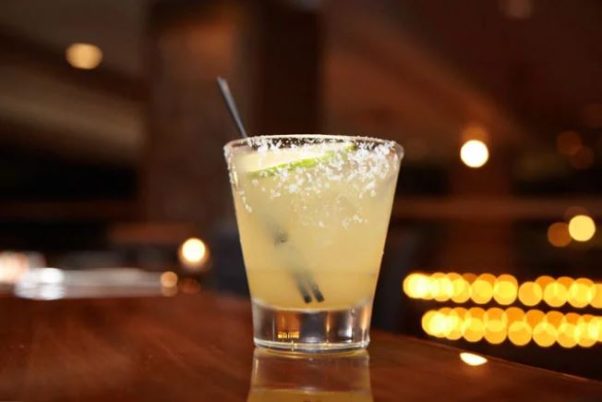 The house margarita along with four others will be $7 at MXDC on Feb. 22. (Photo: Jeff Elkins)

While many people give up meat during Lent, Morton’s steak house is serving a Lenten special of steamed twin lobster tails for $39 until Easter. The special is good from 5 p.m. until closing on Fridays only. 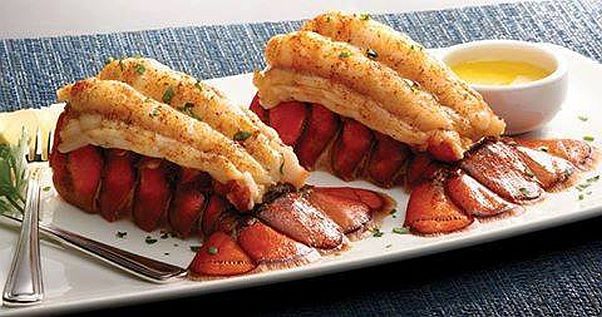 The Source by Wolfgang Puck, 575 Pennsylvania Ave. NW, will ring in the new year with lion dancers and drums in honor of the Year of the Dog from 7-9 p.m. on Feb. 27 with its annual Night Market celebration featuring food stations throughout the restaurant followed by a three-course sit-down dinner. 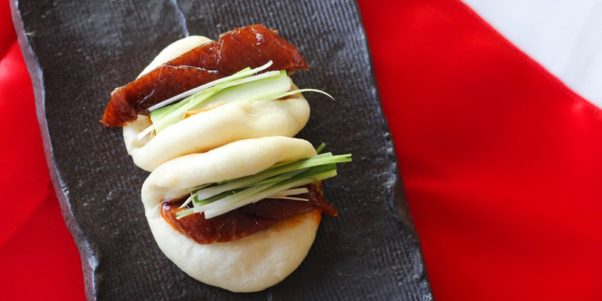 The Source is celebrating the Chinese New Year with its annual Night Market celebration featuring food stations throughout the restaurant followed by a three-course sit-down dinner, as well as a lounge takeover. (Photo: The Souce)

Executive chef Russell Smith has partnered with chefs from around the city, including Mike Rafidi of Arroz and Requin, Joe Neuman of Sloppy Mama’s BBQ and Kevin Tien of Himitsu in a takeover of the downstairs lounge. The chefs will provide their own interpretations of Chinese-inspired dishes.

The lounge takeover will include multiple dishes from Smith, Rafidi and Tien. Neuman will be on site with his smoker. Beer will be provided by 3 Stars Brewing and unlimited Wolfgang Puck wines are also included. Tickets are $100.

The dinner is $85 per person with an additional $35 per guest for an optional wine pairing.

Smith will also lead a hands-on dumpling cooking class from noon-2 p.m. on Feb. 24 teaching guests how to make pot-stickers and spring rolls with accompanying sauces. The interactive demonstration will guide guests through filling preparation and folding techniques. Following the class, participants will enjoy a family style brunch including the dishes they cooked in class. 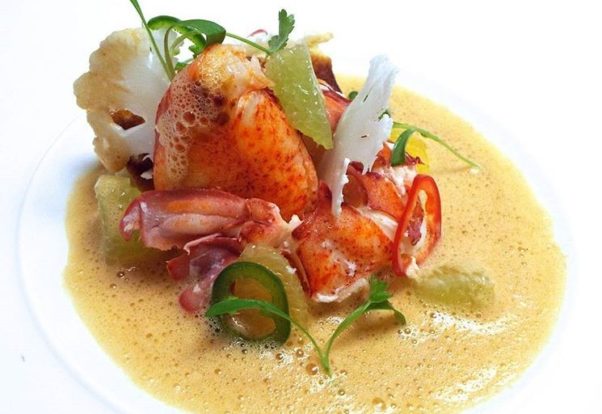 Chef Randall Matthews hosts a weeklong pop-up at All Set Restaurant next week. (Photo: All Set)

Upon graduation from The Culinary Institute of America, Matthews returned to Maryland where he served as a banquet sous chef at The Country Club at Woodmore. Shortly thereafter, he was tapped for a position at Bourbon Steak, the Michael Mina steakhouse at Four Seasons Hotel Washington, D.C., where he worked for three years. Matthews began work as a line cook working his way up to senior sous chef, under executive chef Adam Sobel, before relocating to San Francisco to serve as corporate executive sous chef for The Mina Group, where he helped open 15 restaurants around the world.

In January 2017, Matthews returned to Washington to serve as executive chef at the Fox Restaurant Concepts. In June 2017, he opened True Food Kitchen. In December, he launched his own hospitality and consulting group, Ten24, which hosts events for private clients.