With Valentine’s Day just a few days away, a survey released Wednesday ranked Washington, D.C. among the best 10 states in the United States for singles, ranking the District as ninth best. Neighboring states Virginia and Maryland were ranked 29th and 42nd, respectively. 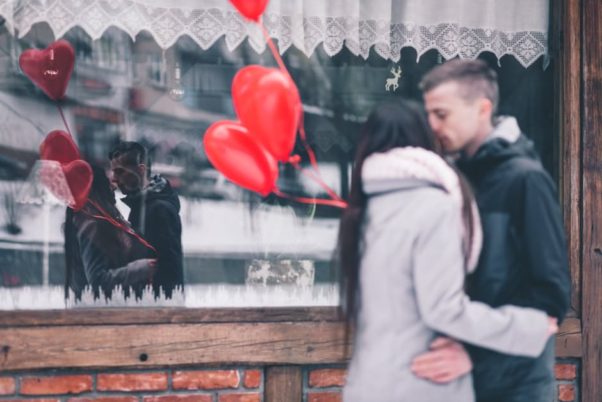 Singles in D.C. have a better chance of finding a date than most other states including Virginia and Maryland. (Photo: Pexels)

The study was compiled by D.C.-based WalletHub, a personal finance website that regularly ranks American states and cities on a variety of social and economic subjects.

On a side note, if you have already found love, WalletHub researchers estimate that you will spend an average of $136.57 this year on Valentine’s Day.

The survey found that besides your looks, personality and employment status, your location can influence your odds of finding a romantic partner. While everyone has different priorities when searching for love, some places are more conducive than others to dating.

In states with a low cost of living, for instance, your income might stretch further, which means cheaper or more frequent dates, depending on what you value more — or your level of stamina. But with a bit more financial leverage, you might appreciate a state with more attractions guaranteeing new experiences for both you and your potential other half. But dating is also a numbers game, so a state with a higher proportion of single adults improves your prospects.

To find which states combine all those qualities and more, WalletHub’s data team compared the 50 states and the District in three categories and 23 sub-categories. “Dating opportunities” analyzed the number of singles, ratio of single women to single men, percentage of households with a broadband Internet connections, percentage of adults who own a smartphone and online-dating participation. “Dating economics” included average beer and wine prices, movie costs, beauty salon costs, haircut costs, median annual household income, housing affordability (rent for a one-bedroom apartment), job growth rate, overall well-being index, unemployment rate for singles and overall unemployment rate. And “romance and fun” looked at restaurants per capita, number of attractions such as museums, cultural performances and zoos, nature parks and other similar institutions per capita, fitness and recreational facilities per capita, movie theaters per capita, music festivals per capita, nightlife options per capita and the crime rate.

A higher percentage of D.C. residents have smartphones than in any other state. Maryland was a close third. (Graphic: WalletHub)

The data came from the U.S. Census Bureau, Bureau of Labor Statistics, FBI, U.S. Department of Housing and Urban Development, TripAdvisor, Gallup and other sources.

D.C. has more restaurants per person than any state, while Maryland is 48th of 51. (Graphic: WalletHub)

10 best states to be single:

10 worst states to be single: