Being married could improve your likelihood of surviving a heart attack or cancer and is associated with reduced length of hospital stay. 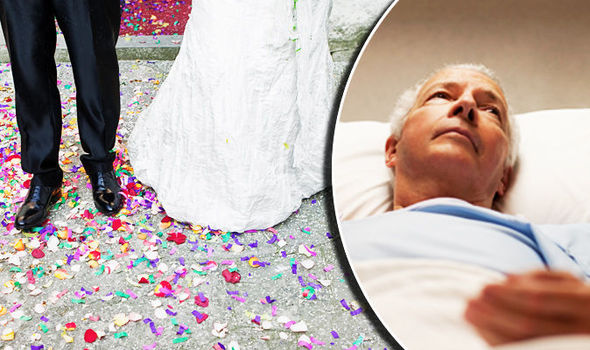 Divorced people fared worse than others, the researchers found, and had a 7 percent greater risk of death from heart attack than the single patients, perhaps because of the increased stress or social isolation they experienced.

Researchers, who studied more than 25,000 cases between 2000 and 2013, said it isn’t clear why married people are more likely to survive a heart attack, but feel the findings “emphasize the importance of physical and emotional support after the attack.” 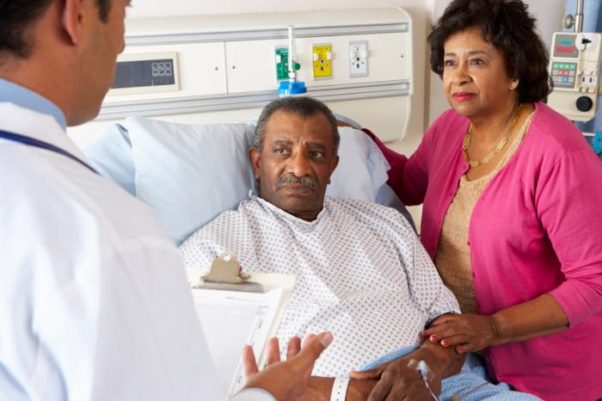 Doctors should consider support after discharge when treating a patient. (Photo: Getty Images)

“Our results should not be a cause for concern for single people who have had a heart attack,” said Dr. Nicholas D. Gollop, clinical research fellow in cardiology and presenting author from the University of East Anglia. “But they should certainly be a reminder to the medical community of the importance of considering the support a heart attack survivor will get once they’re discharged.”

Researchers said the results show the need for doctors to consider the psychosocial effects of a heart attack, and consider them as a risk factor, when treating and managing the discharge of a patient.

Cem Hilmi, 42, from London, was rushed to the hospital three years ago after collapsing in the kitchen. Support from his wife, Rosa, and the rest of his family helped him recover. “After feeling a bit unwell and some numbness in my arm, it turned out that I’d had at least three serious heart attacks and needed emergency surgery. I was a keen runner but after the heart attack I couldn’t even get up the stairs on my own. Your life changes in one instant,” Hilmi said. “I was determined to physically get better, but the emotional impact was huge and at times seemed the greatest obstacle to my recovery. With support from family, particularly my wife, friends (and) my local cardiac rehabilitation team … I overcame the emotional and physical barriers. Six months after the heart attack, fully recovered, I was able to do a half marathon.”

“A heart attack can have both devastating physical and psychological effects – most of which are hidden from the outside world,” said Dr. Mike Knapton, British Health Foundation associate medical director. “These findings suggest the support offered by spouse can have a beneficial effect on heart attack survivors, perhaps helping to minimize the impact of a heart attack. When you have your heart attack, whether you’re married or not, it’s important to remember that you are not alone. Enrolling on a cardiac rehabilitation course, for example, will help you to recover physically, psychologically and also help you to meet people with similar experiences, who know what you’ve been through.”

Although previous studies have linked marriage to improved heart attack recovery, this is the first study to suggest that marital status affects how quickly heart attack patients are discharged. Being discharged sooner would cut the cost of a hospital stay along along with a lower risk of hospital-acquired infections. 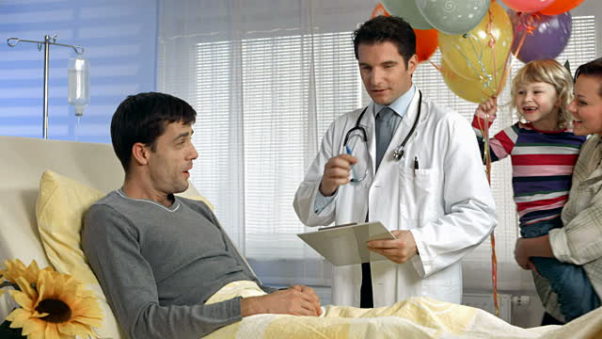 Patients with a spouse or family are more likely to stick to treatment. (Photo: Getty Images)

Research on almost 60,000 people with a range of blood cancers has also revealed that on average married people were 20 percent more likely to survive than single people, while single men fared the worst. Data in the study, drawn from the California Cancer Registry between 2000 and 2009, included people with leukemia, lymphoma and multiple myeloma.

A cancer diagnosis can leave people feeling lonely and that can have a detrimental effect, with many forced to skip meals or attend vital appointments alone. At worst it can result in patients refusing treatment altogether.

“Single patients often present at a later stage and are sicker,” said Matthew Wieduwilt, assistant clinical professor of the U.S. blood and marrow transplantation program and study author. “If you are single, you don’t have someone at home nagging at you to get checked out — this is particularly true with men. Women tend to have more support even if they are single.”

He added, “Married people and people with families are more likely to stick to treatment. They have a support system making them go to chemo, reminding them to take their medication. They are also more motivated to seek out healthcare. To put it bluntly, they have something to live for. These results show that health services need to take more care of single patients, they need to be the surrogate for a spouse.”

Professor Maria Elena Martinez, of the University of California, San Diego, and co-author, said: “Being single should be a red flag for doctors. If a cancer patient comes in without a family member or spouse, it should be a warning sign. Medical staff need to ask the patient about the support at home. Doctors need to go that little bit extra with single patients. In our data, men benefit more than women from having a partner. Men tend to get more social support out of a marriage than women.”

The British Health Foundation contributed to this report.