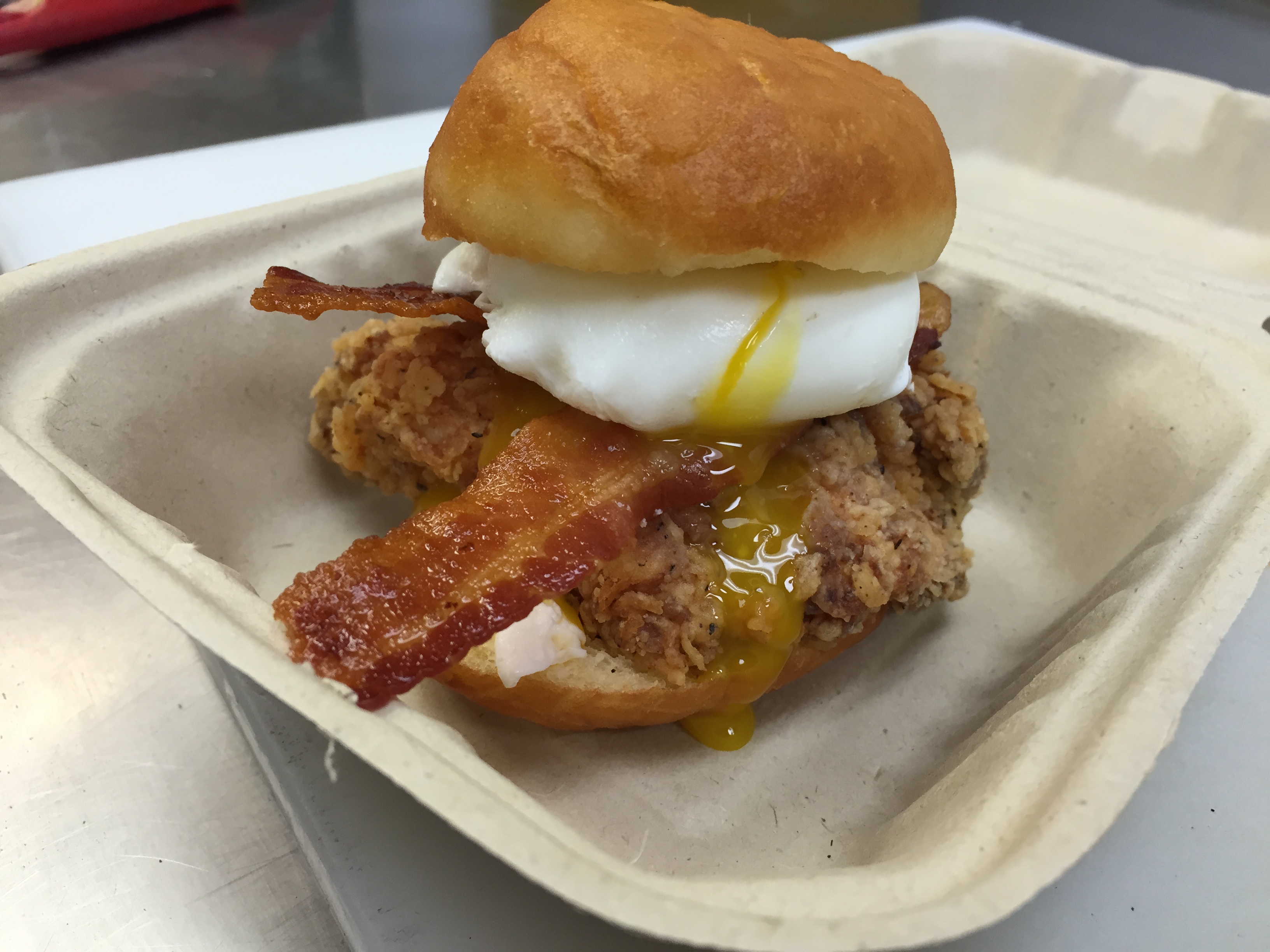 The new breakfast egg sandwich has a poached egg on a savory doughnut for $4.50. A fried chicken version is available for $5. Diners can add an egg from Trickling Springs for $2, bacon or sausage gravy for 75 cents and Trickling Springs cheddar cheese for 50 cents. It is available from 7:30-10:30 a.m. Monday through Friday and 9 a.m.-noon on Sarturday.

Cashion’s Eat Place, 1819 Columbia Road NW, is celebrating the city’s official cocktail — the Rickey – all month long with a pop-up Rickey bar featuring specials and flights of the staff’s own Rickey creations.

Cashion’s staff has created its own take on the classic Rickey cocktail, which traditionally just requires bourbon or gin, lime and soda.

Among the Rickeys will be the “Wild Thing” with Jim Beam Rye, a housemade “Northern Neck Farms Two-Way Tincture” and fresh lime, topped with Herout Cidre cotentin organic sparkling cider from Normandy, France. The tincture is made with fresh blackberries, hyssop and chervil steeped separately in grain alcohol and organic apple cider. After aging for four weeks, mixtures are strained and blended together to create the final product. Another is the Blue Shrub made by infusing Green Hat Gin with fresh mint and mixing it with house blueberry shrub, lime and soda. Finally, theres the Green Shipman made with Green Hat’s Navy Strength Gin, fresh basil, mint and simple syrup. 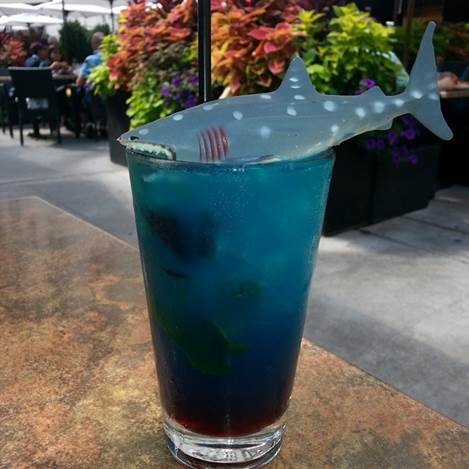 Rasika to close for renovation July 5-8

, 633 D St. NW, will close for four days, July 5-8, to get a total makeover. It will reopen in time for dinner service on July 9. The restaurant will soon celebrate its 10th anniversary.

The remodeled 140-seat restaurant, designed by Harry Gregory of ARA Design of London, who designed the original interior, will feature silk effect wall covering in a soft range of mustard colors in the main dining room along with new chair upholstery, which will be in shades of olive green and brown. A whole new feel is being created in the 16-seat private dining room incorporating a specially made wall covering from Europe’s Timorous Beasties. New “artichoke” lights finished in a soft brushed-gold tone are being imported from U.K.-based Chelsom Lighting. Rasika will keep its signature red and clear glass crystal curtain.

Patterned fabrics from Rubelli in Venice, Italy, will also invoke the feel of India. The contemporary feel of the restaurant will be enhanced by new armchairs from Potocco, a company also based in Italy and specially sourced for the make-over. Finally a new feature wall with shelves and lighting will exhibit original artifacts brought from India by owner Ashok Bajaj including antique pots and vases.

“The make-over is necessary to maintain Rasika’s good looks and cutting edge appeal,” said Gregory in a press release. “Without transforming the restaurant’s appearance too much, it was decided to freshen up the interior by changing the color palette and by providing new lighting, fabrics and furniture. However the first step is to install a new acoustic ceiling to lower the noise level which will make the restaurant an even more pleasant space to dine.”

A welcome reception starts at 6:30 p.m., and dinner begins at 7 p.m. Dinner is $145 per person and reservations are required. 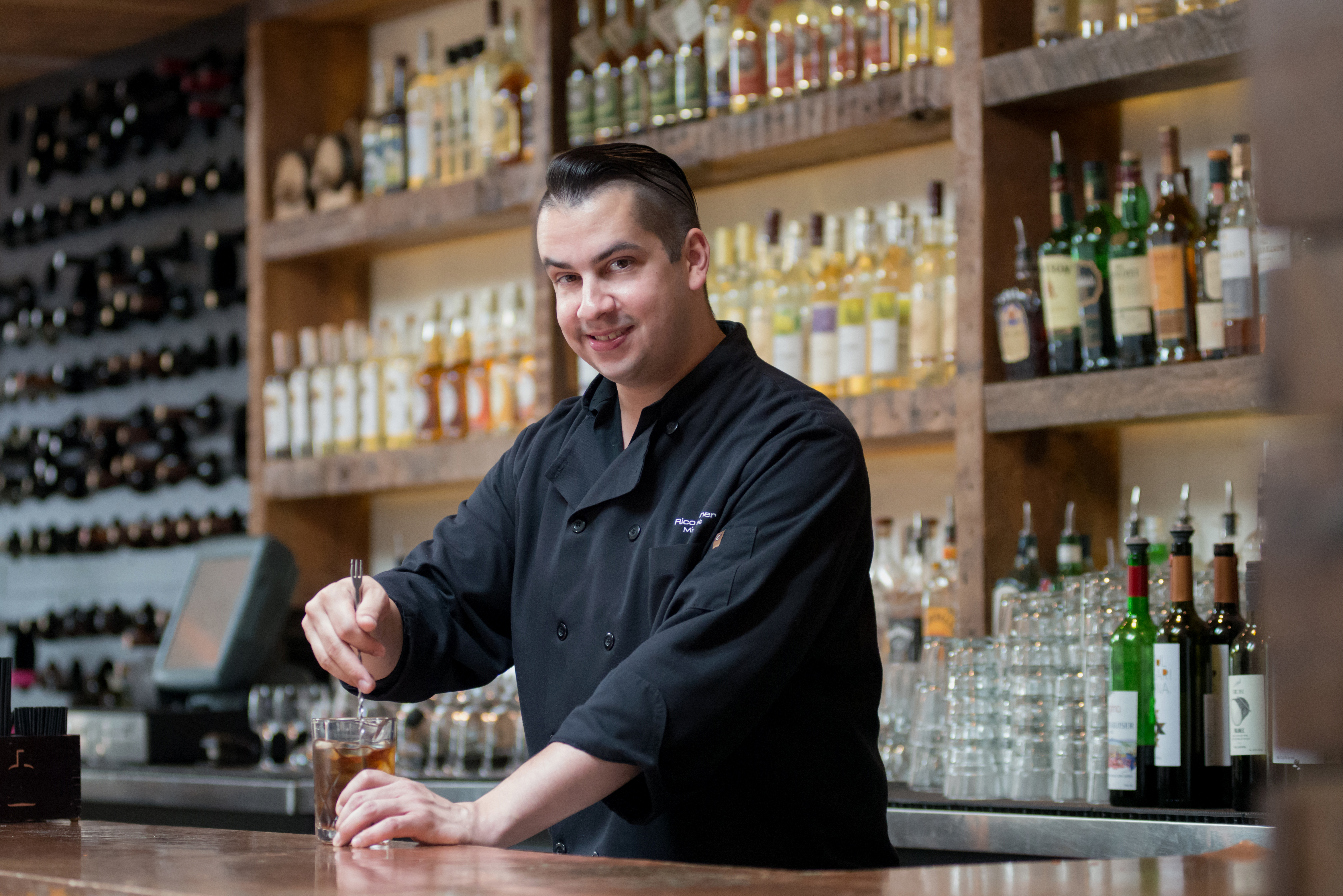 In his new role, Wisner will spearhead Ambar’s beverage program, which includes over 40 different varieties of Rakia, an alcoholic beverage produced by the distillation of fermented fruit popular throughout the Balkans. He will be responsible for the restaurant’s beverage focus both nationally and internationally as it expands. Wisner recently returned from Belgrade, where he developed the cocktail list for the new Ambar location in Serbia, which will open later this summer.

Prior to joining Ambar. Wisner was the bar manager for Graffiato. He was previously a bartender at BLT Steak and a lounge manager and mixologist at Kimpton’s Poste Moderne Brasserie. Wisner also managed the bar at McCormick & Schmick’s in Bethesda.

Wisner is a member of the D.C. Chapter of the United States Bartenders’ Guild and the D.C. Craft Bartenders Guild.