Chef Jonah Kim, formerly executive chef of the now-closed PABU Izakaya in Baltimore’s Four Seasons hotel, has announced he will open a full-service noodle bar and small plates restaurant, Yona, at 4000 Wilson Blvd. in Ballston this spring. It will be next to partner Mike Isabella’s Kapnos Taverna and Pepita. 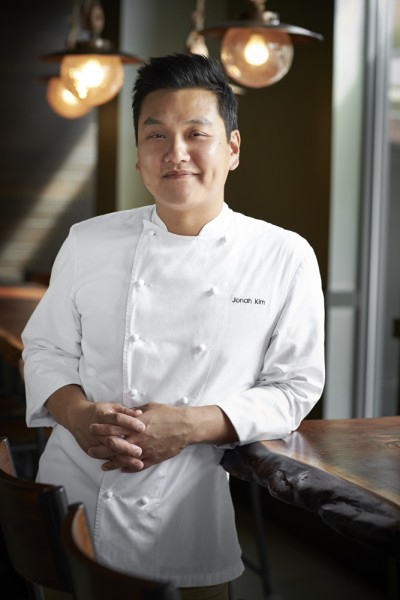 Kim’s first concept, Yona will be a full-service, casual restaurant open daily for lunch and dinner. The menu will feature both traditional and more inventive takes on ramen, including Kim’s tonkotsu pork broth and noodles made exclusively for the restaurant. In addition to ramen, the dinner menu will offer small plates that reflect Kim’s Korean heritage and Japanese culinary training such as steamed duck buns, crispy Brussels sprouts with fermented chili mayo, and Korean-style chicken wings double-fried with a gochujang-bourbon glaze. The lunch menu will focus on quick-serve items for including donburi rice bowls and ramen. Yona’s beverage program will feature a selection of craft beer, sake, and specialty cocktails designed by Taha Ismail.

“A ramen shop will be a perfect complement to the neighborhood, and we’ll have a lot of fun with the small plate Asian dishes we serve at dinner,” Kim said in a press release.

Yona will be Isabella’s first restaurant venture as a business partner with no influence on the menu. Isabella’s Kapnos Taverna is expected to open this winter, and the Mexican cantina, Pepita, in early 2015 in the same building.

All Set Restaurant & Bar to open in Silver Spring

Jennifer Meltzer and chef Edward Reavis plan to open the 4,740-square foot All Set Restaurant & Bar at 8630 Fenton St. in the Montgomery Center in downtown Silver Spring in early spring 2015. 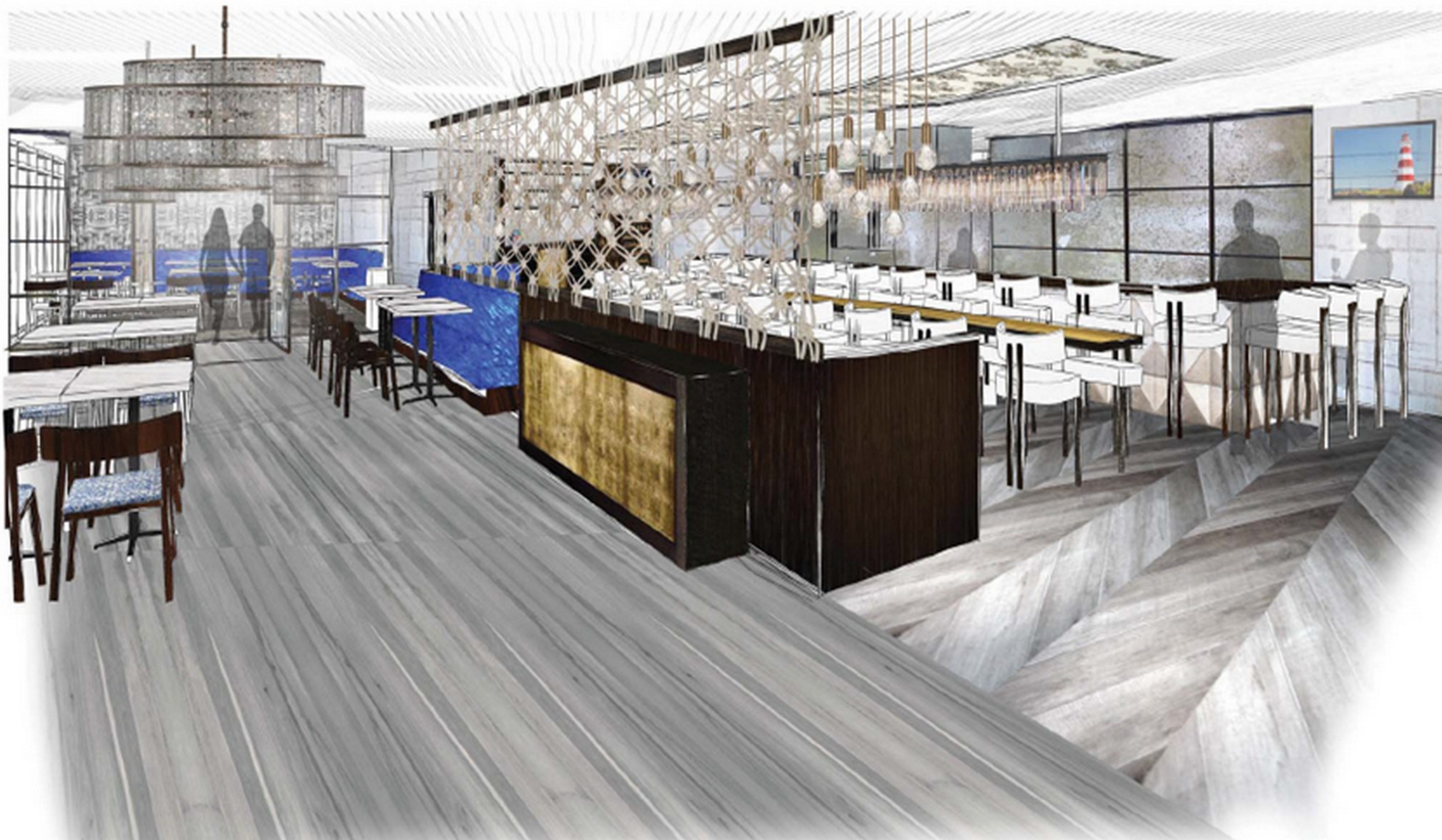 “The menu will feature American cuisine inspired by the traditions of coastal New England,” Reavis said in a press release. “Moderately priced, the menu consists of diverse offerings. The dishes available will be comforting and current, all while supporting local farmers and suppliers.”

The restaurant will be open daily for breakfast, lunch and dinner as well as brunch on weekends. The restaurant, designed by Streetsense, will include a 125-seat dining room, 15-seat bar featuring a raw seafood display and a 24-seat outdoor patio. A private dining room will also be available for private events.

Reavis, from Emporia, Va., most recently worked as sous chef at Cru Oyster Bar in Nantucket, Mass. He previously worked at Gaylord National, Morton’s Steakhouse, the Capitol Grille and several other D.C. restaurants including Tico, The Front Page, District Commons and Burger Tap and Shake.

Toast the holidays at Bibiana Osteria with Christmas cocktails

Among the list of festive cocktails is the Christmas Cookie with espresso, Prosecco grappa and lemon air; the Belladonna with bourbon, apple cider and cranberry; the Variopinto with Prosecco grappa, orange, honey, fig, ginger and rosemary tincture; and the Carino with Boyd and Blair, quince and pear jam, lemon and honey. The cocktails, being served through Dec. 24, are $12 each.

This may be the season of giving, but shopping for gifts can be a chore. So Slate Wine Bar & Bistro, 2404 Wisconsin Ave. NW, is offering a three-course holiday express lunch and glass of wine for $20. 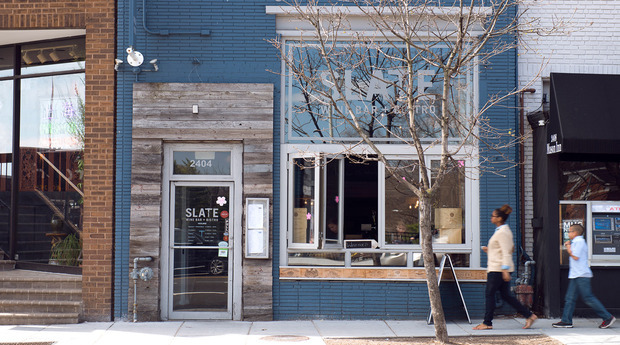 Slate Wine Bar & Bistro is serving a three-course holiday express lunch with a glass of wine for $20. (Photo: Gilt City) 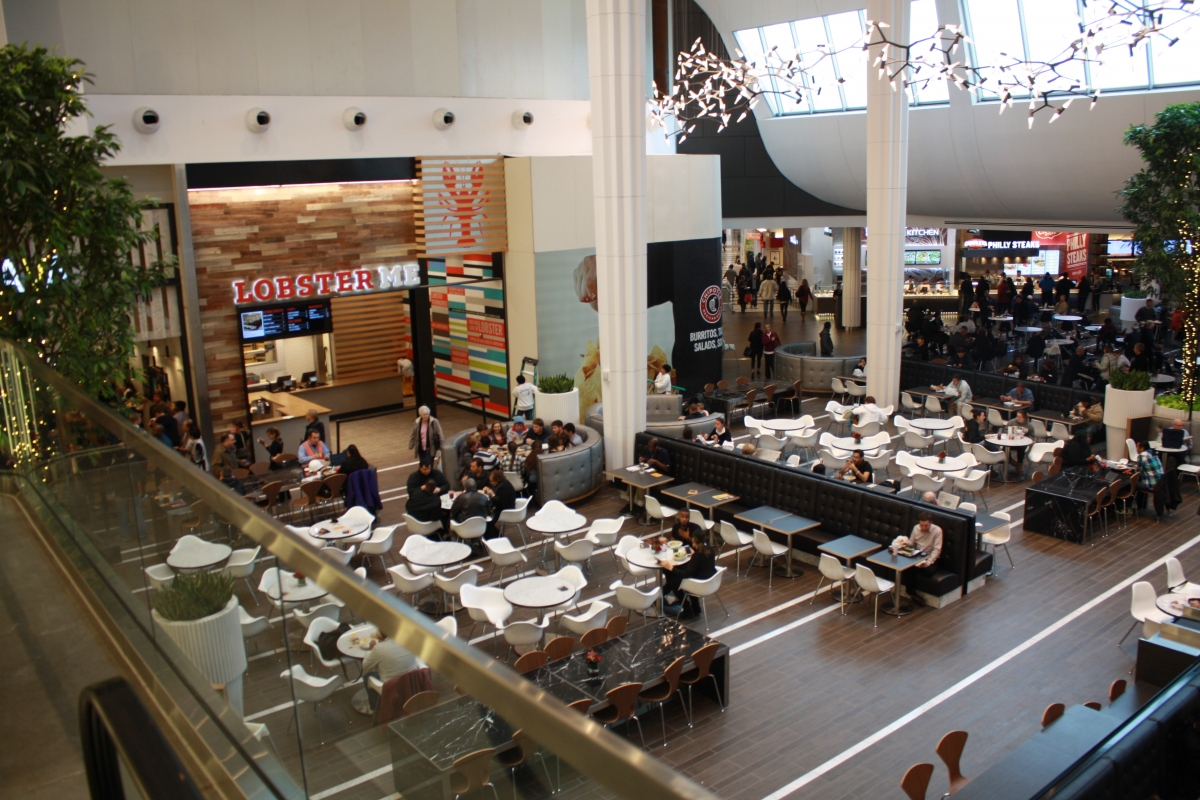 Lobster ME serves lobster rolls featuring Maine lobster in a variety of flavors, including Cajun and Vietnamese, as well as traditional Maine Style. The menu features a variety of other lobster entrees such as lobster mac & cheese and lobster tacos. Lobster ME makes every item to order out of its ‘scratch’ kitchen using premium ingredients and sustainably harvested lobster from Maine.

“Lobster ME was founded with the goal of changing how people think about and enjoy lobster,” said CEO Jeffrey Fine in a press release. “We set out to create a unique dining experience that went beyond the lobster norms of white tablecloths or plastic bibs. The company is in expansion mode and as we considered locations for our first east coast location, we chose this city because the D.C. area loves lobster almost as much as we do.”

The Westfield Montgomery location will be the company’s third. The chain currently operates two Las Vegas restaurants including a location at the Miracle Mile Shops at Planet Hollywood Resort and Casino and another at the Grand Canal Shoppes at the Venetian Casino Resort. Lobster ME also operates a food truck in Las Vegas.

The restaurant’s interior design pays homage to the traditional lobster shacks of Maine, updated with refined materials and finishes for a more modern aesthetic. The Bethesda location was built from preserved old growth timber, reclaimed from the Penobscot River in Maine. 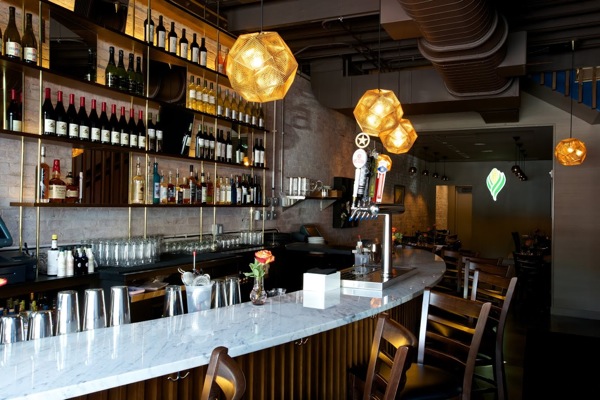 From the bar, all draft beers are $5 including Starr Hill Pilsner, DC Brau “El Hefe Speaks”, Atlas “District Common”, Flying Dog “The Truth” Imperial IPA, Port City Monumental IPA and Three Stars Peppercorn Saison. Cans of Natty Boh are $3. Wines by the glass are $5 and include Cline Syrah & Pedroncelli Sauvignon Blanc. Cocktail specials are the Harvest Rickey made with Green Hat Gin, lime juice and club soda; and the New Fangled mad with Catoctin Creek rye, orange, grapefruit bitters and pineapple juice. Both are $6. The happy hour menu is available at the bar only.

Corporate executive chef Allan Javery’s menu features seasonal American cuisine in which every ingredient is sourced from local farmers within a three-hour drive from D.C., with an emphasis on Pennsylvania farms. Diners can enjoy everything from not-so-classic benedicts to local raw and grilled oysters.

Second State offers a selection of handcrafted cocktails. Highlights include the Steel City Bloody Mary; kale Mary; Franklin’s milk punch with brandy, apple cider reduction, milk, lemon and nutmeg, as well as classics like the bellini and mimosa. Cocktails are priced from $8-$10. Second State is also offering bottles for the table. Guests can order a bottle of Veuve Clicquot for $45, or opt for a barrel of Dad’s Hat Pennsylvania rye whiskey, which also comes with mixers, ice, lemons and limes for $80.

Diners are encouraged to wear their Sunday best. Women who wear dresses and men who wear jackets get a choice of one complimentary glass of Veuve Clicquot or glass of Dad’s Hat Pennsylvania rye whiskey upon arrival.