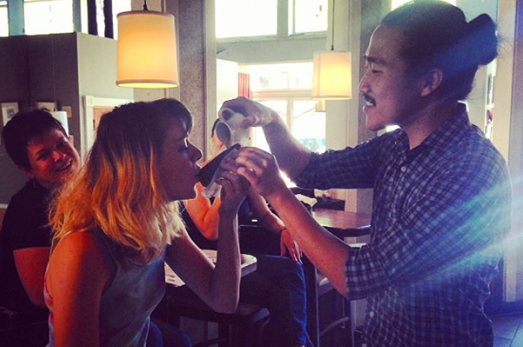 The eatery is a mom and pop, boardwalk-inspired, seafood bar and restaurant. The concept was inspired by the time that Manolatos spent on the Jersey boardwalk and Abad on the Gulf beaches of St. Petersburg, Fla. as children with their families. It’s a playful look back at the care-free establishments that made going to the beach an exciting thing to hear while they were growing up.

They say it will be a place to relax and have a cold, canned beer, sip on traditional boardwalk cocktails like an orange crush or Lime Rickey and slurp down some oysters from the raw bar or snack on boardwalk chicken.

There will be six beers, five wines and six mixed-drinks including the Bicycle Bomb, which is beer mixed with sparkling lemonade; the Jungle Bird made with El Dorado 8-year rum, cappelletti, pineapple juice and lime juice; and the Jonny Mac Highball made with Barton bourbon, tea, lemon, mint and soda water.

There’s also the Ice Cream Luge, a mint chocolate chip ice cream sandwich and amaro. Basically you use your tongue or a small tasting spoon to carve out a channel – the luge — in the ice cream on one side of the sandwich. The pour the shot of amaro from one end of the ice cream channel into your mouth and finish by eating the sandwich.

The drink is the concoction of bartender Eddie Kim, who is helping to design the drink menu. Kim used to prepare the luge as an off-menu late-night special at Room 11. The drink was inspired by the bone marrow luge — a fad among bartenders several years ago — where a shot of amaro or sherry was poured down half a bone after the marrow was cleaned out.

There is also the non-alcoholic Baltimore Lemon Stick, which is Manolatos creation. The carnival creation consists of half of a lemon with a hollow peppermint stick, sugar and bitters. You stick suck the lemon juice through the peppermint straw and it dissolves the sugar.

Pop’s SeaBar will be open for from noon-midnight Sunday through Thursday and noon-2 a.m. on Friday and Saturday.

City Tap House, 901 9th St. NW, is celebrating Labor Day with an Old Bay Day Party on Monday, Sept. 1 from 11 a.m.-5 p.m. with unlimited Maryland blue crabs seasoned with Old Bay’s blend of herbs and spices along with jambalaya rice and corn on the cob for $35 per person. 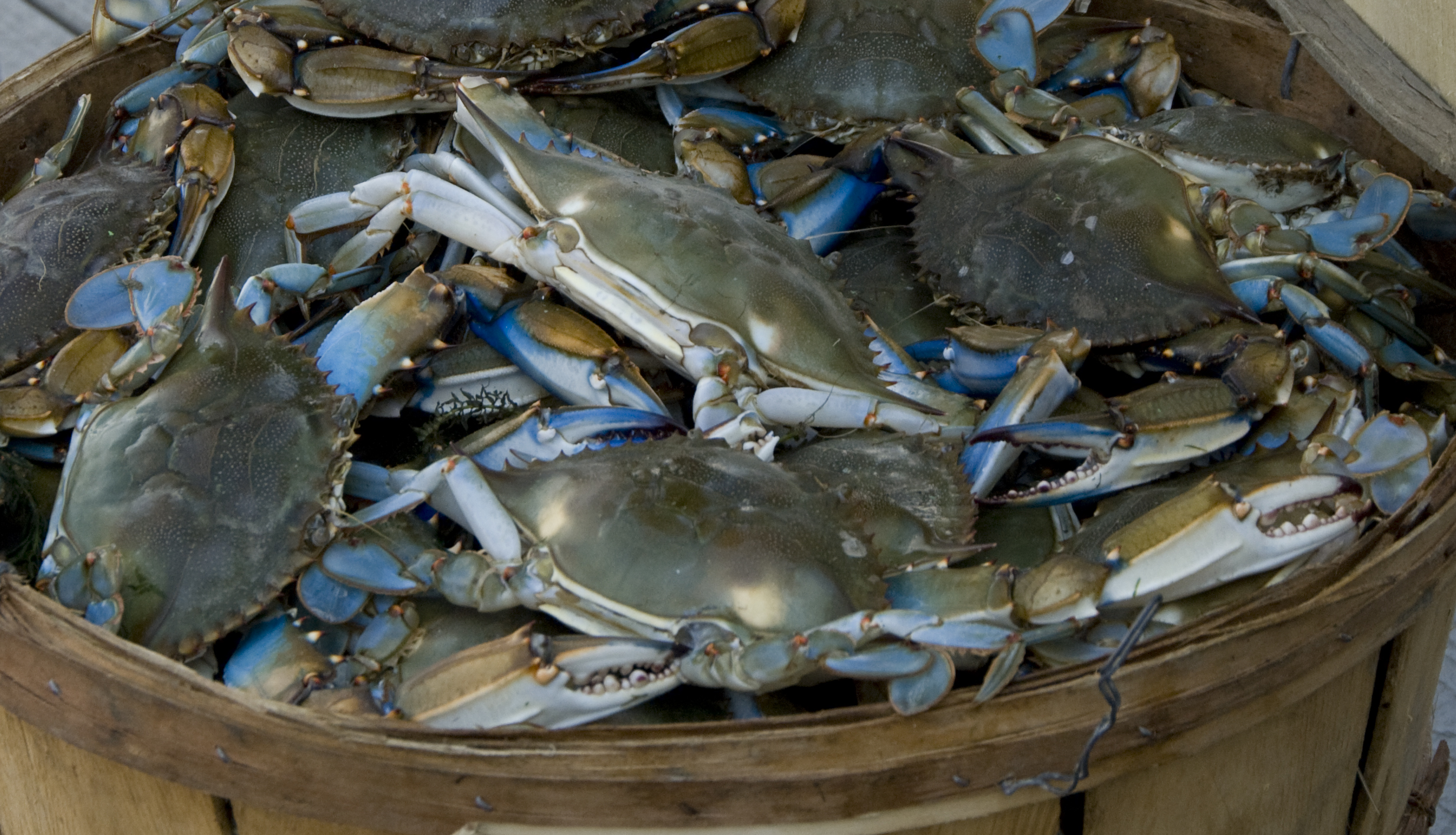 There will be a cornhole tournament on the restaurant’s patio throughout the afternoon. There is no cost to enter, but teams are asked to register by Sunday by contacting Liz Gartzke at egartzke@publichouseusa.com. The winner of the single-elimination tournament will receive a gift certificate.

Might Pint in Dupont will reopen as Second State

The Mighty Pint, 1831 M St. NW, which closed at the end of July for “venue maintenance,” will reopen as Second State when it reopens. 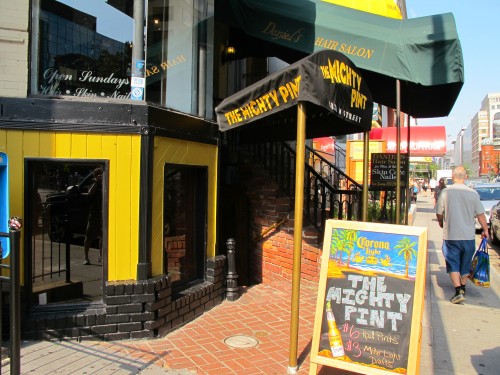 Second State will be a farm-to-table restaurant with a locally sourced menu and craft cocktails similar to Copperwood Tavern, but focused on his home state of Pennsylvania rather than Virginia as the Shirlington restaurant does. There will also be Pennsylvania beers. In December 1787, Pennsylvania was the second state to ratify the Constitution.

The tavern, which opened in May 2010 and served pierogis, had cheap happy hour prices and held Pittsburgh Steelers viewing parties, will become a more upscale restaurant. The Steelers watch parties will move to the Tortoise and Hare in Crystal City. There are also reports that Capitol Lounge on Capitol Hill will host Steelers fans on game days along with pierogi and kielbasa specials.

Gardner is opening a second 6,500-square-foot Copperwood Tavern location at One Loudon in Ashburn. Its opening is tentatively scheduled for September 2015. His Orange Anchor on the Georgetown waterfront is scheduled to open in October and Penn Social, at 100 Florida Ave. NE in NOMA later this year or early in 2015.

More details, including an opening date for Second State, when they’re available

Rice is one of the most widely consumed food staples, with many regional varieties from around the world, so this September, restaurateur Med Lahlou is showcasing an assortment at three of his D.C. restaurants.

Rice dishes will be featured at Station 4, Lupo Verde and Ulah Bistro in September. (Photo: The Nation)

Station 4, 1101 4th St. SW, will offer paella night, Wednesday evenings from 5- 11 p.m. Executive chef Orlando Amaro will create a different Valencian rice dish each week. Amaro works with local farmers and fish and meat producers to create his menu. On Sept. 3, the featured paella will be Bacalao paella with squid ink rice, piquillo peppers, fresh Pacific cod and garlic aioli. That will be followed on Sept. 10 with Del Campo paella with garbanzo beans, fava beans, chicken and mixed bell peppers. On Sept. 17, del mar y de la tierra paella will be served with saffron rice, shrimp, mussels, squid, chicken, chorizo and sweet peas. Finally on sept. 24, clams and chorizo paella with lobster broth, chorizo, Manila clams and mixed peppers will be on the menu. Paella is priced at $25 for one person or $35 for two. For the perfect pairing, diners can enjoy Sangria Carafes for an additional $15. 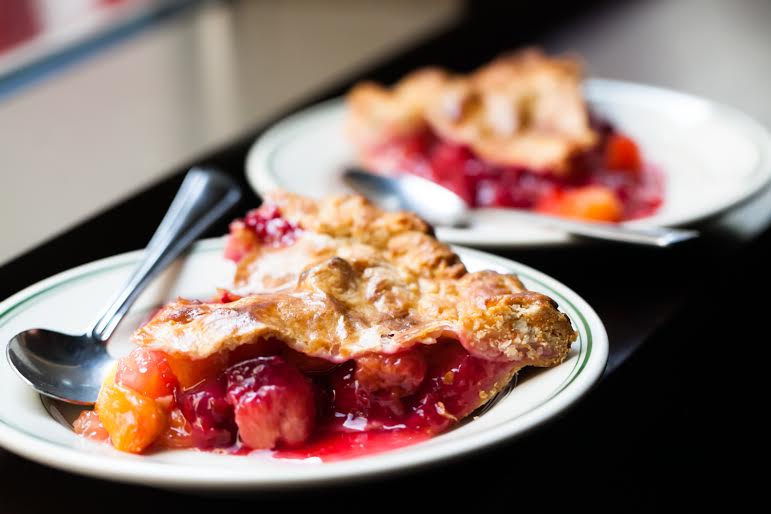 The stone fruit pie is filled the summer fruits of peaches, plums, nectarines and pluots, baked in a flaky pie crust and topped with whipped cream.

Knock Out Abuse Against Women promotes awareness and raises money to combat domestic abuse. Through the restaurant’s Pie It Forward program, a portion of proceeds from a different specialty pie flavor each month goes to a select charity.

Atlas Brew Works is celebrating its one-year anniversary from 1-5 p.m. next Saturday, Sept. 6 at the brewery, 2052 West Virginia Ave. NE.

For one day only, it will open the brewery doors, take over the street and throw one heck of a party. Atlas will be pouring their finest brews, D.C.’s best food trucks will be serving up their specialties and three area bands will take the stage. Tickets include admission, one beer and a donation to the Washington Humane Society.

Learn how to make hand rolls and inside/out rolls at Sunday Sushi School at Masa 14, 1825 14th St. NW, at monthly classes led by restaurateur and sushi chef Kaz Okochi. The first class is Sept. 7 and continue on the first Sunday evening of each month through the end of the year, from 6-9 p.m. 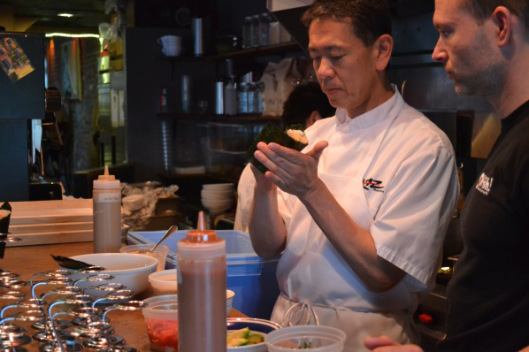 Okochi, who is a partner/owner at the Latin-Asian inspired restaurant, will teach patrons how to create the rolls along with the restaurant’s culinary team. Once the sushi lesson is completed, guests will return to their table to enjoy the fruits of their labor and can order a la carte from the restaurant’s full menu also.

Each class will focus on the construction of tamaki hand rolls with crunchy shrimp or spicy tuna and inside-out rolls featuring salmon or spicy salmon. A variety of sauces will be provided to incorporate into the rolls along with vegetables like avocados, cucumbers and scallions. Sake-lovers can pair their handmade sushi with a 6.8 ounce Nihonsakari Extra Day Cup Sake. The casual hands-on class is $15 per person with an extra $21 per person for the Nihonsakari sake pairing. A vegetarian option is also available by request.

Okochi was born and raised in Nagoya, Japan. After studying at Tsuji Culinary Institute in Osaka, he trained in sushi and fugu (blowfish) preparation. In 1988, he came to Washington to work at Sushiko, Washington’s oldest sushi bar, and became one of the first Japanese chefs in America to develop modern menu items from old, time-honored Japanese recipes. He was also the first to introduce premium Japanese sakes to the District in 1992. Okochi currently owns KAZ Sushi Bistro along with his partnership in Masa 14.