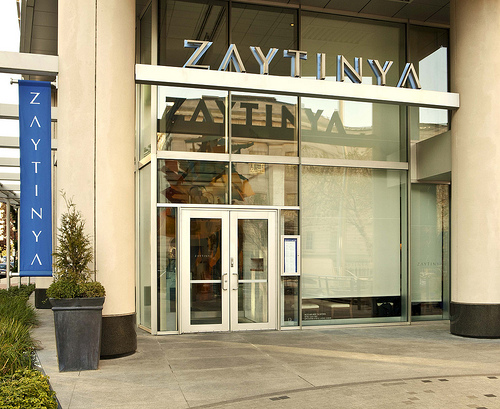 The entrance to Zaytinya (Photo courtesy of Zaytina)

The Greek Orthodox church calendar is calculated on the Julian calendar, so Greek Easter sometimes falls on a different date from the Western holiday. Greek Easter begins on Greek Orthodox Palm Sunday and ends the Sunday after Easter, the day of Saint Thomas. It is a time to honor the rebirth of spring and is considered one of the most sacred celebrations. Easter dishes play a significant role and many are only enjoyed during the Easter season.

Greek culinary educator and cookbook author, Aglaia Kremezi, will collaborate with Costa for a wine dinner on April 3 and a cooking class on April 4. Kremezi is a contributing author for the Los Angeles Times, BBC Good Food Magazine, Bon Appetit, Food & Wine and Food Arts. She is also the author of The Foods of the Greek Islands: Cooking and Culture at the Crossroads of the Mediterranean.

Special Greek dishes on the menu

Throughout the festival, Greek Lenten dishes including lachanosalata, Zaytinya’s take on the traditional shredded cabbage and carrot salad with Brussels sprouts leaves, olive oil, lemon and smoked walnut skordalia will be on the menu along with sopa me lahanika aladoti, a Lenten vegetable puree soup with cauliflower, rice, mushrooms, onions, garlic, bay leaves, thyme, black pepper, cumin and tahini garnished with crispy cauliflower and black tahini; and clam stew from Lefkada, the essence of the traditional clam soup with basmati rice, scallions, garlic, black pepper and lemon. 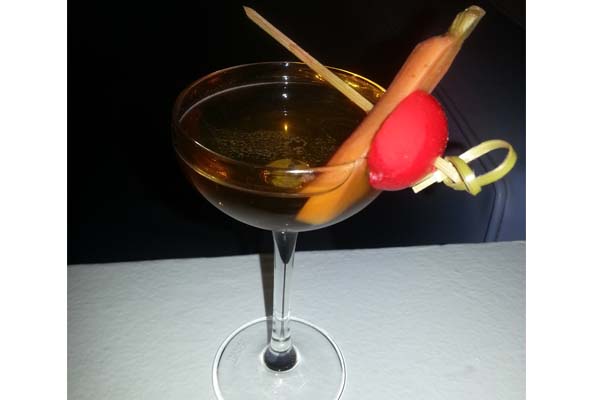 There will be a $35 per person prix fixe Sunday brunch featuring spit roasted lamb shoulder on March 31 and May 5. The Apokreas cocktail, named after a Greek carnival celebrating the wine god Dionysos and created by ThinkFoodGroup’s Juan Coronado, will be the featured drink during the festival. Priced at $14, it is made from metaxa, verjus and maple syrup garnished with red pickled quail egg and baby carrots.

A traditional-style agora, or Greek marketplace, will be held on Sunday, April 21, from 11 a.m. to 4 p.m. The second agorá, a modern interpretatio, will be held on Monday, April 22, from 6-10 p.m. The agorá will feature vendors selling local Greek artisanal goods and live Greek music. Guests can enjoy Greek culture and cuisine while visiting the interactive stations, sampling traditional foods, wines and spirits. José Andrés’ Pepe food truck will also be at the festival serving lamb shoulder sandwiches (priced at $9). Guests will be able to participate in a prize-drawing benefiting World Central kitchen with an assortment of item including signed cookbooks, dinners at Zaytinya and wines will be offered.